Is There Rhyme or Reason in Trump’s Approach to Syria, Afghanistan and North Korea?

Deepak Tripathi, PhD, is a Fellow of the Royal Historical Society and of the Royal Asiatic Society of Great Britain and Ireland. His research interests are South Asia and the Middle East, the Cold War and America in the world. His most recent book is Imperial Designs (2013), the final part of a Middle East trilogy published by Potomac, University of Nebraska Press. 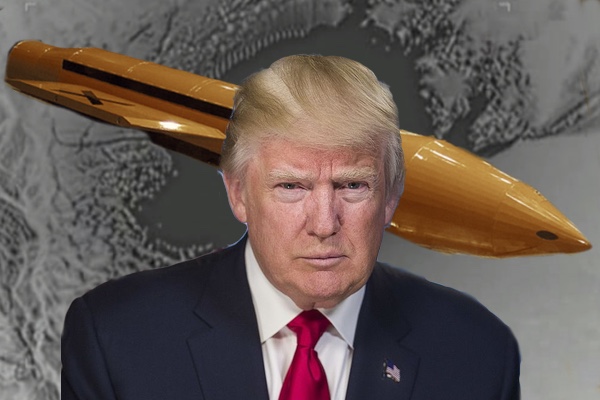 In November 2016, Donald Trump swept to the White House making some bewilderingly simplistic promises, which meant keeping out of foreign wars, and concentrating on dismantling America’s internal power structures to recreate them in his own vision. Three months after taking office, he has ordered two big military attacks on Syria and Afghanistan, both within a week. And he is warning of retaliation against North Korea’s maverick leadership. 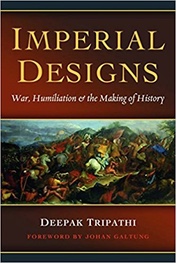 The start of the Trump administration has been chaotic. He is having to fight hard to implement his plans, especially health care and immigration. He has found that his dehumanizing anti-Hispanic and anti-Muslim rhetoric since his presidential campaign began in June 2015 will be problematic, and slow, to turn into reality.

Hence, Trump has turned his domestic frustration abroad at a dangerously early stage. It took President George W. Bush seven months, and the traumatic events of 9/11, to go on the warpath. Trump has not completed his first hundred days yet.

Donald Trump’s foremost targets are the Muslim world and North Korea. Like al-Qaida during the Bush administration, Trump singles out ISIS, an umbrella for many dispersed violent groups of Sunni fundamentalists, for the ills emanating from the Muslim world, and threatening civilization. He is also consumed by North Korea and its advancing nuclear weapons program. China, North Korea’s ally, has come under fierce criticism from Trump for not restraining the Pyongyang regime, and for manipulating its own currency to steal American jobs.

The Trump administration saw President Bashar al-Assad of Syria and his Russian patrons as useful tools in fighting ISIS. The decision to hit the Shayrat airbase with cruise missiles three days after a chemical attack was reported in the rebel-held town of Khan Shaykhun was a policy reversal by Trump.

One noteworthy aspect of the American attack on Shayrat was that while other Syrian facilities were hit at the airbase, the runways which Russia had expanded in 2015, and which Russian warplanes currently use, were spared. Within hours, bombers were flying new missions against anti-Assad forces. The attack on the Syrian airbase also helped Trump counter domestic criticisms of close ties with Putin and the Kremlin lobby, though it was not enough to stop new revelations.

To say that mutual accusations of recent days between the White House and the Kremlin amount to a phony war would be an exaggeration. For domestic political reasons, some tension with America’s foremost nuclear adversary serves a useful purpose, and the Trump administration is learning about political expediency. Nonetheless, Trump’s personal esteem for Vladimir Putin is obvious, and his language about the Russian leader and government is restrained.

Secretary of State Rex Tillerson’s recent visit to Moscow was full of warnings on both sides, but they were civil to each other. And Tillerson had a two-hour meeting with Putin. The relationship between Washington and Moscow may not be what President Trump would have instinctively wanted. But to say that it is at the lowest point is way over the top. US-Soviet relations were near a catastrophically low point all along from the early 1950s to the end of the Cold War in the late 1980s.

The change in Trump’s approach to China is also intriguing. He had predicted a “very difficult” meeting with the Chinese President Xi Jinping (April 6-7). Yet, after their state dinner and talks, Trump announced that they had made “tremendous progress,” and that they were going to have a “great relationship.” Trump made no mention of China the currency manipulator, causing a massive trade surplus in Beijing’s favor. On North Korea, Trump said that President Xi had explained the situation, and that he was confident that China would do something.

Trump’s manner of telling the Chinese President over chocolate cake that cruise missiles were on their way to hit Syria was strange and amusing. If the idea was to deliver a shock to his guest over sweet dish, it seemed not to have worked. China gave its verdict soon after Xi had returned home, with the state news agency, Xinhua, calling it “the act of a weakened politician who needed to flex his muscles.” The Chinese Foreign Minister, Wang Yi, phoned his Russian counterpart, Sergei Lavrov, offering to coordinate with the Kremlin to “cool” the escalating row. Trump had managed to push China and Russia closer.

The United States, meanwhile, sent warships to the region. Not to be left behind, North Korea showed off new missiles in a huge military parade in Pyongyang to celebrate the 105th anniversary of its founding leader Kim Il-sung. As American warships were sailing in the region, North Korea test-fired another missile. It failed, but there may well be more to follow.

As President Trump deals with Syria and North Korea, the stakes are high because of Russian and Chinese involvement. Afghanistan has no such risks. Nearly ten thousand US troops are already deployed in the country, and the Kabul government is totally dependent on American military protection and economic assistance.

Like the cruise attack on Syria, Trump’s decision to drop a 22,000 pound GBU-43 bomb (called the Mother of All Bombs) on a network of caves in the mountains of eastern Afghanistan filled him with excitement. It also generated considerable enthusiasm among journalists and analysts in the media.

The instant flurry of excitement aside, the bombing deserves a critical examination of facts, which are often ignored. The underground caves were built for, and by, the Mujahideen forces, who received massive support from the administration of Ronald Reagan in the 1980s – the decade in which the United States fought a proxy war against the Soviet Union in Afghanistan.

Those fractious Mujahideen groups disintegrated, and new recruits were attracted, giving rise to the Taliban. They, in turn, found common cause with al-Qaida in opposing the United States. Following the assassination of Osama bin Laden, elements of al-Qaida morphed into ISIS. The collapse of Saddam Hussein’s regime in Iraq, and Muammar Gaddafi’s regime in Libya, meant that more fighters were free to join ISIS.

President Trump called the bombing of the cave complex in Afghanistan “another success,” which made him “very proud” of American military. His administration first claimed that 36 ISIS militants had been killed in the attack. Afghan officials later said that more than 90 people had died.

Unlike what has happened in Arab countries, ISIS has found it difficult to establish a firm foothold in Afghanistan, where Afghan nationalism comes in direct conflict with pan-Arab Islamism. Consequently, ISIS-Khorasan (Afghanistan’s old name) is a small group compared to the Taliban – estimated to be no more than a few hundred. ISIS fighters include some disgruntled former Taliban, some new recruits, even fewer Arabs.

It prompted the Economist to say that although President Trump relishes headlines about his success, the significance of bombing in Afghanistan should not be “overstated as a military game-changer.” In 2001, the predecessor of the GBU-43 bomb (BLU-83) was used against the Taliban in the Tora Bora cave network. But the Taliban survived, have since thrived, and would make it very difficult for the present Afghan government to survive without American protection.

Since the early days of the Cold War in the 1950s, we have witnessed plenty of theatrics from rival leaders with narcissistic tendencies. History tells us about Joseph Stalin, Mao Tse-tung and North Korea’s founding leader Kim Il-sung. But theatrics can go wrong, and can lead to disastrous unintended consequences.

We have entered a new era of dangerous theatrics in international politics. Donald Trump and Kim Il-sung are the two leading actors. Let us hope that the rest of the cast will exercise a restraining influence.