What Did George Washington Think About Nepotism?

Cassandra Good is the Associate Editor of the Papers of James Monroe. 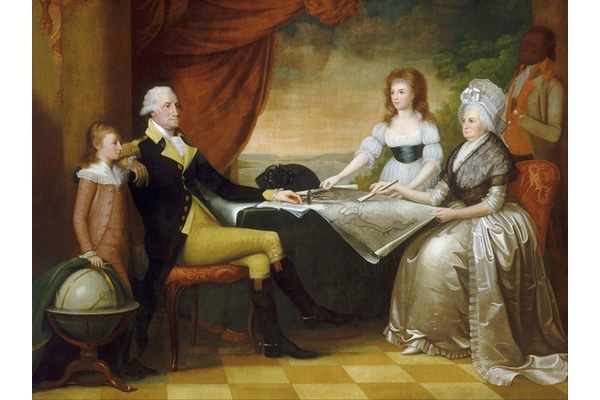 As President Donald Trump solidifies and expands his daughter and son-in-law’s role in the administration, many have eyed his children’s power with concern. Worries about separating family ties from political power are nothing new; they go back to the nation’s very founding. As the fledgling Americans knew, nepotism hits at the heart of a democratic republic. The nation’s first president George Washington saw it as a serious matter, particularly since a president who brings his children into power could be paving the way for hereditary rule.

When American colonists revolted against Great Britain, they were rebelling against a system of government fueled by inherited power and nepotism. Thomas Paine’s famous work Common Sense convinced many colonists that inherited power and monarchy were unnatural evils worth doing away with. Even John Adams, who was more sympathetic to aristocracy and hereditary rule than most of the founders, stated emphatically: “I dislike and detest hereditary honours, Offices Emoluments established by Law.”

George Washington was deeply concerned about maintaining a government based on merit rather than connections. While Washington had no sons or daughters, he did have a broader family of relations and close friends who could and did seek positions in the new administration. He marked out a firm line while still president-elect in the spring of 1789. He would “discharge the duties of the office with that impartiality and zeal for the public good, which ought never to suffer connections of blood or friendship to intermingle,” he told a friend. He told another friend that he “would not be in the remotest degree influenced, in making nominations, by motives arising from the ties of amity or blood.”

Washington knew that Americans were watching his appointments closely. “My political conduct in nominations … must be exceedingly circumspect and proof against just criticism,” he wrote, “for the eyes of Argus are upon me.” The Argus—a Greek mythical beast with 100 eyes—represented the vigilant new citizens, ready to pounce at any “supposed partiality for friends or relations.”

Washington used this analogy in a letter to his nephew, Bushrod Washington, in response to Bushrod’s request for a district attorney position. Washington had many nephews, but he had singled out Bushrod to inherit his Mount Vernon estate. Regardless of Washington’s desire to see his nephew advance, however, he reminded Bushrod that other, more qualified candidates were seeking the position. It was not until after Washington left office—and Bushrod was nine years older and more experienced—that he urged Bushrod to run for Congress. Bushrod instead accepted John Adams’s offer of a position on the Supreme Court, then a minor third wheel to the executive and legislative branches. The position of Associate Justice was the highest office, elected or appointed, that any close relation of George Washington ever achieved.

Washington knew that the decision to award offices solely on merit would set an important precedent for future presidents. This is not to suggest that he was entirely impartial; his close relationships with Alexander Hamilton and other young men who served with him in the Revolution clearly influenced his appointment of them to government posts. In the small elite of the new national leadership, granting positions to men he knew well would be difficult (if not impossible) to avoid. But the highest any family member ever rose during his presidency was as a private secretary, copying letters and assisting Washington primarily with running his private plantation.

Subsequent presidents in the founding era largely followed Washington’s lead. Family members and close friends or their sons received posts as private secretaries or consuls to far-flung ports, but these appointments were made to provide an income to men in financial straits, not to convey political power. Only one father and son pair held the presidency before the Bushes (John and John Quincy Adams) and one father and grandson has (William Henry Harrison and Benjamin Harrison).

Today, American citizens should continue to play the role of the Argus, fixing our many eyes carefully upon the President and the power he grants his children. The health of our democratic republic still depends upon it.