The Case for Slavery Reparations Rests on a False Assumption

Robert E. Wright, the Nef Family Chair of Political Economy at Augustana University, is the author of The Poverty of Slavery: How Unfree Labor Pollutes the Economy. 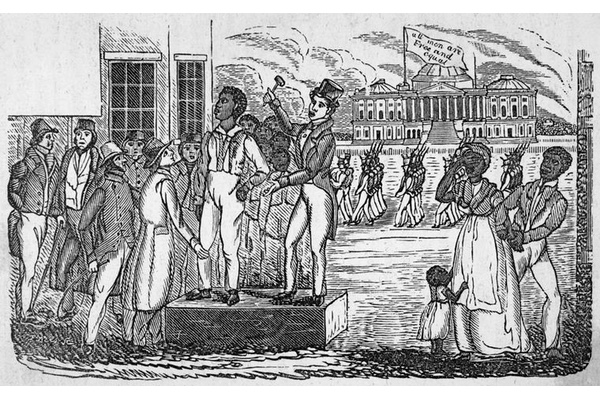 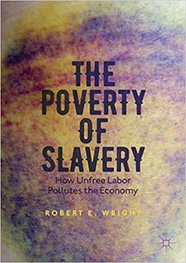 None of those classical factors of production (land, labor, and capital), however, rightly could be said to have caused the creation of those final goods. Businesses (ranging from sole proprietorships to publicly traded corporations) cleared land, acquired or created capital, and hired or enslaved laborers for the purpose of creating goods that they hoped to sell for a profit. The expectation of profit was what caused production. Businesses expected a chance to earn a profit because the American government had credibly committed to protecting the lives, liberty, and property of business owners. Alexander Hamilton correctly averred that economies grow and development when governments successfully protect property from threats both foreign and domestic. The factors of production delineated above were not unimportant but they were, ultimately, effects rather than causes.

In recent years, several scholars have tried to raise one of those effects, slaves, into a, if not the, cause of economic growth in the United States and the United Kingdom. Economist historians have criticized many of the more technical aspects of that attempt, especially the claim that cotton productivity grew in the late antebellum decades mainly because masters learned how to force slaves to work harder. Alan Olmstead and Paul Rhode, for example, have convincingly countered that new strains of cotton were easier to pick and produced higher yields.

Neo-abolitionist scholars are also uneasy with the claim, not heard since the proslavery rantings of people like George Fitzhugh, that slavery can induce economic growth. Such claims, unsubstantiated as they are, undermine the efforts of NGOs like Free the Slaves to reduce the number of people forced to labor today, which most estimates place at above 30 million.

My view, detailed in The Poverty of Slavery: How Unfree Labor Pollutes the Economy, is that slaves are the least likely factor in the growth of the economy. As hinted by the subtitle, the book shows that slavery creates negative externalities that swamp the marginal benefits of slave labor by several orders of magnitude. Negative externalities are costs not borne by participants in a given market. The prime textbook example of a negative externality is pollution: factory owners (and their customers) benefit from spewing pollutants into the environment but that harms everyone else so, hopefully, the government imposes regulations to stop or tax it.

Slavery was (and remains) no different. Enslavers do everything in their power to get society to pay for the high costs of controlling their human minions. Throughout history, including the U.S. antebellum South, enslavers used taxpayer monies to discipline their slaves, put down rebellions, return runaways, and so forth. They distorted republican governance processes to further their ends and deliberately stymied economic development (literacy, communications, transportation infrastructure, etc.).

In the process, enslavers profited and became wealthy. But the profits they generated were not much higher than they would have earned using the next most profitable type of labor. So the marginal benefit of slavery was small, while its aggregate cost was enormous. The conclusion is inevitable: while slaves were important, the U.S. South and every other slave society throughout history would have created more output without slavery. In addition to being immoral, slavery created poverty, not wealth, and for both reasons should be extirpated from the globe once and for all.

This conclusion leaves little room for scholars who would like to see reparations paid to African-Americans descended from slaves. That effort is on shaky moral ground anyway because slavery was a ubiquitous institution throughout most of human existence, so nary a person alive today, regardless of the complexion of his or her skin, is not descended from at least one slave and at least one slaveholder. The best case for reparations, therefore, lay not in old forms of slavery but in forced labor today, particularly the millions of living victims of America’s overgrown carceral state.

*All figures are from the 1860 U.S. Census except for GDP, which is from MeasuringWorth.com, and the number of total and enslaved workers, which is from Stanley Lebergott, “Labor Force and Employment, 1800-1960,” in Dorothy Brady, ed. Output, Employment, and Productivity in the United States After 1800 [NBER, 1966], Table 1.