Is Trump a Populist?

Finbarr Curtis is Assistant Professor of Religious Studies in the Department of Literature and Philosophy at Georgia Southern University and the author of The Production of American Religious Freedom (New York University Press, 2016).

Shortly after Donald Trump’s inauguration, CNN’s Jake Tapper stated that the address was “purely populist.” While many analysts have described Trump’s election as evidence of a resurgence of populism, not everyone has agreed that populist is an accurate label. Trump’s populist credentials have been challenged by those who note that his tax plan will substantially benefit wealthy people, or that his supporters made more money than those who voted for Clinton. 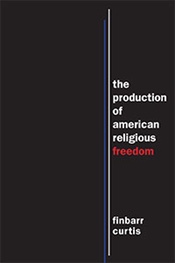 The closest that Trump might come to a populist economic platform would be his protectionist proposals that shield American workers from foreign competition. So is Trump a populist? It depends upon what you mean by populism. One strict definition restricts the term to members of the People’s Party, which had its biggest independent electoral showing when James B. Weaver won eight percent of the presidential vote in 1892. In 1896, the People’s Party endorsed the Democratic nominee William Jennings Bryan on a fusion ticket. Bryan lost in 1896 as well as in subsequent elections in 1900 and 1908, but he inspired an impassioned following among those who were moved by his efforts to champion the cause of the laboring masses against wealthy banking and railroad interests.

Political analysts often use populism to describe the kind of economic platform espoused by Bryan, but Trump has little enthusiasm for progressive reform. Rather, Trump’s movement is called populist because it fits within a trend toward ethno-nationalism found in England’s United Kingdom Independence Party or France’s National Front. In this usage, populism is a rhetorical style that excites nationalist fervor. Ethno-nationalist populists complain that the people have lost power to a coalition of minority groups allied with imagined economic and cultural elites. This variety of populism appeals to racial solidarity and excites visceral fears of foreigners.

The People vs. The Establishment

By announcing that he would wrest power from “the establishment” and return it to “the people,” Trump tapped into feelings of resentment held by those who saw the Barack Obama presidency as a foreign takeover of American democracy. The more that political commentators complimented Obama for his intelligence, integrity, and commitment to social justice, the more this compounded feelings that educated, urban elites were condescending to rural white Americans. Trump is a master of stoking these feelings of resentment. While a wealthy urban real estate developer with unclear religious convictions might appear to have little in common with voters in the Bible Belt, Trump and his supporters did share a lifetime of feeling slighted by New York liberals. To a large extent, Trump was a populist because he branded himself as a voice of those who resented the social changes welcomed by residents of diverse cities.

One potent source of resentment among Trump supporters were complaints that they had been labeled racist. Obama attempted to deflect such feelings by persuading people they were not racist. He understood that while many Americans might be comfortable with the content of racism, they fiercely resist the racist label. Hillary Clinton, on the contrary, strenuously attacked the racism and sexism of her opponent. She denounced Trump for his “long record of engaging in racist behavior.” Rather than this hurt his popularity with his base, Trump’s willingness to defy liberal norms of civility struck a chord with those who wanted an end to the perceived regime of political correctness.

Bryan also invoked white solidarity. He boasted of his “good blood” and asserted that he “was born a member of the greatest of all races—the Caucasian Race.” Anticipating Trump’s assertion that millions of illegal voters participated in the 2016 election, Bryan expressed concerns about minority voting. Bryan thought that preventing African Americans from voting was a necessary measure of self-preservation for white southerners. As he explained, “It is only in those Southern States where the blacks are the most numerous that the whites have, as a matter of self-preservation, imposed restrictions. They may have been spurred to do this by a recollection of their experience under carpet bag Government when a few designing white men used black suffrage to exploit helpless whites, as they would today if they could.”

When John McCain and Mitt Romney won a majority of white voters but lost their elections, some Republican voters felt like white Americans had been disenfranchised. Despite losing the presidency as well as suffering substantial losses in congress in 2008, Republican lawmakers still continued to speak as if they represented the true will of the American people. The problem was that “helpless whites” had been overruled by religious, sexual, and racial outsiders whose demographic growth threatened American democracy.

Obama’s electoral victory was possible, however, only with substantial support from voters classified as white. Labeling white Obama and Clinton voters as elite members of the establishment explains their supposed betrayal. As with Bryan’s concern about a “few designing white men,” Trump attacked those who he claimed had exploited minority voters to manipulate American democracy.

One response to an apparently manipulative establishment has been the effort to restrict the vote to white Americans. Trump’s victories in states like Wisconsin and North Carolina were aided by voter identification laws that fit within a history of racialized voter suppression. Critics of voter ID laws have argued that it would be logistically impossible to orchestrate a national voter fraud effort without being caught. In-person voter fraud significant enough to affect the results of an election would require thousands of volunteers recruited and trained to engage in illegal activity. This would require staff, funding, and communication networks that would be impossible to keep secret. Therefore, a transparent process that investigates and penalizes any reported fraudulent voting would be sufficient to prevent rigged elections.

Regardless of the lack of evidence, however, claims about voter fraud feel viscerally compelling to Trump supporters as changing demographic trends in an increasingly diverse nation will only continue to undermine a white majority. The main threat to Trump’s vision is not from voter fraud, but from legal voting by people who seem to him to be less than fully American.