What Did the Founding Fathers Think of Fake News?

Robert W.T. Martin, Professor of Government at Hamilton College, is the author of both Government By Dissent: Protest, Resistance, and Radical Democratic Thought in the Early American Republic and The Free and Open Press: The Founding of American Democratic Press Liberty (both NYU Press). 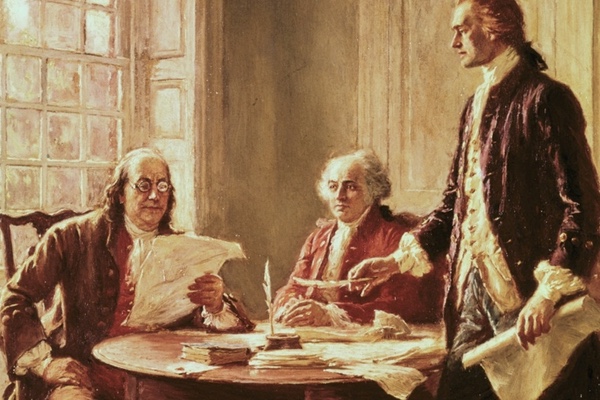 “Were it left to me to decide whether we should have a government without newspapers or newspapers without a government,” Thomas Jefferson famously wrote, “I should not hesitate a moment to prefer the latter.” Given his paucity of press conferences, possible removal of the press from the West Wing and ad hominem attacks on various reporters, it seems Donald Trump would prefer the former. 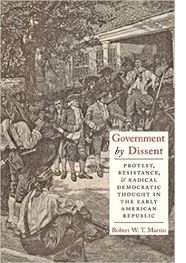 In fact, we need both, and once he became a part of the federal government himself, President Jefferson came to see that getting the newspapers right was sometimes the harder part. To be sure, he had long understood and defended the role of the press as an essential forum for democratic dissent. But for dissent to be meaningful, the words themselves need to have meaning.

Jefferson worried then, in public and private, about “false opinions in league with false facts” and their threat to popular government. In his Second Inaugural, he both rejoiced that “the public judgment will correct false reasonings and opinions, on a full hearing of all parties” and yet suggested that state officials should use “the salutary coercions of the law” against “false and defamatory publications.”

Alexander Hamilton, Jefferson’s frequent political opponent in a wildly partisan age, had long been much less sanguine about the legitimacy of popular dissent and the democratic centrality of public opinion. But even he would come to insist publicly that “the office of a free press” is “to watch the progress of … endeavours [to enslave the people].”

The founding generation’s unprecedented embrace of popular government meant that America was now—due to its very nature—vulnerable to demagoguery to an extraordinary degree. “The most zealous reverers of the people’s rights, have, when placed on the highest seat of power, become their most deadly oppressors.” Yet this also meant that valid public information—and confidence in it—was more important than ever. Accordingly, Hamilton’s vision of press liberty punished false statements, lest they overwhelm and render meaningless true information.

Even the great General Washington’s name would have been harmed by “falsehood eternally repeated,” Hamilton reasoned. “Drops of water, in long and continued succession, will wear out adamant,” the legendarily impenetrable stone.

Should we then, as suggested by Jefferson and declared by Hamilton, criminalize falsity, whether it be “fake news” or oft-repeated falsehoods such as candidate Trump’s years-long attacks on Obama’s birth certificate? Here I think our best guide is neither Jefferson nor Hamilton, but James Madison, who reasoned that legal challenges to public falsity would do more harm than good.

Rather than outlawing public falsehoods, we must combat and overcome them. This was a radical choice, a break from Britain and everywhere else. It still is. But Madison knew the American experiment was unparalleled. And he stood by it: during the War of 1812—even after a foreign enemy literally burned down the White House—he never considered retaliating against the press, despite the publication of false accusations and talk of New England secession.

Yet for all his political resolve and democratic optimism, Madison knew that Jefferson and Hamilton were right about the threat of false claims to a system that requires valid knowledge. “A popular Government, without popular information, or the means of acquiring it,” he cautioned, “is but a Prologue to a Farce or a Tragedy, or, perhaps both. … And a people who mean to be their own Governors, must arm themselves with the power which knowledge gives.”

Our system remains a radical experiment, one that is being sorely tested. This does not mean we should begin punishing false political statements as other countries do, but it does mean the citizenry has a much more demanding responsibility: not just to read the news, but to read lots of it and bring critical skills to the task. We citizens need to defend and support the political press as a fourth branch and fight against repetitive falsity, lest we lose sight of the truth. To save our experiment we need to take the role of the press and the demands of citizenship more seriously. And soon.