In Many Ways but Two, Donald Trump Is No Different from Other Presidents Who Were Indifferent to Religion

Donne Levy is a retired instructor in U.S., Asian, and European History. 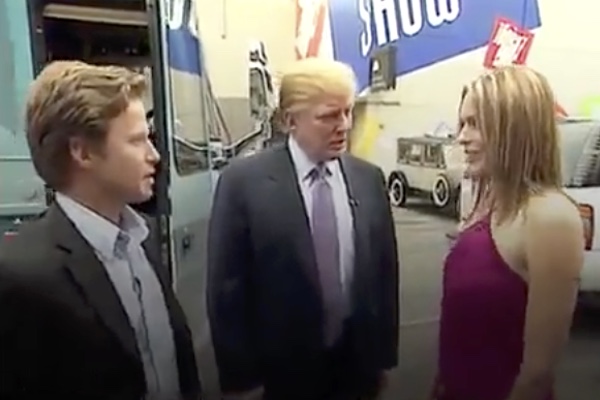 Within the body of the U.S. Constitution, religion is mentioned only once. Article VI states, “… no religious Test shall ever be required as a Qualification to any Office or public Trust under the United States.” Added later was the First Amendment, stating “Congress shall make no law respecting the establishment of religion, or the free exercise thereof …” The Founding Fathers who drafted the U.S. Constitution were deists. They did not even believe in opening sessions of the Constitutional Convention with a prayer. Thomas Jefferson, who coined the phrase “separation of church and state,” had no trouble winning the presidency although he seldom attended church.

Despite the Founding Fathers’ nonreligious endorsements, organized religion became a driving force in American culture. Numbers have been dropping in recent years, yet according to the Pew Research Center, 77.2 percent of the American people identify as religiously affiliated. This generates a profound effect on the political system with every president making a show of religious observance whether they’re believers or not. Although atheists and agnostics have been elected to lesser offices, none (as far as we know) have risen to the presidency.

Since World War II, all presidents have attended church on a fairly regular basis. Several presidents, Dwight Eisenhower and Ronald Reagan for example, seldom attended church until their election. One president, Richard Nixon, regularly held Sunday morning church services in the White House, which suggests there’s a gap between religious observance and ethics.

Religious confusion has engulfed no president more than Barack Obama. Raised by a Christian grandmother and self-professed atheist mother, Obama first attended a Catholic parochial school, and then from fifth grade on attended a private school founded by Congregationalist missionaries. His formerly Islamic estranged father was an atheist by the time of Obama’s birth. No record exists of Obama ever worshiping at a mosque. Yet 29 percent of all Americans and 43 percent of Republicans believe Obama is a Muslim. These people do not let facts replace prejudicial beliefs.

What does this all mean for today? We should realize that when we see a presidential candidate attending church, it is a photo op and not always a reflection of religious belief. We should know that when Ted Cruz wears religion “on his sleeve,” he is not following the religious preferences of our Founding Fathers. Finally, we must recognize that not all religious denominations or preferences have yet to be welcomed by mainstream America for the presidency. As Catholicism was once forbidden, Islam still is unacceptable to many. The Founding Fathers wanted Muslims, Jews, and nonbelievers to have equal opportunity in our political system. Religious bigotry came later.

Donald Trump’s background as a businessman and TV reality star is unprecedented in the presidency. However, this is not the case regarding his religious affiliation and practices.

Trump was born and raised in a Presbyterian family. That makes him the eighth president to be affiliated with that denomination. Trump went to Sunday school and was confirmed at the First Presbyterian Church of Jamaica Queens in New York City. It does not appear that he has been a consistent church goer, but he has had some affiliation with the Reformed Marble Collegiate Church in Manhattan. That is where he married his first wife Ivana in 1977. His lack of church attendance makes Trump no different from a number of predecessors such as Reagan. Kennedy did not go to Catholic mass often before he ran for president.

What makes Trump different is that he has behaved in a way that would ordinarily be regarded with disgust by religious conservatives and those with strong religious feelings. For example Trump has been married three times and divorced twice. He has even admitted to treating women in a less than respectful way. Proof of his boorishness (if not worse) came with the Access Hollywood tape that surfaced in October. Trump has admitted to never asking God for forgiveness but instead he says that he tries to do right if he thinks he has done something wrong. Trump proved his ignorance of the New Testament by saying Two Corinthians rather than Second Corinthians during a speech at Jerry Falwell Jr.’s Liberty University. Like Reagan, he was not a regular churchgoer until the eyes of the nation were on him as presidential candidate.

Reagan was divorced once and seldom attended church until he won the Republican presidential nomination. But Reagan, beginning with his first campaign for public office, presented himself as the savior of Christian values from the liberal-left-wing atheists. Reagan went so far as to invoke a silent prayer at the conclusion of his acceptance speech at the 1980 Republican National Convention. Christian social conservatives trusted him.

Yet, in another way Trump is different in that he proved how much America has changed. He proved that a candidate can garner a substantial vote from evangelicals or religious conservatives without even pretending to be one. Social issues such as abortion have become so important to Christian conservatives that they voted for Trump confident that they will like his Supreme Court appointments. In so many areas Trump is unprecedented and that includes his attitudes and lifestyle with respect to religion.