The Danger of Making an Oil Man Secretary of State

Chad H. Parker is the SLEMCO/LEQSF Regents Professor in Liberal Arts and Associate Professor of history at the University of Louisiana at Lafayette and author of Making the Desert Modern: Americans, Arabs, and Oil on the Saudi Frontier, 1933–1973 (University of Massachusetts Press, 2015). 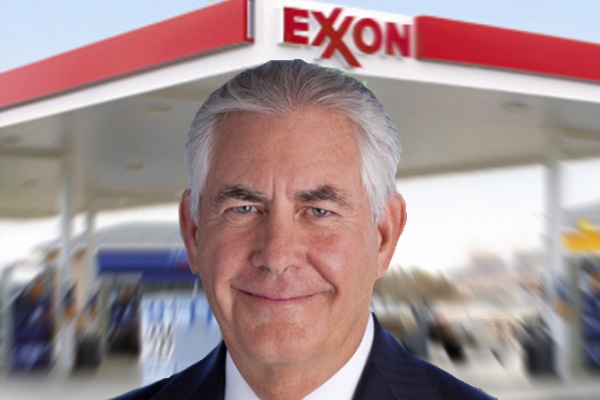 As Donald Trump assumes control of American diplomacy, many wonder which of his advisors will have the most influence on the new administration and what sorts of foreign policies the administration will pursue. With the nomination of ExxonMobil CEO Rex Tillerson to Secretary of State, we now have a much clearer picture. Tillerson’s history as CEO and corporate diplomat is problematic, but a broader look at the history of U.S. oil company diplomacy indicates that he may forge a foreign policy grounded in corporate interests and not those of the U.S. government. This history should have us all worried, as the potential for U.S. foreign policy to serve narrow corporate interests, rather than American interests, is real. 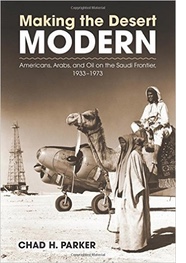 Following World War II, the State Department often relied on oil companies to serve as unofficial diplomats, particularly in the Middle East. In Saudi Arabia, for instance, the Arabian American Oil Company (Aramco) established a tight working relationship with the Saudi monarchy beginning in the 1930s, one that lasted well into the 1960s. The company served as the primary, and sometimes only, American diplomatic representative in the kingdom, and so Aramco’s diplomatic dealings with the U.S. and Saudi governments can illustrate how oil company diplomacy works to contravene American interests and American law.

A particularly telling example relates to Aramco’s attempts to balance American and Saudi policy regarding Israel. When President Truman chose in 1948 to officially recognize the new nation-state, Aramco attempted to create some distance between the decision and its own preferences, which mirrored those of Saudi Arabia. It was an American company, but it would not support American diplomacy. Instead, Aramco worked with the Saudis to thwart Israeli independence. Company officials promoted Saudi interests among American officials, funded Saudi diplomatic visits to the United Nations to debate the future of Palestine, and transported and supplied Saudi fighters participating in the war against the new Israeli state. When this aid became public, some members of Aramco’s board of directors publicly threatened to fire Vice President James Terry Duce, who oversaw these activities. But his role with Aramco was never really in danger, and he served the company for another decade.

Aramco catered to Saudi political positions regarding Israel, even when they violated American law. Since the Saudi monarchy did not allow Jews entry into the kingdom, the company considered religion a job qualification, even for employees working in the United States. The State Department supported the firm’s discrimination, and Aramco successfully defended its position in the face of a series of complaints in the 1950s. In 1962, however, the New York State Commission for Human Rights ruled that the company could no longer ask about a job applicant’s religion. The commission argued that by doing so, Aramco “acts … as an agent of a foreign power, implementing a policy inimical to our democratic principles, contrary to our law.” Aramco was being called out for violating American law, but also for acting as a servant of a foreign government, something it did effectively on this issue for over a decade as a matter of corporate diplomacy.

Tillerson’s choices while running ExxonMobil suggest that he may continue to contribute to a similar independent foreign policy. His stewardship of ExxonMobil began in 2006. Under his leadership, ExxonMobil altered the regional balance in Iraq by signing a deal with Kurds, thereby circumventing State Department objectives and discrediting the burgeoning Iraqi government. He cozied up to authoritarian régimes in Africa, bungled negotiations with Venezuela, and befriended Russian leader Vladimir Putin. News reports suggest that he even ran a Bahamas based U.S.-Russian oil interest. None of these actions, however, is surprising when one considers the global history of American oil firms.

Faced with conflict between the interests of corporations and the United States, executives like Tillerson often ignore American interests all together and plot their own agenda. Giant oil firms work hard to define American foreign policy, for better or for worse, by putting corporate interests first. Rex Tillerson could soon have this power, no longer as CEO of one of the world’s most powerful energy firms, but as Secretary of State. With a career pursuing goals independent of the very department he will head, history tells us that we should have little confidence that he will serve the public.