Can Donald Trump Profit from Businesses with Connections to Foreign Governments Once He’s President?

by Lawrence A. Peskin

Lawrence A. Peskin is a Professor of History at Morgan State University. He is the co-author of America and the World: Culture, Commerce, Conflict (Johns Hopkins University Press, 2012), among other books.  He is working on a book on early American consuls. 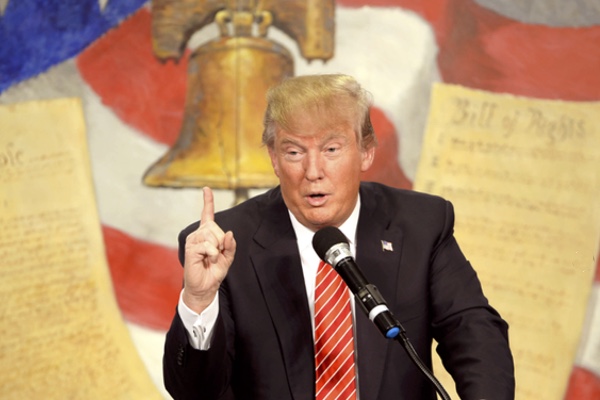 Some pundits think President-Elect Donald Trump will be in violation of an obscure Constitutional prohibition against receiving payments from foreign governments when he steps into office. However, the actions of the Founding Fathers in setting up the U.S. consular service suggest that he will not. 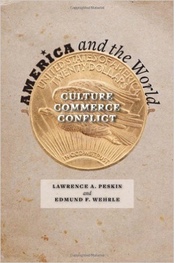 The Constitutional clause in question, one of two referring to “emoluments,” is article 1, section 9, clause 8, which forbids officeholders to “accept any present, emolument, office, or title, of any kind whatever, from any king, prince or foreign state” without approval from Congress. Donald Trump does a large amount of business in foreign countries, some of which is dependent on loans or investments from state owned banks and businesses. Therefore, the argument goes, he will be unconstitutionally receiving foreign emoluments and liable to impeachment as soon as he takes office.

One way to evaluate this argument is to try to recover the founders’ intentions. Their actions in appointing American consuls during the first presidential administration offer some helpful clues. The early federal government was extremely limited with very few officeholders. Consuls, who served American business interests overseas, were among the largest group with sixty appointed during George Washington’s administrations.

The first federal congress initially hoped that, in order to avoid conflicts of interest like those addressed by the emoluments clause, American consuls would not actively participate in overseas mercantile trade. This would set them apart from the consuls of most European nations who usually were successful merchants.

However, Congress quickly ran into a problem with this plan: money. If consuls were to be non-merchants, they would need to receive some sort of salary from the limited, cash-strapped federal government. Practicing overseas merchants, on the other hand, would see their businesses benefit from their consular appointments in a number of ways, and could therefore afford to serve without salaries.

Faced with this choice, Congress decided to go with the cheaper solution and allow the risk of some potential conflicts of interest, prohibiting trade only for General Consuls, who were to oversee the activities of regular consuls. As a result, the first consuls, nearly without exception, were all merchants who actively traded with the countries where they were posted. Furthermore, half of the consuls appointed during Washington’s administrations were non-American merchants. One, James Simpson of Gibraltar, actually served as Russian consul and American consul simultaneously.

While consuls normally did not receive titles or emoluments directly from foreign government, it was not unusual for them to benefit from foreign legislation, such as reduced excises or other inducements to American trade. Indeed, some of the first consuls helped to negotiate such deals with foreign governments. Furthermore, considering the lack of separation between public and private trading in the eighteenth century, many consuls doubtless conducted trade that was entangled with banks or businesses that received support from foreign governments. This trade would be analogous to Trump potentially benefitting from loans from foreign owned banks or to foreign officials booking rooms in Trump hotels.

There can be no doubt that the founding fathers were aware of these actual and potential conflicts of interest. Many signers of the Constitution served in the first Congress. George Mason, a skeptical but important member of the Constitutional Convention, later recommended a partner in his son’s French mercantile firm for a consular position. As president, George Washington was deeply involved in the consular selection process, and Thomas Jefferson, as the first Secretary of State, was directly responsible for overseeing appointments.

As a result, any broad interpretation of the emoluments clause to prohibit doing business with foreign governments or their representatives would appear to contradict the intent of the founders as demonstrated by their actions. I believe Americans should be very troubled by Trump’s potential conflicts of interest, just as the founders were troubled by consular conflicts, even if they ultimately chose to allow them. But whatever the dangers of Trump’s foreign business activity, it should not be considered to be a violation of the Constitution.