Shoe on Other Foot Department: Now a Foreign Government Is Interfering in Our Elections 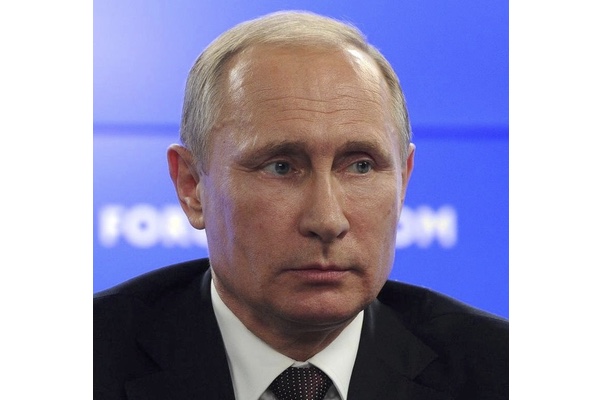 When wondering how to make America great again, encouraging a foreign government to influence our election, does not come to mind. Neither does denying that it happened, let alone refusing to even receive the intelligence reports that indicate the extent of that foreign involvement.

The tables have been turned. For decades, it was the U.S. that meddled in foreign elections. The cases are well known, whether it was CIA financing a propaganda campaign to ensure victory for Italy’s Christian Democrats in 1948, Edward Lansdale of the CIA running the campaign for Philippines President Ramon Magsaysay in 1953 or even spending millions of dollars to prevent Salvador Allende from winning the Chilean election in 1964.

The U.S. did not stop at trying to influence elections, but actively sought to overturn elections that had put into power leaders inimical to our interests. Declassified documents spell out efforts in Iran, Congo, Chile and Guatemala to destabilize the countries in order to lead to the overthrow of the elected leaders.

Perhaps, this is the era of greatness that Donald Trump had in mind when he adopted the slogan for his campaign. However, these activities did not make the U.S. great, but in the long term harmed our reputation around the world. More recently, overt attempts by the U.S. to weigh in on foreign elections have backfired. In 2002, U.S. Ambassador to Bolivia Manuel Rocha warned that the election of Evo Morales as President might result in the cutoff of aid to the country. Morales lost that election but rode to victory in the next election, riding on resentment against the U.S.

Foreign media seek out U.S. statements on their elections, but most ambassadors are careful to avoid becoming part of the electoral debate. In the Philippines elections this year Ambassador Philip Goldberg resisted the temptation to criticize the authoritarian candidate Rodrigo Duterte and echoed the refrain taken by the U.S. in foreign elections, “Our job and my job and also the job of the people in the U.S. is to stay out of your politics and to let the Filipino people decide who is going to be your President.”

Now, however, we are faced with the likelihood that the U.S. has been on the receiving end of foreign election meddling. In considering this turnaround on the sanctity of democratic elections, it is important to note a series of troubling aspects:

— this is the electronic equivalent of the Watergate burglary, where operatives physically broke into the offices to seek physical files from the Democratic campaign. This time, files were copied electronically.

— the release of the files did influence the outcome of the election. The emails did not break news of illegal activities, but did highlight embarrassing statements from Democratic Party officials on a recurring basis over the course of the final weeks of the campaign. Further, they provided enough material for a candidate who is so cavalier with the truth to repeat his “Crooked Hillary” theme to audiences primed to chant for her arrest.

— Donald Trump denying that this happened is a little like Donald Trump repeating for years that President Obama was not born in the U.S. Just because he says it, does not make it so. And even knowing it is false doesn’t mean he will stop saying it.

— it is not out of character that the man who is famous for not having even a short attention span would reject intelligence briefings. Those analysts preparing the briefings were not the people behind the lead up to the Iraq War in 2003. That was George W. Bush, Dick Cheney and George Tenant who politicized the process and got the intelligence they wanted, even if they had to make it up.

— the connection to Russia and to Vladimir Putin that Donald Trump, his campaign and now several of his Cabinet selections should raise questions about the motivation of the Russians and of the Trumps. There are many ways to reset relations with Russia, and perhaps good reasons to do so. But, denying their involvement in our elections? Next, he might deny they have taken over Crimea. No, he actually already did say that.

Most alarming, though, is contemplating what should be done as a result of this electoral meddling, and further what could be done. The constitutional crisis borders on the unthinkable and the unprecedented. The courage to investigate this fully, first by President Obama and then by members of both parties in Congress, is the best example of a democracy still intact.