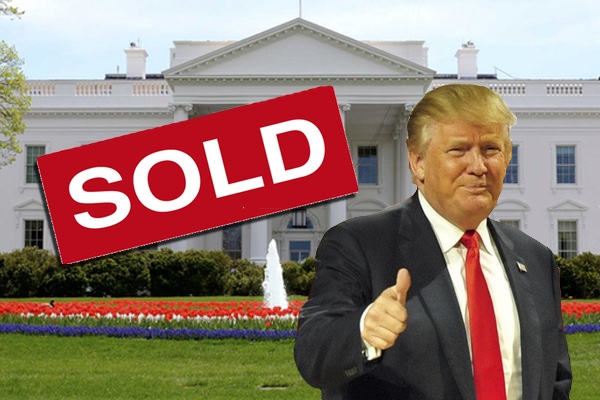 It is now clear, a month after the election of Donald Trump, that he is willing and able to sell the power of the Presidency to the most corrupt, right-wing influences of the corporate world and defense contractors, along with the most extremist right-wing forces imaginable on issues such as health care, the environment, education, workers rights, civil rights and civil liberties.

His appointments so far are shockingly more extreme than at any point in all of American history. Dwight D. Eisenhower, Richard Nixon, and Ronald Reagan certainly were influenced by the corporate world and defense industries, but not to the extreme extent that is now evident after just one month of President-Elect Trump’s shaping of the future government.

We see the role of the military and defense contractors in the the decision to appoint a number of generals, including Michael Flynn as National Security Adviser; James Mattis as Secretary of Defense; and John Kelly as Secretary of Homeland Security.

Trump has awarded a Presidential rival during the recent campaign, Dr. Ben Carson, the position of Secretary of Housing and Urban Development, although Carson has zero understanding or knowledge of housing issues, other than the fact that he grew up in a Detroit ghetto. A reporter noted that his campaign website never even mentioned housing as an issue.

Trump has made South Carolina Governor Nikki Haley the Ambassador to the United Nations, even though Haley has no history of any involvement in foreign policy issues. And Trump has made Iowa Governor Terry Branstad the Ambassador to China, with Branstad’s long time friendship with the Chinese President over trade connections his only credential to fulfill that responsibility.

Elaine Chao, the wife of Senate Majority Leader Mitch McConnell is to be the Secretary of Transportation after having served as Secretary of Labor under George W. Bush. This is a rare case of an appointee with actual government experience. But of course it’s no accident that she is connected to the most powerful member of the Senate.

Mention should be made here of the rapidly growing influence of Vice President-Elect Mike Pence, who clearly is going to have a major role in swaying the inexperienced Trump in a hard right direction on issues related to women, gays and lesbians.

The significant role of Steve Bannon, formerly of Breitbart News and a leader of the alt right, as Counselor to the President, will be massive. With his extremist views and belief in conspiracy theories he is likely to have a greater impact than Reince Priebus, former head of the Republican National Committee, who will be White House Chief of Staff.

For anyone who believes in progressive goals it is very clear that Donald Trump, though he may have had liberal to moderate tendencies in the past, is veering very strongly toward the extreme right. There are also indications he will take a hard line in foreign policy that would seem to lead to troop commitment and military actions overseas at an alarming rate, taking action on Iran, ISIL, China, North Korea, and Russia, while at the same time undermining long-term alliances. Human rights overseas will, apparently, be ignored, as in the case of the Philippines, as just one example.

Many Americans who voted for Trump are going to be very shocked and disappointed as they come to realize that they bought into a bargain with the so called “devil.” Middle class and poor people, as well as the elderly, ethnic minorities, gays and lesbians, and women are going to be living under a government which is out to take back much of the progress of the Obama years. This is the result of lack of knowledge and information, complicated by the proliferation of fake news and propaganda. Many seem not to understand how important voting is, whether they sat out the election or threw away their vote on a third-party candidate.

America will be a very different place under Donald Trump than it has been under Barack Obama. This again demonstrates that elections have consequences.