There’s a Compelling Reason Why We Shouldn’t Lock-up and Exile Satirists, Whistleblowers and Journalists

Frank Palmeri is Professor of English and Cooper Fellow in the Humanities at the University of Miami. He has written "Satire in Narrative: Petronius, Swift, Gibbon, Melville, Pynchon and Satire, History, Novel: Narrative Forms, 1665-1815." His most recent book is "State of Nature, Stages of Society: Enlightenment Conjectural History and Modern Social Discourse."

Although Snowden received little attention when it was released in September in the midst of a clamorous presidential election campaign, the film has a continuing, indeed an even greater, relevance now in the wake of the election. The issue it raises of whether and how much to punish whistleblowers who reveal grave wrongs has returned to prominence with President Obama’s recent commutation of Chelsea Manning’s sentence after she served seven years in prison. The film tells the story from Edward Snowden’s own point of view of why and how he released evidence to the Guardian that the US government was spying unconstitutionally and illegally, without check or acknowledgement, on virtually everyone—including Americans—through the Internet and phone records. Snowden highlights the importance of whistleblowing and the dangers of retaliation and persecution that whistleblowers face —people such as Charles Drake, John Kiriakou, Frederic Whitehurst, as well as Manning, who have all recently faced prosecution by the government and in some cases imprisonment. 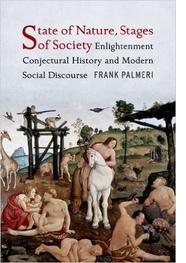 It might help to understand the stakes here, and the crucial evolutionary role whistleblowers play, if we consider them alongside them another group of people who perform a closely similar function—political satirists, such as Gary Trudeau, George Carlin, and Stephen Colbert, to name only a few. It now appears that without satirists and, later, whistleblowers and investigative journalists (such as Glenn Greenwald, to whom Snowden released his material), the bonds of cooperation and trust in civic life loosen as they are abused, and societies devolve into the rule of a small number of corrupt confidence-men who preside over the many millions whom they rob and deceive. In such dysfunctional societies, riches and physical might rule through extortion and fear.

From an evolutionary perspective, Darwin proposed the crucial insight in the Descent of Man (1871) that any social species, if it becomes intelligent enough, will develop a system of morality. Although it took another century, Darwin’s hypothesis has been confirmed through observation and mathematical models.

In contrast to theorists who see only selfishness in evolution, because they look only to the survival of individuals and their genes, William Hamilton (1971) showed mathematically that actions that benefit oneself and others will lead to greater chances of survival and thus be selected more often than actions that pursue only individual self-interest. Apart from but confirming Hamilton’s mathematical analysis, ethologists (who study animal behavior) have observed examples of reciprocal altruism, in which one member of a species may sacrifice for another, and in return the second will later similarly sacrifice for the first. For example, if one of a pair of unrelated vampire bats returns from their nightly expedition without success, and thus is in danger of starving, his or her buddy will regurgitate blood that allows the first to survive; if later the second is unsuccessful, the first will perform the same life-saving act in return.

Another mechanism that may contribute to selection on the basis of action in the interests of others but not of oneself is generalized or indirect reciprocity. One may be rewarded for actions that help others not by a direct quid pro quo from the beneficiaries, but by third parties who witness or hear of the benefit that was given. Those who sacrifice may earn privileges from the community, their businesses may prosper, their families be honored.

Both direct and indirect reciprocity depend on remembrance of assistance received, and a willingness to give assistance without certainty that it will be returned. Crucially, therefore, both of these forms of reciprocity can be defeated by those who follow a course of pure self-interest, who receive benefits but give nothing in return. The behavior of these cheaters threatens the whole social structure, because if they go unpunished or unadmonished, the system of benefits received, remembered, honored and returned will dissolve. Those who only pretend to have concern for the community will have a greater chance of surviving than those who truly assume the risk involved in acting for the good of the group. The cheaters, unchecked, will displace the true givers.

Thus, as Robert Trivers noted in a paper on reciprocal altruism (1971), those who behave cooperatively in a system of reciprocal assistance must be able not only to recognize cheating, hypocritical deceivers, but also to discipline or punish them. Such sanctioning arises from indignation—anger at the perception of injustice in the distribution of goods and resources. Among animals such as chimpanzees and bonobos, this indignation can produce the punishment that ethologists have called moralistic aggression—a physical chastising, shunning, or partial ostracism of the offenders.

Because there must be punishment of the purely selfish cheaters, indignation at unfairness is as essential for the persistence of a moral society as cooperation and providing benefits to others. Indignation, which is not altruistic, enforces ethical imperatives and thus crucially helps to maintain the community. Although this kind of action eventually feeds into and helps shape practices of punishment, it arises before legal systems and it continues to operate outside legal prescriptions.

Going back through many ancient societies, and in cultures around the world, satire constitutes one of the principal cultural instruments of such disciplining of powerful hypocritical cheaters. The most frequent and typical objects of satire have almost always been hypocrisy, deception, and corruption, acts of taking from others, of profiting from others’ sacrifices without giving, risking, or sacrificing in return. Satire expresses an urge for the survival of the community; the indignation that moves it constitutes a protective response against those whose actions corrode the social fabric. What satirists have been doing for millennia, whistleblowers and independent journalists do in the modern world of massive corporations and faceless government bureaucracies. Satirists, whistleblowers, and courageous journalists, like Anna Politskaya (Russia) and Veronica Guerin (Ireland), risk retaliation from the powerful and the corrupt.

It is important to distinguish between what we can call legitimate satire, which attacks the rich and the powerful, and, on the other hand, the use of sarcasm and stereotypes to attack those who are less privileged, different, or other. (A year ago, in the wake of the Charlie Hebdo killings, participants in a forum for the New York Times Book Review considered the question “Is Legitimate Satire Necessarily Directed against the Powerful?” and answered in the affirmative.) The declaimer rails against the stupidity and evils of the world in his day, typically advocating return to an earlier, better, purer time. He does not speak from a feeling of indignation at injustice, but from a feeling of resentment at slightly diminished privileges. The ancient Roman satirist Juvenal perfectly represents this kind of satirist, with his volcanic hatred of foreigners, women, homosexuals, and sophisticated city-dwellers.

In our day, Rush Limbaugh occupies the same cultural position, as do Donald Trump, Steve Bannon, Breitbart “News,” and right-wing Christian preachers, who all declaim against a supposed decline from a previous time of greatness, who mock and vilify women, feminists, gay and lesbian people, those who have darker skin or profess a different faith or none at all, and in general anyone who is not clearly and proudly white, fundamentalist Christian, heterosexual, and male. (The Know Nothings, like many other groups in history, took the same stance in the 1850s.) These figures may claim to speak for the community, but they in fact pursue a purely selfish agenda and gain power by encouraging hate. They cheat the system and scam their followers.

They are the opposite of the true satirist, whistleblower, or investigative journalist, who face the real threat of retaliation, imprisonment or death for their actions. Perhaps the greatest satirist in French history, François Rabelais, was protected from prosecution by powerful cardinals, but one of his close friends was burned at the stake for his writings. Jonathan Swift had a large price put on his head, but no one in Ireland would turn him in as the author of the Drapier’s Letters.

The contemporary world offers ample evidence of authoritarian regimes cracking down on satiric criticism of hypocrisy and corruption by censoring and imprisoning satirists. (Lest we become complacent about the tolerance of criticism in the US, it is worth remembering that the Espionage Act of 1917 imposed fines and jail time both for writers and for cartoonists who questioned the country’s participation in World War I.) Whistleblowers who tell the truth despite threats of retaliation and seek to protect the system from graft, fraud, and illegal acts, such as torture, have been prosecuted more aggressively under that Espionage Act by the Obama administration than by any previous presidency. The Committee to Protect Journalists reports that thousands of journalists have been killed because of their work over the last twenty-five years in Algeria, Argentina, Brazil, India, Iraq, Ireland, Mexico, Russia, the US, and other countries around the world.

Satirists bravely make powerful people uncomfortable or angry—as did Stephen Colbert at the 2006 Correspondents’ Dinner, when he mocked the President and self-satisfied national correspondents to their faces. Satirists, whistleblowers, and uncompromising journalists call by their right name and bring to light the lies and the liars who unravel the reciprocal giving and receiving of civil society. They feel a passion for justice even apart from the law—what Swift called the “savage indignation” that lacerated his breast. This indignation has been selected by evolutionary pressures during hundreds or thousands of millennia in the social life of our species. It is needed now as much as ever.