Why Did 53 Percent of White Women Voters Go for Donald Trump?

Margaret Power is a Professor of History at Illinois Tech and the author of Right-Wing Women in Chile: Feminine Power and the Struggle against Allende, 1964-1973. 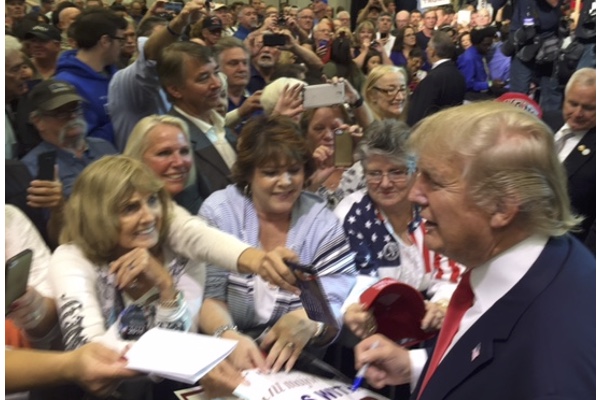 I was swimming in the public pool near my house on Veterans Day, November 11, 2016, a few days after the presidential election. The pool is divided into lanes and swimmers are expected to swim in their lanes. The pool was very crowded because of the holiday. A white man came in, surveyed the pool, and jumped into my lane. Soon, he was bearing down on me. I felt intimidated because he was a very aggressive swimmer and much larger than me. Afterwards I talked about what happened in the shower with the other women who had seen it all. Instead of ignoring his intrusion or of asking the guards to deal with it, I decided to speak to the man myself. One 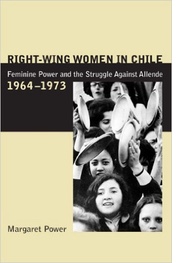 woman who I just met said she would accompany me to talk with him. We went out, he was no longer in the pool. Then he came out of the dressing room. I went up to him and spoke with him. He apologized and the incident ended.

What, you may be asking, does this have to do with the majority of white women voters voting for Trump? In and of itself, the incident is fairly pedestrian, not all that much really happened, and it ended well. The other women swimmers supported me; the guards were ready to back me up. I explained to the man what he had done and suggested he should have asked me if we could share the limited space, and he apologized. But because the incident took place after the Trump “victory,” and in the middle of a most unsettling and depressing week, I thought about my feelings and what, if any, bearing they had on why so many white women voted for a misogynist and racist.

What I realized is that I felt fear as the man in the pool bore down on me. I was scared he might run into me and I might get hurt. I felt afraid that if I said something to him while I was in the water he might do something to me. And all this, mind you, took place when I was surrounded by friends, where I have been swimming for over twenty years. And the four life guards, who I have known for years, were close by. In fact, it is the very safeness of the situation that made me realize how pervasive and insidious is the fear that pervades much of our lives, consciously or unconsciously.

Of course this fear is gendered (and raced and classed). When I grew up I was taught by my mother, in school and by society in general, that as I female I was weaker than men and therefore I should simultaneously acquiesce to them so as not to make them angry and rely on them for protection. In many ways, the women’s movement has transformed how I, and so many women, understand and deal with our fear. It has helped us to look to ourselves and to other women as our safety system and our team. I talked about what happened in the pool with the other women there and I felt quite capable of speaking to the man myself. Yet, and unfortunately that yet persists, I did feel scared and I did not want to confront the man alone, in the pool, wearing only my swimsuit.

For years, I studied and wrote about right-wing women in Chile, the women who opposed the government of the democratically elected socialist president Salvador Allende and supported the military dictatorship of General Augusto Pinochet. I wanted to understand why the majority of women in Chile, not just wealthy women, looked to military rule as the solution to their problems. Their problems primarily concerned the shortages in foodstuffs and basic necessities, such as toothpaste or toilet paper, which occurred during the Popular Unity government of Salvador Allende (1970-1973). The U.S. government, working in conjunction with the Chilean Right, landowners, and factory owners consciously worked to create these shortages in order to generate popular dissatisfaction with the Allende government. The lack of goods hit and hurt working class women most directly, since they lacked other resources to feed, clothe, and maintain their families.

However, it was not just the shortages that caused women to oppose the Popular Unity government. In addition, a large number of women responded negatively to the rapid social transformations that took place during the Popular Unity years (1970-1973). Many middle and most upper-class women detested the heightened status working-class people acquired with the new government and the increased challenges young people posed to parental strictures on their lives. They, along with many working-class women, also disliked the street fighting and somewhat chaotic nature of politics at the time. Although for many Chileans the Popular Unity government represented an improved standard of living, integration into national and local politics, a sense of empowerment, and a fuller expression of democracy, for other Chileans, and most especially for many Chilean women, it represented turmoil and insecurity. For these reasons, a majority of women (but only a minority of men), implored the military to overthrow the democratically elected government and take power. And that is exactly what the Chilean military did on September 11, 1973. For the next seventeen years, General Pinochet ruled Chile with repression and terror. Oblivious or indifferent to the suffering the Pinochet regime inflicted on many Chileans, a large number of Chilean women embraced it. For them, the regime represented security and the restoration of the Chile they knew and loved. In their eyes, Pinochet was making Chile great again.

Although Chile in the early 1970s was very different from the United States in 2016, there are nonetheless important parallels. For many white people in this country, the idea, let alone the reality, of a Black man as president was simply unacceptable. Although Obama never posed the challenge to the capitalist system that Salvador Allende, a Marxist, did, for many white people Obama’s presidency threatened the white supremacist conception of power and privilege that has ruled the United States from day one. The Obama presidency, combined with the growing number of non-white people in this country, challenged many white people’s, perhaps especially older ones, sense of the correct social order. Many members of this demographic see diversity and a multicultural nation not as a strength but as a direct threat to the position they believe they are entitled to hold because they are white, and, they believe, members of the superior race.

However, there is also a gendered element to white people’s support for Trump. The majority of white women who voted (and of course some non-white women) in the United States voted for Donald Trump. How can we explain why these women would vote for a man who boasted of fondling women? A man who a number of women has accused of sexually abusing them? Trump has vowed to eliminate abortion and women’s right to control their body, which is not surprising since he has always exerted his right to control women’s bodies. Yet, the majority of white women voters voted for him. (Of course, some women voted for him specifically because he promised to appoint a Supreme Court judge who opposed abortion.)

For these women, as was true for the conservative women in Chile who sought the overthrow of Salvador Allende, the politics of fear conditioned and defined their political choice. In the face of a threat to their perceived position of racial superiority; of terrorism carried out, in their minds, exclusively by Muslims; and of the “hordes” of non-white people pouring over the U.S. borders, the 53 percent of white women who voted for Trump, looked to this self-defined strong man as a source of security. He, they believed, would protect them from these multiple threats, and they, in turn, would offer him their vote and their loyalty. This is the Faustian bargain the majority of white women who cast their ballots for Trump were willing to make to secure the empty promise of making America great again.

Consciously or unconsciously, the rejection of Hillary Clinton was based, in part, on these women’s belief that no matter what she said or did, she just wasn’t tough enough. They wanted a man like “no one is going to push me around” Trump to do the job.

Although I don’t know for sure, I assume that these women, or at least the majority of them, do not consider themselves feminists in any progressive sense, since everything Trump stands for is antithetical to fundamental feminist beliefs and values. Although some of these women, perhaps those who belong to Catholic or Evangelical congregations may look to each other for support, it is undeniable they rely on Donald Trump, one of the more odious examples of brutal patriarchy, to protect and defend them.

Given this sad reality, we, as feminists, need to redouble our bonds of sisterhood and our vision of a non-racist, non-heterosexist, anti-colonial, non-United –States-is-the-greatest-country-in-the-world movement. We must continue to struggle against class oppression, for disabled rights, and for the environment and global health. We can and do look to each other and others who are struggling alongside of us to make this vision a reality.

I wrote this because to stimulate discussion and understanding about why 53 percent of white women who voted cast their ballots for Trump. I hope it will generate ideas about where we go from here. I look forward to your thoughts.