Thinking About Moving to Mexico to Escape the Political Climate? You Wouldn't Be the First.

Lisa Pinley Covert is Assistant Professor of History at the College of Charleston. Her book, San Miguel de Allende: Mexicans, Foreigners, and the Making of a World Heritage Site, is forthcoming with the University of Nebraska Press. 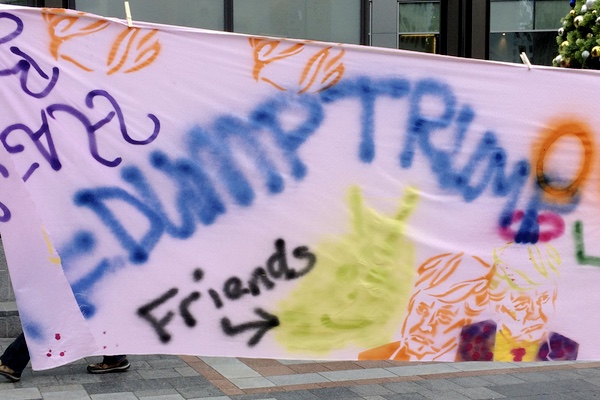 Since Trump's election, Americans have crashed Canadian immigration websites and contemplated moving to Mexico. Mexico may seem like a great choice if you prefer warmer weather, but it makes sense for other reasons as well. Indeed, although Trump and many of his surrogates have portrayed Mexico as a source of rapists, drug dealers, and other violent criminals pouring over the border to terrorize the United States, Mexico has long been a destination for immigrants, refugees, and others looking to improve their lot. For most of the twentieth century it was an important haven for exiles, political dissidents, and economic immigrants from around the world, including from the United States. Exceptionalist narratives often blind Americans to our nation’s own shortcomings, including the times in our recent past when Americans have crossed the southern border in pursuit of dreams that eluded them in the states due to repression, intolerance, and economic insecurity. 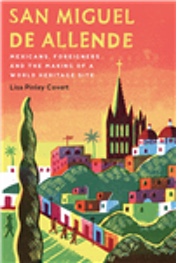 Most Americans imagine that their compatriots living in Mexico fall into three specific categories: entrepreneurs or business executives, retirees, and artsy bohemians. While these groups effectively encapsulate the majority of Americans living in Mexico today, the twentieth-century history of American migration to Mexico is much more complex. Whereas most Americans who move to Mexico exercise a degree of freedom and mobility relative to other immigrants, many midcentury Americans did not share that luxury.

Political repression and McCarthyism drove blacklisted Americans and sympathizers to Mexico during the early Cold War years. Among those was James Hawkins, who felt he could not longer bear the increasingly hostile political climate in the United States. Many of these political exiles ended up in Mexico City or Cuernavaca, but Hawkins made his way to the small provincial town of San Miguel de Allende where he encountered a growing community of like-minded foreigners. He eventually married Carmen Masip, whose family fled to Mexico during the Spanish Civil War.

African Americans also moved to Mexico during this period to escape racism and segregation. James “Jaime” Morris, who pioneered efforts to integrate law enforcement in Michigan and California, was among those disillusioned by racial intolerance. He first considered moving to Africa or Brazil before finally deciding on Mexico, where he became a leader in San Miguel de Allende’s expatriate community. Small numbers of the American gay community found havens in places like San Miguel where they felt less constrained than they did in the United States. Although not exiles in the legal sense of the word, these individuals, and the Beats, hippies, and other counterculturalists who followed them, found in Mexico a preferable alternative to the so-called postwar consensus.

The 1970s and 1980s sent larger waves of Americans into Mexico. Recovering Vietnam vets moved south so they could more easily afford health care, and the global recession of the 1970s drove American retirees to Mexico where they hoped their fixed incomes would stretch farther. Mexico's economic crisis in the 1980s was a boon to American immigrants due to favorable exchange rates, and NAFTA opened floodgates that unleashed American consumer products into Mexico by way of Wal-Marts and Costcos, which in turn made the idea of living in Mexico that much more palatable to Americans considering making the move. Today there are easily hundreds of thousands of Americans who call Mexico home (some estimates place it closer to a million, but precise numbers are hard to pin down). Their reasons for moving to Mexico are extraordinarily diverse: some are motivated by economics, others by the culture. Not all of them stay permanently. In some cases the cost of living was not quite as affordable as they expected or the culture shock was too much to overcome. The one thing they all share is the fact that they felt compelled to leave behind their life in the United States and search for their American dream elsewhere.

To be sure, the United States has also sent its share of criminals to Mexico over the decades. During the 1960s and 1970s Mexican officials fretted over the arrival of long-haired American youths in search of marijuana, hallucinogenic mushrooms, and other drugs. Municipal governments and law enforcement agencies turned to a variety of tactics, from head-shavings to deportations, to prevent them from spreading their vices to young Mexicans. American fugitives on the lam have also long sought refuge in Mexico. Their alleged offenses vary from fraud to violent crimes and many are rumored to have successfully evaded American authorities. One recent exception was the infamous “affluenza teen” who escaped to Mexico last year to avoid punishment for violating the terms of his probation and made headlines following his arrest in Puerto Vallarta. Finally, many Americans who moved to Mexico without criminal records or intents end up violating the legal terms of their stay by remaining longer than permitted, skirting laws to purchase property, or working without a proper visa. When Mexicans joke about needing a wall to prevent Americans from crossing into Mexico, then, it is not merely an allusion to historical military interventions but a recognition that problems continue to go both ways.

On September 16, 2016, San Miguel de Allende’s city council unanimously declared Donald Trump “persona non grata.” But before you decide to pack your bags and head south for San Miguel or any other Mexican city, it is worth considering that the city council’s pronouncement was not simply a statement against Trump, but also a demand for respect for all Mexicans and a call for Americans to stand up to the racist rhetoric that threatens U.S.-Mexican relations more broadly. San Miguel’s mayor Ricardo Villareal was quick to sing another tune after the election and proposed inviting president-elect Trump to the city. Even so, he was careful to emphasize that he hoped to ensure that Trump’s inflammatory remarks about Mexicans did not turn into concrete policies. This is a task we should all be willing to take on and one that, for now, can most effectively be accomplished at home.