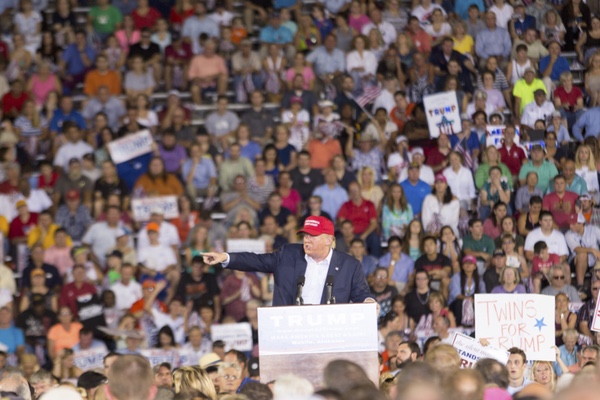 Recently, many commentators have expressed surprise at the romance between the incoming Trump administration and the hate-filled ranks of racial, religious, and nativist bigots.

But, in fact, the phenomenon of scapegoating―blaming a hapless and helpless minority for problems caused by others―has been fundamental to advancing the fortunes of the political Right throughout modern history. In Europe, political reactionaries traditionally found the Jews a useful target, for Jews not only practiced a much-reviled religion, but were considered an inferior race and disloyal to the nations in which they lived. In the late nineteenth and early twentieth century, Czarist Russia’s rulers launched bloody, devastating pogroms by Christians against the Jewish minority, plus anti-Semitic decrees and legislation that made life for Jews such a nightmare that large numbers fled the country. In subsequent decades, rightwing parties in Eastern and Western Europe also employed anti-Semitism as a staple of their campaigns, ultimately joining in Nazi Germany’s “final solution” to “the Jewish problem.”

In the wake of the disaster of World War II, Europe’s rightwing parties gradually changed their focus. Downplaying their traditional anti-Semitism, they began to whip up hatred against “guest workers” from southern Europe and Turkey and, more recently, Gypsies, North Africans, Muslims, and assorted refugees from the Middle East. Prating of their alleged national, racial, and religious purity, supposedly threatened by these “outsiders,” parties of the Right have attained popularity and won major election victories. They include the National Front (France), the Alternative for Germany, Progress Party (Norway), Law and Justice (Poland), the Freedom Party of Austria, the Swiss People’s Party, the Danish People’s Party, the Sweden Democrats, the United Kingdom Independence Party, the Golden Dawn (Greece), Lega Nord (Italy), and dozens of others.

Nor is this rightwing penchant for scapegoating minorities limited to Europe. In India, the ruling party is the BJP, a rightwing, Hindu nationalist political party that has arisen in recent decades with the avowed goal of saving the country from the danger of Muslims, at home and abroad.

How should this marriage of rightwing politics with racial, religious, and nativist passions be explained? Psychologists and other social theorists have argued that human beings have an unfortunate tendency to blame others for problems that these others did not cause, especially if they constitute a small minority and, therefore, are unable to defend themselves.

But this phenomenon also acquired a political dimension. With the gradual democratization of politics in the nineteenth century, the wealthy grew increasingly fearful that the lower classes would use their right to vote―and thus to govern―to take away their wealth and power. And, in fact, the masses often did have that in mind as they promoted political parties and government policies to foster economic and social equality. Simply championing a program of maintaining upper class privilege or of funneling even greater riches to the wealthy wasn’t going to win elections for the outnumbered upper classes and their parties on the Right. But, if the masses could be persuaded that their real problems didn’t lie with the privileges of the wealthy but, rather, with dangerous religious, racial, or foreign-born minorities, these parties’ election chances would be vastly improved. Not surprisingly, then, rightwing parties resorted to a bigoted appeal again and again. As Carey McWilliams, the long-time editor of The Nation, wrote of anti-Semitism, scapegoating served as “a mask for privilege.”

Certainly that’s how scapegoating worked in the United States. Although racial, religious, and foreign minorities served as targets for political abuse throughout American history, African Americans were particularly useful along these lines. The Southern planter class drew on racism to maintain its political power during the slavery era. And, even in the aftermath of the Civil War, the planters and the new industrial magnates defeated interracial working class alliances in the South by appealing to racism among poor whites. By fanning the flames of racism and using the Democratic Party to cement their rule in Southern states, wealthy Southerners succeeded in turning back Reconstruction, Populism, the Southern Tenant Farmers Union, and union organizing drives.

Outside the South, America’s economic elite operated for a time within a Protestant-dominated Republican Party, where it drew upon prejudice against Catholics and Jews (which often overlapped with prejudice against immigrants from Southern and Eastern Europe) that helped provide the GOP with a mass political base. Then, after the national Democratic Party passed civil rights legislation in the 1960s, Republicans saw an excellent opportunity to widen their support. Barry Goldwater, nominated as the Republican Presidential candidate in 1964, combined a vigorous defense of wealth with an assault on racial equality legislation. Subsequently, the GOP employed Richard Nixon’s “Southern Strategy,” Ronald Reagan’s dog-whistle appeals to prejudice, and George H.W. Bush’s racist Willie Horton campaign ads to appeal to racists in both South and North. From the standpoint of rallying a white majority, racist politics worked very well. Donald Trump’s combination of giveaways to America’s millionaires and billionaires with demagogic attacks on blacks, Hispanics, Muslims, and immigrants constituted only an extension of the GOP strategy.

By contrast, parties of the Center-Left and the Left usually supported the rights of racial, religious, and foreign-born minorities. In the United States, this opposition to discrimination―plus the long-term scapegoating of minorities by the political Right―has resulted in the fact that the Democratic Party now attracts the votes of the overwhelming majority of African Americans, Hispanics, Asian Americans, Jews, Muslims, and recent immigrants.

Even so, thanks to the efficacy of racial, religious, and nativist prejudice in election campaigns, we can probably expect that unscrupulous rightwing politicians will continue to draw upon bigoted political appeals. Given the power of scapegoating, there is no single way to resist this onslaught. But one way might be to expose the program of class privilege hidden behind the mask.