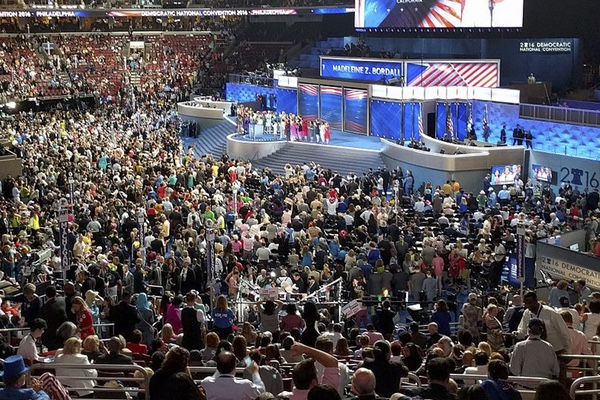 In an earlier article I pointed out that for two thirds of our history, from 1789 to 2009, we have seen multiple terms of office in the Presidency by the same political party.

A total of seven times and 132 out of 220 years, a political party has held the White House for three to six consecutive terms, with two time periods, the party holding power and winning the Presidency six times. The first of these times, 1801-1825 under the Democratic Republicans (Thomas Jefferson, James Madison, James Monroe), however, there was no real recorded popular vote, and only in 1824, at the end of this six straight elections streak, did we see mass universal white manhood suffrage and the counting of popular votes nationwide.

So only from 1861-1885 under the Republican mantle did we see six straight victories for the Presidency and the winning of the popular vote five times, sullied by the “victory” of Rutherford B. Hayes, who did not win the popular vote in the 1876 election, but winning the Electoral College after intervention by a specially organized Electoral Commission, including five Supreme Court Justices, along with five Congressmen and five US Senators.

When we look at the years from the 1992 election onward, six elections through 2012, the Democratic Party won the popular vote five of six times, all but 2004, although not winning the Electoral College in 2000 due to another intervention by the Supreme Court, giving the election to George W. Bush over Al Gore. But if the Democrats win the popular vote once again in 2016, seen as highly likely to occur, it will mean that the Democrats have won the popular vote in six of the last seven elections, an occurrence which has NEVER happened in the history of political parties in America.

And if it is a “blowout” election, which damages and possibly causes the demise of the Republican Party as we know it, due to Donald Trump being its nominee for President, it might lead to that party’s reorganization into some other combination under possibly a different name. If that occurs, it remains likely that the Democratic Party could win the popular vote for the next five to six Presidential elections at least, as part of the turning point election cycle which began with the election of Barack Obama in 2008, and usually, historically, lasts about 32 to 36 years at the least, as demonstrated by the “turning point” elections of 1828, 1860, 1896, 1932, and 1968.

So it could be that when we look back from 2040, we will see that the Democratic Party, barring unusual and transformative events beyond our understanding at this point, will have won the popular vote 12 out of 13 times from 1992 through 2040, and won the Electoral College as well for every election from 2008 to 2040, a total of nine times, far surpassing all historical records.

The only equivalent record that might be compared to this dominance would be the Democratic control of the US House of Representatives from 1955 to 1995, a period of two generations, close to being matched by dominance of the Presidency a potential 11 out of 13 times from 1992 through 2040.

If a political party is unable to win the Presidency for 32 or more years, it is a party that we would have to assume would be reorganized in a different form and name. Either that, or we could, instead, have the Republican Party continue to have the advantage in winning state legislatures and the governorships in many “Red” states, and evolve as a party which might control the House of Representatives for the long term future, through the utilization of gerrymandering. Along with occasionally winning the US Senate in midterm elections, it would perpetuate a long term impasse, stalemate and gridlock, that would likely lead to Democratic Presidents employing executive orders to accomplish goals that are prevented from occurring due to Congressional division and logjam.

If this occurs, the Presidency will continue to grow in power and authority, while Congress flounders and is weakened. Meanwhile, the Supreme Court will be tilting to the left long term, only adding to the confrontational attitude that will only worsen confidence in the American system of government, with separation of powers and checks and balances, but with a Democratic White House and Democratic majority Supreme Court, and a defiant Republican House of Representatives, and at times, Republican Senate. The long term prognosis for dealing with the many domestic and foreign policy challenges of our nation is not promising, as one tries to theorize as to the future of our constitutional framework given to us by the Founding Fathers nearly two and a half centuries ago.