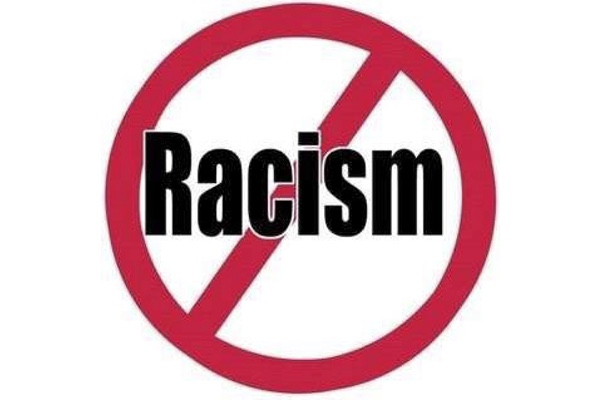 Many of us were told in elementary school that prejudice is caused by ignorance. When they grow up, many people cast aside such elementary school homilies as naïve at best, and actively misleading at worst. But it turns out that your elementary school teachers were wiser than you might have thought. Much racial, ethnic, and xenophobic prejudice is indeed the result of ignorance. It is a particularly pernicious part of the broader phenomenon of widespread public ignorance about political issues. 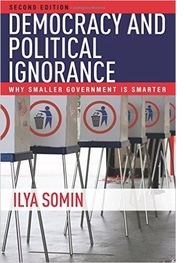 In the 2016 campaign, Donald Trump has been the most notorious purveyor of ethnic prejudice and xenophobia, vilifying Mexican immigrants, calling for a ban on the entry of Muslims into the US, and claiming that a judge could not preside over a lawsuit against him simply because he was of “Mexican” origin.

Trump’s campaign first came to prominence when he notoriously claimed that Mexico is sending us “criminals” and “rapists,” thereby increasing the crime rate. In reality, studies consistently show that immigrants – including those from Mexico– have far lower crime rates than natives. Unfortunately, however, polls indicate that some 50% of Americans (and 71% of Republicans) believe that immigration increases crime. Anti-immigrant sentiment in the US and other countries is also closely associated with overestimation of the percentage of immigrants in the population – a common phenomenon in survey data in many countries.

The connection between public ignorance and prejudice against Mexican immigrants is far from unique. Public ignorance has exacerbated many types of ethnic, racial, and religious hatred throughout history.

For as long as we have had modern public opinion polling, people with lower levels of education and political knowledge have, on average, shown less tolerance for racial, ethnic, and religious minorities, and have usually been more hostile to immigration and international trade. These relationships hold true even after controlling for other variables, such as income, gender, occupation, and race.

The connection between ignorance and various forms of prejudice is more than just a correlation. Often it is causation, as well. Most people who hate a particular racial, ethnic, or religious group, do not merely despise it for no reason at all. Instead, they often have a story in mind about how that group is harming society or poses a threat to their own group. And those stories are often the result of crude thinking, heavily influenced by ignorance and illogic.

Many who supported the continued enslavement of blacks did so because they believed that the southern economy could not function effectively without it – even though centuries of evidence showed that economic productivity was as high, or higher with free labor. Later, many segregationists believed that giving African-Americans equal rights would harm whites in a wide variety of generally implausible ways, including even leading to an outbreak of rape of white women by black men.

Economic historian Thomas Sowell has documented how hatred of “middleman minorities,” such as Jews in eastern Europe and Chinese in southeast Asia, is common in many parts of the world. It arises in part because many people don’t understand how middlemen reduce costs for consumers by facilitating transactions that might not otherwise happen. They instead often see middlemen as parasites who increase the cost of goods produced by others, without producing anything of value themselves.

Even Nazi anti-Semitism was in considerable part, the product of ignorance. The Nazis, like many other anti-Semitic nationalists, believed that Jews were harming Germans by supposedly dominating the German economy, media, and culture, whereas in reality Jews made a major positive contribution to German society, and their supposed “dominance” was vastly overblown. More generally, the Nazis, and many other anti-Semites, assume that if a minority group such as the Jews has become relatively affluent, it must somehow be at the expense of the majority.

The Nazis also believed that the only way for Germans to prosper in the long-term was by seizing land and resources from other peoples. They ignored the lesson of centuries of economic history, which shows that impressive growth can be achieved through good policy, without any need for imperial expansion.

Zero-Sum Thinking and Fear of Out Groups

In some ways, these types of ignorance are just part of the broader pattern of widespread public ignorance on many other political issues, documented over decades of survey data. Most of the public is often ignorant of very basic facts about politics and public policy. For example, an October 2015 survey found that only 34% of Americans even know the three branches of the federal government: the executive, the legislative, and the judicial. Other data show that most of the public is often ignorant about specific policy issues, and that they often do not understand very basic economics. Similar public ignorance is common in many other nations.

Such ignorance is not the result of stupidity, but often represents perfectly rational behavior. If your only reason to learn about political issues is to make better decisions at the ballot box, that turns out not to be much of a reason at all, because the chance that any one vote will affect the outcome of an election is infinitesimally small. Faced with such incentives, most voters are “rationally ignorant” about politics – they understandably focus most of their time and effort elsewhere.

Studies also indicate that voters routinely do a poor job of evaluating the very limited information they do learn. They overvalue any evidence that supports their preexisting views, and discount that which cuts against them.

Such ignorance and irrationality applies to a wide variety of issues, but is particularly dangerous when it comes to prejudice against foreigners and various minority groups. For people who don’t know much about a particular political issue and don’t think carefully about it, it is often tempting to blame problems on some group that seems very different from their own.

Psychologists find that people are often naturally suspicious of “out groups” different from their own, and therefore more likely to suspect them of nefarious activities of various kinds. In The Myth of the Rational Voter, Bryan Caplan showed that much of the public exhibits “antiforeign bias,” which causes them to view international trade and immigration more negatively than very similar transactions involving citizens of their own countries.

Many Americans worry about our trade deficit with Japan or Mexico in a way that few do about New York’s trade deficit with Iowa, or their personal trade deficits with their local supermarket. This, despite the fact that economists across the political spectrum recognize that none of these deficits actually say anything meaningful about our economic performance.

In addition to helping stoke fear of out groups, ignorance also exacerbates prejudice by contributing to the perception that the world is a zero-sum game. As Donald Trump likes to put it, nations like Mexico and Japan are “winning” and the United States is “losing” because they sell more goods to us than we do to them. Similarly, if Group A is doing well, it must be at the expense of B, C., and D. Understanding the fallacy of such thinking requires some knowledge of basic economics, and often also some reasonably careful reflection about the evidence. Rationally ignorant voters often do not bother to learn the relevant facts or consider them in an unbiased way.

The Nazis held a particularly extreme version of the view that the world economy is a zero-sum game. But more moderate – yet still dangerous – versions of the same world-view remain common on both right and left.

Zero-sum thinking need not always lead to racial and ethnic hostility, or xenophobia. It is also often channeled in other directions, such as hostility to the wealthier members of one’s own ethnic group or society. In some cases, it leads to a combination of both fear of foreigners and fear of the wealthy.

For example, unexpectedly popular Democratic presidential candidate Bernie Sanders echoes Donald Trump’s hostility to international trade, while simultaneously arguing that ordinary Americans can only be economically successful by redistributing vast wealth from “the 1 percent.” Until recently, he also expressed considerable hostility towards immigration, denouncing the idea of free migration of labor as a plot by “the Koch brothers” and other malevolent billionaires, which would impoverish the working class and end up “doing away with the concept of a nation state.”

Still, zero-sum thinking often leads to fear of out groups, such as foreigners or minorities. If the world is a zero-sum game, we often naturally assume that our only recourse is to ensure that “our” group ends up among the “winners” rather than the “losers,” as Trump might put it. Although often associated with the nationalist right, such thinking is not limited to any one side of the political spectrum. In both America and Europe, left-wing political movements have often been susceptible to it, as well – a pattern evident in the hostility of many early-twentieth century Progressives to immigrants and racial minorities, and in the recent rise of left-wing anti-Semitism in Europe.

There is no easy antidote to the pernicious interaction between ignorance, zero-sum thinking, and hostility toward out groups. But intellectuals and political leaders can help reduce the problem by recognizing the dangers of zero-sum thinking and trying to avoid stoking it, as much as possible.

Over time, also, it is sometimes possible for people to recognize that seeming out groups are more like themselves than they initially realized. The change in public attitudes towards African-Americans during the Civil Rights Movement, and – more recently – gays and lesbians is an example of such positive change. Unfortunately, that is more difficult to achieve in the case of groups that are more physically, culturally, or socially distant from us – such as foreigners and potential immigrants.

In his important 2006 book, The Moral Consequences of Economic Growth, economist Benjamin Friedman documented how intolerance and xenophobia tend to decline in periods of strong economic growth. People may be less prone to zero-sum thinking when the economy is doing well and it seems as if there is opportunity enough for all groups. In addition to its intrinsic benefits, growth may also mitigate group conflict and tamp down some of the harmful effects of political ignorance.

Finally, it might also help if more people kept in mind the connection between ignorance and prejudice, and made at least some effort to guard against it in their own thinking. Sometimes, it is well to remember what you learned in elementary school.