Catherine Clinton is the Denman Chair of American History at the University of Texas San Antonio. Her publications include Harriet Tubman: the Road to Freedom (2004) and Stepdaughters of History: Southern Women and the American Civil War (forthcoming from LSU Press). In 2016 she is serving as president of the Southern Historical Association and has been awarded a Guggenheim Fellowship.

When I began my doctoral degree in American history at Princeton during celebrations of the U.S. Bicentennial, it was an uphill climb for me: I had majored in African American Studies at Harvard and earned a master’s in American Studies at the University of Sussex. Trying to gear up for qualifying exams in American history, it is not surprising that the foundational text of Arthur Schlesinger’s Age of Jackson-–featured in the New York Times with an exultant review by Allan Nevins in 1945—remained a standard on graduate reading lists and for seminar syllabi. Suggestions that we might want to look at the history of prostitution produced snickers: should this topic be included under labor history or a history of the professions?  Women’s history had not yet cracked the graduation curriculum in 1976. 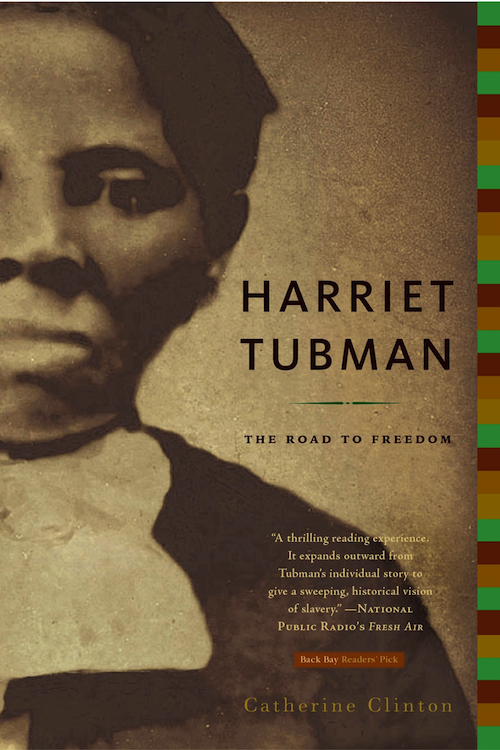 The reign of Jacksonian democracy persisted even as a rising generation of scholars launched multifaceted critiques, including, but not limited to:  Sean Wilentz, Mary Ryan, Charles Sellers, Christine Stansell—and the late Michael Paul Rogin (whose 1975 study, Fathers and Children, added fuel to the bonfire of anti-Jackson scholarship emerging).

My mentors at Princeton, James McPherson and visiting professor Eric Foner, both shaped my appreciation of the role of slavery in antebellum politics and the profound impact of emancipation, particularly self-emancipation in shaping nineteenth century politics. At the same time, pioneering women scholars such as Mary Beth Norton, Jacquelyn Dowd Hall, Linda Gordon, Nell Painter and Carol Berkin (to name only a few) were generous to me, encouraging feminist critique of curriculum and research topics devoid of gender analysis. In my third year of grad school, I co-organized an American Women’s History symposium, which only one member of the history faculty attended. Princeton was nicknamed “the last plantation,” which was far from true in the late 1970s, because there were plenty of campuses where history departments avoided serious engagement with gender and race, not just this most southern of the Ivy League schools.

Battling against academic conservatism determined to keep women out of the “master narrative” was frustrating: as one Princeton professor (in all seriousness) explained to me political history of American women only began in 1920 when females gained the vote. Our generation of feminist historians had our work cut out for us, and many tackled this challenge with evangelical fervor.

I had jumped ship to write full time rather than endure the “graves of academe”—the bleak prospects for women academics I sketched in my first publication following the awarding of my doctorate: “Women’s Graves of Academe” New York Times, 5 November 1980. My experience was idiosyncratic, as following my first tenure track job, I had been invited to teach at Harvard, in two different departments over a period of ten years.  But by 1991, with no tenure prospects in sight, I stepped off the academic ladder to write fulltime: a K-8 social studies textbooks series, scores of articles for reference books, some speculative screenplays, a handful of children’s books, and a graphic novel (published pseudonymously just in case I wanted to re-enter academic ranks, which I did in 2006).

My stepping outside the ivy-covered cloisters led me to appreciate the way in which academic history could and should be informed by more public engagement. After leaving the campus for a home office, I might offer a lecture in one of my sons’ elementary school classrooms. I found that fascination with Harriet Tubman was a constant and persistent theme, particularly the third grader who asked me about “Harriet Beecher Bathtub.” When I was writing an encyclopedia entry on Tubman in 1992, I discovered only a handful of scholarly articles had been published about her, and Earl Conrad’s 1942 biography was certainly outdated after half a century. Tubman languished, confined to the children’s shelf.

This hero of the Underground Railroad was the subject of more than two dozen juvenile and pictures books by 1990, with children’s literature on Tubman increasing exponentially at the turn of the century. Her image adorned dozens of reference-book covers, logos, and websites, as she had a symbolic utility for an academic audience—the “twofer” of being both black and a woman.

Her contributions before 1860 were always foregrounded, although she made significant contributions as a scout and spy for the Union during the Civil War.  After 1865, she had a steady and strong record of agitating for African American rights and women’s suffrage, while establishing her charity home in upstate New York. Yet the half-century following the abolition of slavery until her death in 1913 remains relatively neglected in accounts of her life.

When I proposed a trade biography of Harriet Tubman, I was taken aback when a senior scholar endorsed my idea but suggested that I needed to remind people that Harriet’s first language was Dutch (mixing her up with Sojourner Truth). When I told another mentor that I would be writing a biography of the most famous African American in the 19th century, he only guessed Tubman on the third try: coming up with Frederick Douglass first and then Toussiant L’Ouverture.  I only include these anecdotes to demonstrate that in 1998, I imagined incoming undergraduates (through their History Day competitions and Black History Month reading) were more familiar with Harriet Tubman’s achievements than most of their professors.

But by the time Harriet Tubman: The Road to Freedom appeared in 2004, scholars seemed ready to include Tubman within the framework of African American freedom struggles, to place her alongside feminist icons within women’s history. As I suggest in my biography, she had an adaptive historical persona: the Black Panthers celebrated her as a gun-toting comrade in arms, while contemporary survivors of domestic violence invoked her while establishing clandestine safe houses to protect women and children escaping abuse. Finally, the academy seemed ready to embrace her as a long, lost hero who had been there all along.

When the Women on the $20s campaign emerged in the spring of 2015, and then the Treasury launched its “New Ten” campaign, I pronounced Tubman a fine candidate, weighing in like many other scholars: Over the summer of 2015, when the “Save Hamilton” campaign was launched, I was grateful to be invited to the Smithsonian for a roundtable with Secretary of Treasury Jacob Lew and Treasurer Rosie Rios. I took the opportunity to provide both of them with a copy of Harriet Tubman: The Road to Freedom.

I also suggested—during our lively debates—that a woman of color must be the first female honored on any redesigned currency. I was not alone in this conviction nor the only one who advocated Tubman as the best woman to fill the bill.  In my forthcoming book, Stepdaughters of History: Southern Women and the Civil War, I argue that dismantling the Mammy is a necessary step for including African American women, particularly women like Harriet Tubman, within the proper context of U.S. freedom struggles.

Like many, I followed the media chatter on this topic, particularly when the Republican candidates were perplexed in their second debate in September 2015 when they were asked what woman would they choose for the currency; several suggested their mothers—likely unaware that no living person’s image is allowed on U.S. money.

As Secretary of the Treasury Jacob Lew predicted, soliciting suggestions via a Treasury website—which yielded well over a million and nominations—stimulated a national dialogue. The outcry over replacing Hamilton on the ten-dollar note was perhaps an unanticipated hiccup, but Lew argued that the “family of redesigned bills” would maintain Hamilton while creating opportunities for more than just one woman. Thus Lucretia Mott, Susan B. Anthony, Alice Paul, Elizabeth Cady Stanton and Sojourner Truth will also appear on the back of the $10 bill, and Marian Anderson and Eleanor Roosevelt (joined by Martin Luther King) are proposed for the reverse of Lincoln’s $5 portrait.  But it will be Harriet Tubman’s solo image that will adorn the front of the new twenty-dollar bill. Dislodging Andrew Jackson was a victory to many associated with this campaign. All of these scheduled redesigns will be glacially slow for a public primed for viral response.

Certainly this new era for Harriet Tubman ushers in more than the farewell to Jackson. These Internet contests and social media campaigns—soliciting opinion to stimulate discussion, while listening and pivoting in response to said discussion might create reverberations within the academy.  Historians and biographers, professors and students, pundits and theorists, and the inevitable legions of naysayers may find these critical moments challenging and often unsettling, but they signal change is afoot.

When I began my academic career over forty years ago, the idea that such a sea change would happen within my lifetime, that my students would come to college familiar with not only Harriet Tubman—but also Harriet Beecher Stowe and Harriet Jacobs—seemed unimaginable. The forgotten voices of women, particularly women of color,  are being recovered; Vicki Ruiz reminded her audience earlier this year, quoting a Latina radical during her AHA Presidential address (“Latina Feminist Traditions: 1900-1930”): “Women are capable of everything and anything.” Writing my biography of Tubman last century, I adopted the mantra: “Let a hundred Harriets bloom.” And sure enough, the U.S. Treasury has pledged billions of Tubmans will be in circulation soon.