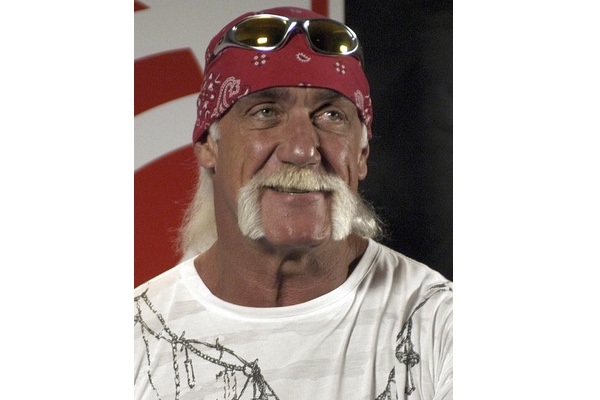 Regardless of whether you agree with the Hulk Hogan verdict or think the lawsuit will change the First Amendment, one thing is clear—the case hinges on “newsworthiness.” 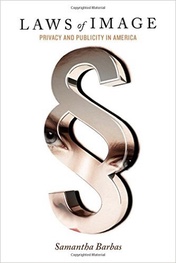 What is newsworthy? Quite a bit. A legal treatise describes newsworthy items as including “publications concerning homicide and other crimes, arrests, police raids, suicides … catastrophes of nature, a death from the use of narcotics, a rare disease, the birth of a child to a twelve-year-old girl … and many other similar matters of genuine, even if more or less deplorable popular appeal.”

For the most part, courts have deferred to the press on newsworthiness. If a publisher thinks something is worthy of being printed, then it’s often regarded as newsworthy under the law. Items that courts have deemed newsworthy include the names of rape victims, graphic images of people maimed in car accidents, embarrassing facts about celebrities’ private lives, video footage of a woman being raped, and in one case, excerpts of a celebrity sex tape involving Pamela Anderson.

There have been exceptions. In some cases, courts have declared matters too intimate to be newsworthy – facts about people’s health conditions, or their nude images, for example. Most of these decisions have involved ordinary people, not public figures. The law’s position on the privacy of public figures is fairly unforgiving. Celebrities are said to “waive” most of their right to privacy when they enter the spotlight. Not only do they assume the risk of losing their privacy, but their private facts are “matters of public interest,” as the public is always interested in celebrities.

This is why the Hogan case is important: if the verdict stands up on appeal, it could stake out terrain for the privacy of public figures, and potentially signal the beginning of a rollback of the broad view of newsworthiness that’s prevailed in the law for over 75 years.

The legal action for invasion of privacy originated in a famous 1890 Harvard Law Review article titled “The Right to Privacy,” written by lawyer Samuel Warren and future Supreme Court justice Louis Brandeis. The article was a response to the surge of mass media in the late 1800s. New technologies enabled the mass circulation of newspapers, and publications featuring sensational gossip and “yellow” journalism found a wide and receptive audience.

“The press,” Warren and Brandeis wrote, “is overstepping in every direction the obvious bounds of propriety and decency.”  “Gossip is no longer the resource of the idle and of the vicious, but has become a trade, which is pursued with industry as well as effrontery.” Warren and Brandeis proposed a “right to privacy” that would allow people to sue the press for embarrassing publicity of their private lives. By the 1940s, most states recognized a privacy action.

This cramped view of the “public interest” would be unconstitutional today. It wasn’t back then. The First Amendment prohibited “prior restraints,” suppressing speech before publication, but it didn’t protect people from being penalized for material with a “bad tendency.” Insofar as gossip was unsavory, it could be punished without violating the First Amendment. Freedom of the press, it was said, was not “license for its abuse.”

Yet to some critics, a too-narrow view of the “public interest” seriously threatened freedom of the press. Newspapers could be made to pay damages for innocently publishing embarrassing pictures of people. Politicians and public officials could use their “right to privacy” to suppress reports of corruption. Not knowing what someone might see as humiliating, publishers could self-censor, inhibiting the circulation of important news.

Concerns with the free speech implications of privacy law ramped up in the 1930s, an era when, in the words of one First Amendment scholar, “speech started to win.”

In the 1930s, “clear and present danger” became the First Amendment standard on the Supreme Court. The liberal, New Deal Court invalidated the convictions of Jehovah’s Witnesses, socialists and other dissenters under laws restricting speech that didn’t pose an immediate threat to public safety. The Court regarded claims involving free speech rights with heightened scrutiny -- with a “thumb on the scale” for speech.

The Court’s First Amendment jurisprudence reflected ideals of pluralist democracy– the idea of democracy as a participatory enterprise built on “public discussion.” Democracy depended on public debates on “matters of public concern” -- “all issues about which information is needed or appropriate to enable the members of society to cope with the exigencies of their period.” The Court recognized the central role of the media in “public discussion.” “The newspapers, magazines, and other journals of the country, it is safe to say, have shed and continue to shed more light on the public and business affairs of the nation than any other instrumentality of publicity,” declared a 1936 opinion. The purpose of freedom of the press was “to preserve an untrammeled press as a vital source of public information.”

Because there was public interest in celebrities, facts about their personal lives were newsworthy “matters of public interest.” When NBC broadcast a wiretapped conversation between Charlie Chaplin and a radio host, Chaplin sued for invasion of privacy. A court held that Chaplin waived his right to privacy over the conversation because he was a “prominent public figure whose activities are of general public interest.” The right to privacy “does not exist where a person has become prominent or distinguished.”

Ordinary people had a stronger right to privacy, but they, too, gave up their right to privacy when they were involved in “matters of public interest,” willingly or unwillingly. In Waters v. Fleetwood, from 1956, the Supreme Court of Georgia held that a newspaper that published and sold photographs of a brutally murdered girl was not liable for invasion of privacy. Even though the photos were gruesome, the newspaper had a right to print and sell them because the murder was a “matter of public interest.”

By the 1950s, courts often equated media content with “matters of public interest.” If something appeared in the press, by definition, it was a “matter of public interest” and newsworthy. This circular definition of newsworthiness essentially gave the press the power to say what was privileged, and to free itself from liability for invasion of privacy.

In 1967, in the landmark case Time, Inc. v. Hill, the Supreme Court almost reined in “newsworthiness.” The case involved a strange series of events. In 1952, the Hill family was held hostage in their home by escaped convicts. The fugitives treated them politely, took their clothes and car, and left them unharmed.

In 1954, a novelist published The Desperate Hours, a “true crime” thriller about a family held hostage in their home by escaped convicts. The Desperate Hours was based loosely on the Hills’ story but leavened by the author’s imagination. The novel was filled with violence and suspense; in the story, the father was beaten and the daughter raped. The bestselling book was made into a Broadway play, and later a Hollywood film.

In 1955, Life magazine ran a story on the play. The article falsely described the play as a “reenactment” of the Hills’ experience. Life used the Hill family’s name to give the piece a “newsy” tie to a “real life” crime. The family was devastated by the unwanted publicity, and they sued Time, Inc., the publishers of Life, under a New York privacy law.  They won at trial, and Time, Inc. appealed to the Supreme Court. Time, Inc. argued that the article was “newsworthy” and the judgment for the Hills violated freedom of the press.

A 6-3 majority initially decided in favor of the Hills. Life’s use of the family’s identity was not “news,” wrote Abe Fortas for the majority. It was irresponsible journalism inflicting “needless, heedless, wanton and deliberate injury” on innocent citizens. “The deliberate, callous invasion of the Hills’ right to be let alone … cannot be defended on the ground that it is within the purview of a constitutional guarantee designed to protect the free exchange of ideas and opinions.” Fortas went as far as to declare that the constitutional right to privacy, recently established in the 1965 birth control case Griswold v. Connecticut –in “penumbras” and “emanations” of the Bill of Rights – protected people from invasions of privacy by the media.

But before the Fortas opinion was issued, votes switched. The turnaround was the result of a feud between Fortas and Hugo Black, who believed all restraints on publishing were unconstitutional. The majority that voted for the Hills dissolved; a new 6-3 majority voted in favor of Time, Inc.

William Brennan – the author of the 1964 opinion in New York Times v. Sullivan -- wrote the new majority opinion. Human-interest stories and gossip columns -- the “vast range of published matter” that appeared in the mainstream press -- were protected by the Constitution, Brennan suggested. If a publication was a matter of “public interest” –if the public was interested in it -- it was newsworthy. Brennan said the Hills had no reasonable expectation of privacy when it came to media publicity: “Exposure of the self to others in varying degrees is a concomitant of life in a civilized community. The risk of this exposure is an essential incident of life in a society which places a primary value on freedom of speech and of press.”

The Hill decision applied only to cases brought under New York’s specific, peculiarly worded privacy law. It did not set out a constitutional definition of “newsworthiness,” nor say there could never be a case where an offensive publication warranted a privacy claim. What Hill did make clear is that newsworthy “matters of public interest” are at the heart of the First Amendment, and the constitutional meaning of newsworthiness is broad.

After Time, Inc. v. Hill, “newsworthiness” practically engulfed privacy under state privacy laws. In the 1980s and 90s, scholars wrote “requiems” to the privacy tort, declaring it nearly dead. Since Hill, the Supreme Court has heard only a few cases involving the First Amendment and privacy. It suggested that liability for the publication of true, private facts could be unconstitutional, though it never ruled definitively on the issue.

It’s hard to predict what would happen if the Hulk Hogan case did go to the Supreme Court. For decades, the trend has been towards expanding free speech and expanding “newsworthiness.” But we live in different times. Today, everyone is a journalist, and the boundaries of public discourse are being pushed to extremes. Though the public supports free speech in principle, it sees privacy as fragile and imperiled. A good portion of the public seems to think that the law should step in to aggressively protect privacy, especially online -- as the public reaction to the Hogan case makes clear.

Public opinion does not make law, but it does establish the cultural frame in which cases are decided. The Hogan lawsuit could be the beginning of something big.