Does the 1896 Presidential Election Shed Light on Today’s Politics? 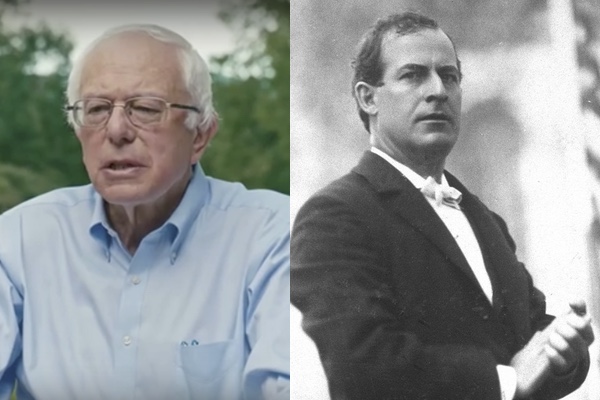 In one of those moments professors sometimes have in the midst of teaching, I came to a realization about the 2016 election. It sounds an awful lot like 1896 when William Jennings Bryan ran against the establishment on a populist platform. The parallel isn’t exact, but as Samuel Clemens once quipped: “History doesn’t repeat itself, but it often rhymes.”

After his victory in the New Hampshire primary, Sanders declared: “Let me be very clear, it is not fair when we have more income and wealth inequality today than almost any major country on Earth. And, when the top one-tenth of 1% now owns almost as much wealth as the bottom 90%, that's not fair. . . So, are you guys ready for a radical idea? Together we are going to create an economy that works for all of us, not just the 1%.”  These words, without the modern jargon, could easily fit another era and political movement. In the early 1890s, as America was rapidly industrializing and as the robber barons grew ever richer at the expense of untold numbers of Americans, the People’s Party – the Populists – coalesced as a union between farmers, labor, and reformers. At its inaugural convention, the Populist’s keynote speaker said: “The fruits of the toil of millions are boldly stolen to build up colossal fortunes for a few .... From the same prolific womb of governmental injustice we breed the two great classes — tramps and millionaires.” As a new political party and movement, the Populists did well and by the 1896 presidential election regarded their prospects as hopeful. 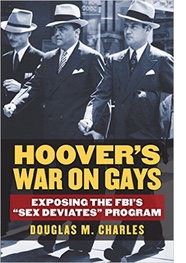 The Republicans were united in economic policy, firmly behind a protectionist tariff and gold backing the dollar. The Democrats advocated a low tariff but were divided over the currency issue. Additionally, Grover Cleveland, a Democrat, was the presiding president and took the blame for unstable economic times and unpopular economic policies. As a divided party, electoral prospects looked dim for the Democrats, while unified Republicans expected to do well. The People’s Party also expected to do well, having grown since 1892.

Challenged from the left in the 1896 election campaign the Democrats, essentially, co-opted the People’s Party platform and nominated the populist William Jennings Bryan. Bryan won the nomination with calls that he stood for the “producing masses of this nation” against the “financial magnates” who had the people under their thumbs. Bryan declared: “[M]y friends, it is simply a question that we shall decide upon which side shall the Democratic Party fight: upon the side of the idle holders of idle capital, or upon the side of the struggling masses?” In his campaign Bryan called for, among other seemingly unreachable issues of his day, the rich being taxed, an end to corporate campaign contributions, nationalizing the railroads, and an “end [to] financial tyranny.”

The Republicans, led by their nominee Governor William McKinley of Ohio, had huge sums of industrial and special interest money backing a well-organized campaign, a harbinger, actually, of modern American politics. Having scant financial resources, Bryan did what he could and campaigned hard around the country, attracting and speaking before one massive crowd after another. Republicans and others threatened by his message painted Bryan as a radical and anarchist with “communist spirit” whose ideas would wreck the economic system. Teddy Roosevelt wrote that electing Bryan “would be a great calamity” and he thought the Populists were “plotting a social revolution.” Others, in a different slight, even commonly charged the Democratic Party with being “too friendly” towards immigrants. In the end, McKinley won the popular vote by almost 1 million and trounced Bryan in the Electoral College.

Much of this echoes in today’s politics, and suggests the kind of campaign the Republicans might wage against Sanders. While our current economy is sound, unlike 1896, some prognosticators have warned the wavering global economy could well upset it; that, however, remains to be determined. Clearly, though, Sanders’s rhetoric resembles both the Populists’ and Bryan’s as he rails against our modern corporate robber barons. While Sanders will not accept Wall Street or Super PAC campaign funds, it seems reasonable to conclude the Republican candidate, whomever that may be, will raise massive amounts from the corporate world, as McKinley did in 1896. Sanders, like Bryan, regularly draws huge crowds and will rely exclusively on small contributions, which in today’s world and unlike Bryan’s could result in substantial campaign sums. But in a campaign where Sanders is calling for a “political revolution” can he match in the longer run the Republicans’ massive Wall Street campaign contributions, contributions from those who likely will regard Sanders as threatening the financial order (again, reflecting 1896) with his people-versus-Wall-Street stump speech? Some have argued that Bryan could have won the presidency if the election had been held earlier. Similarly, can Sanders maintain his seeming momentum, raising large amounts of small-donation money, through November?

If chosen as the Democratic nominee, it seems clear Sanders will receive withering attacks from the Republicans as Bryan did in 1896. Sanders is calling openly for a “political revolution” and is waging a Bryanesque political campaign of the people versus Wall Street. It takes little imagination to visualize a Republican attack, painting the socialist from Vermont as a radical seeking revolution – just like they did with Bryan. In fact, it has already happened. Leading GOP contender Donald Trump in October called Sanders a “maniac” and a “socialist slash communist” wanting to give everything away, while the conservative World Net Daily has labeled Sanders a Communist who wants to overthrow the capitalist system.

Another contributing factor to the Democrats’ loss in 1896 was the fact that under the surface the party was divided on economic policy while nominating a non-establishment pro-inflation (silver) leader. Sanders, formerly an Independent who only recently became a Democrat, for the first time since 1972 is seemingly creating a wedge in the Democratic Party machinery, especially in positioning himself, as opposed to Clinton, as a true progressive. Until now, such litmus tests over who was a true believer were restricted to the GOP. Sanders himself, though, doesn’t openly lampoon Hillary as much as his supporters do, fairly or not leading Politico to publish this political cartoon. One can even note the moment in Sander’s New Hampshire primary victory speech when he congratulated the Clinton campaign for a good effort, but the thank you only generated awkward silence and no applause.

Sadly, the United States has a long history of fearing the left, and marginalizing or silencing it, but especially socialists and communists. It’s not difficult to see the GOP unleashing a withering, well-funded smear campaign immersed in red baiting, ideology, and division against Sanders reminiscent of that waged against Bryan in 1896. The United States, moreover, doesn’t have a good track record when ideologues have run for president, whether it was Bryan or Barry Goldwater – smeared by LBJ as dangerous – or George McGovern (for whom I once worked as a teaching assistant) who was popularly regarded as too close to radical anti-Vietnam War activists. The only populist elected president was Andrew Jackson in 1828, and only on the second go-around. While reminiscent of Bryan, is Sanders also in the same mold of a Goldwater or McGovern? That remains to be seen in a general election as opposed to a primary, but history is prologue and it is certainly something we should consider.