Mary Rizzo is Associate Director of Digital & Public Humanities Initiatives for History and American Studies at Rutgers University-Newark. Her book, Class Acts: Young Men and the Rise of Lifestyle, examines the intersection between youth stylistic rebellion and the marketing of lifestyle. In addition to her work in public history and digital humanities, she is interested in urban cultural representations. She tweets about all of the above @rizzo_pubhist.

The New York Public Library recently announced the addition of more than 180,000 items to its digital collections, along with improvements to the digital interface to help users find the content they want, especially if they are looking for public domain or restriction-free content.

With so much stuff, there's material for anyone from entomologists to cartographers. Highlighted here are five digital collections that may be of particular interest to cultural historians, especially those who deal with 20th century history. These collections contain everything from photos to maps to posters, making them a treasure trove for historians who study visual culture, material culture, design, technology and so on.

And for those of us who have dealt with the complicated and often confusing process of getting permission to use images in our published and online work, the NYPL offers a helping hand. First, a great deal of material in the collection is in the public domain, meaning that it can be used freely. For other items, the library has clarified who owns the rights, helping to streamline the process.

Plus, they are encouraging artists and others to remix their collections. Downloads of varying qualities are provided to cover all the bases from a blog post to a book cover.

Overwhelmed by the sheer plenitude? Here are a few places to start: 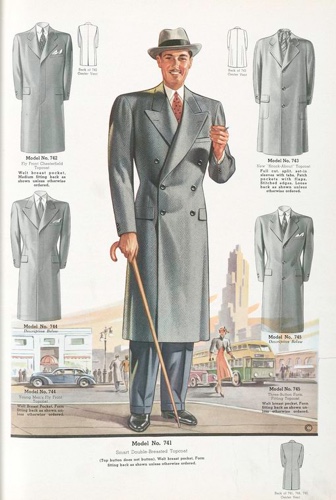 What's more ephemeral than fashion? Although cultural historians, including myself, have argued that clothes are one way that people construct their gender, racial, and sexual identities, because fashion is perceived as frivolous, it can be easily lost. This may be doubly true for men's fashions. The Industrial Revolution meant that men needed to put away their ruffles and capes for clothes that were more rational, like the business suit. Because men's clothes seem to barely change, small tweaks like the width of a tie or a suit with one button or two are significant. Making these changes acceptable to stores and consumers required showing them how these looks looked in order to convince them such changes were needed. This process is captured in catalogs with images like the one on the left, which were used by textile manufacturers to sell their wares to manufacturers. The drawing of the man, the background he's placed in, all tell us a great deal about images of ideal masculinity. Plus, these images have no copyright restriction. 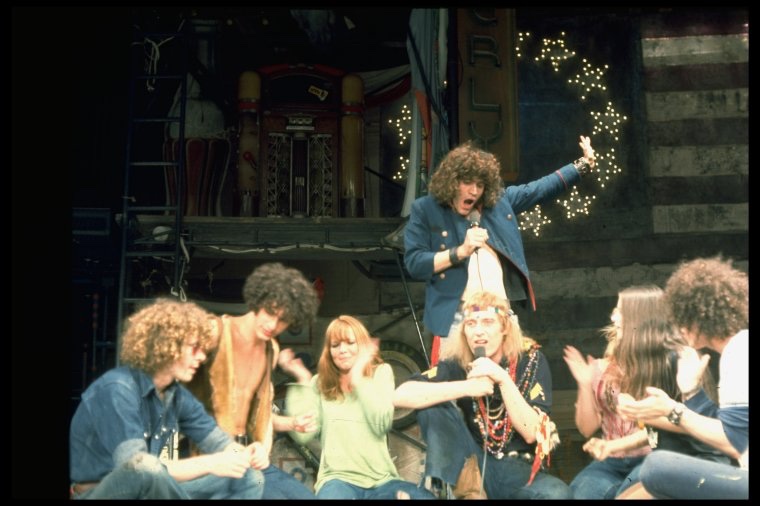 A scene from the Broadway production of the musical Hair.