Thomas Fleming is the author of “A Disease in the Public Mind,” a book that explores the much misunderstood history of slavery and abolitionism and its tragic outcome. 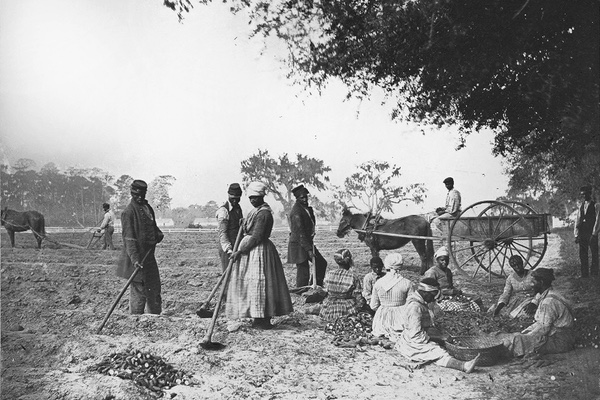 Never in my 60 years of reading and writing about history have I seen so much deep breathing about the legacy of slavery without getting anywhere. Since the murder of nine black people by an amok white maniac in a Charleston South Carolina church, race hatred is pulsating all around us. I am forced to ask – not for the first time – why Americans in general and scholars in particular do not want to look at two solutions to slavery that might have avoided the holocaust we call the Civil War and its aftermath of hate-laden racism. 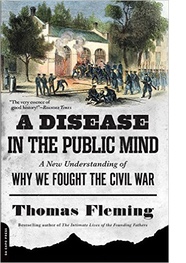 The first solution came from Abraham Lincoln. It was the solution that the British used to free a million slaves in the West Indies in the 1830s – compensated emancipation. Not once but twice Lincoln offered the South millions of dollars if they would agree to gradually free their slaves over the next 40 or 50 years. With smears and sneers of rage the South refused the offer. Why?

The answer has a great deal to do with the second unmentioned solution to the problem of slavery in America. Virtually no one of importance – and absolutely no one of unimportance – got this solution right. Thomas Jefferson, whose political judgment was erratic at best, led the way – – patting himself on the back for persuading the Confederation Congress to ban slavery in the Northwest Territory in 1785. As the nation expanded West, this eventually became a ban that confined the evil institution to the South and several border states. “Free Soil for Free Men” became an article of faith for the new Republican Party. Almost as an afterthought they subscribed to Jefferson’s theory – really a vague hope – that slavery would eventually wither away if confined to the South.

Only one thinker worthy of our respect realized this was not the answer. James Madison’s remarkable intellect had created most of our Constitution. Watching the New England states, then New York, New Jersey and Pennsylvania pass laws gradually abolishing slavery with no backlash from the white population or outbreak of violence from the freed slaves, Madison noted that in all these states slaves and slaveowners were a distinct minority of the population. No one paid the owners anything to free their supposed property. The slaves were emancipated by a majority vote of a state’s population or its legislature.

Madison concluded that a national solution to the problem of slavery could be found in one word – dispersion. By allowing slavery in all the new states beyond the original thirteen, the federal government would gradually make it a minority issue, which could be eliminated state-by-state, as it had been in the first round of emancipation in the original northern states.

Alas, by the time Madison reached this conclusion, the abolitionists were in full cry, demanding immediate emancipation for every slave in the South, and smearing the reputations of slave owners and anyone who defended them. Immediate emancipation was never going to happen because the idea triggered the South’s primary fear – a race war. This fear became a full-blown dread when Napoleon Bonaparte attempted to reconquer the country we now call Haiti, to regain its enormous sugar profits for the French treasury. When the dictator’s army collapsed from yellow fever, a black army marched across Haiti and killed every white man, woman and child.

President Thomas Jefferson reacted by asking his son in law to introduce a resolution in Congress, banning all American contact with Haiti. This early version of segregation passed overwhelmingly. For the next 58 years, Haiti remained isolated. The next president to make diplomatic contact with them was Abraham Lincoln in 1862.

For Southerners this fear of a race war was confirmed in 1831 when the Virginia slave Nat Turner launched a revolt with the same race–rooted characteristics – his followers killed every white person in their path. Thereafter for thoughtful Southerners slavery became an ever-growing problem. Night after night, armed white men, drafted from the militia, patrolled the roads in every state to make sure the ghost of Nat Turner did not resurrect itself. In more than half the counties in the South, black slaves outnumbered whites. No one could persuade Southerners to free the slaves for any amount of money when faced with this frightening statistic.

In 1831 Thomas Jefferson’s grandson, Thomas Jefferson Randolph, presented a gradual emancipation plan to the Virginia legislature. After a furious debate that lasted for weeks, the plan was ultimately rejected. But not before numerous distinguished Virginians admitted that slavery was a curse that baffled any and all viable solutions.

What does this tell us? Several things. The South’s embrace of slavery was not rooted in greed or a repulsive assumption of racial superiority. Two thirds of the plantations in the South had black overseers – talented black men to whom the plantation owners gave the responsibility of raising and selling their crops. Numerous other plantation jobs that required skilled labor were also performed by black men.

The primary motive for the South’s intransigence on slavery was fear – a fear unintentionally created by idealistic politicians like Thomas Jefferson. Irony, as more than one thinker has noted, runs through history like a dark thread.

Perhaps, 150 years after slavery’s abolition, it is time for us to realize that failing to eliminate the cursed institution was not anyone’s fault. Everyone – Thomas Jefferson, Abraham Lincoln, the abolitionists, the slave owners and their Southern supporters – thought they were doing the right thing. Free soil for free men had become a cry that no northern politician could oppose without committing electoral suicide. South and North, the nation was in an emotional trap that made the Civil War inevitable.

If enough Americans – white and black – understand how we created this perfect storm of opposing good intentions, perhaps we can begin the struggle to achieve mutual forgiveness.