Shame on you, Niall Ferguson

by Paul B. Sturtevant

Paul B. Sturtevant is a Research Associate at the Smithsonian Institution.  He holds a PhD in Medieval Studies from the University of Leeds, U.K. He is the editor and chief contributor to The Public Medievalist. 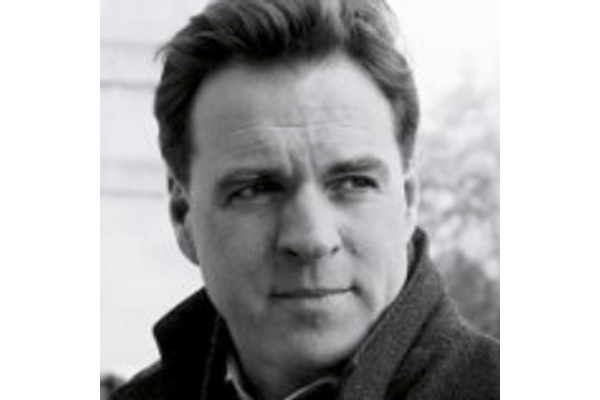 Around the world, people continue to struggle to make sense of the attacks in Paris. An historian’s job in such crises is to offer context and balance, to show how the past helps us understand these events and resist knee-jerk overreactions. In a debate stuffed with ideologues, historians must be among the adults in the room.

Instead, Harvard historian Niall Ferguson has elected to throw gasoline on the fires of Islamophobia. In an article published in the Times of London, the Boston Globe, and the Australian, he grossly misuses the past to promote hateful ideology.

In it, Ferguson presents an apocalyptic prophesy where Europe stands as a new Roman Empire in decay. Europe, as Rome before it, “has allowed its defenses to crumble,” has “grown decadent,” and “has opened its gates to outsiders who have coveted its wealth without renouncing their ancestral faith.” He is abundantly clear who those “outsiders” are: “they have come from all over the imperial periphery — from North Africa, from the Levant, from South Asia … in their millions.”

Looking at the Paris attacks, he intones: “this is exactly how civilizations fall.”

Classical historians are livid. Professor Mark Humphries asserts that Ferguson’s constitutes an “eye-wateringly simplistic distortion” of Roman history. All Ferguson’s arguments spring from Edward Gibbon’s The History of the Decline and Fall of the Roman Empire, a text which is 200 years out of date and stuffed with British colonial thinking.

No reputable historian today believes the Roman Empire crumbled due to becoming “decadent” (a rotten chestnut invented by Gibbon). Ferguson’s view that Rome’s fall was precipitated by greedy outsiders is a willful misreading of the past.

But the critical thing to remember is that even if the Roman Empire fell precisely how Ferguson describes, his choice of analogies evinces a repugnant worldview.

Ferguson imagines an Empire weakened by multiculturalism—the corollary implying that cultural purity is strength. This is the logic used by the worst of the European far right. In the 1930s, Nordicist historians (beloved of Mussolini) argued that the Roman Empire fell due to Jewish immigrants. Contemporary white supremacists (like Norwegian terrorist Anders Breivik) shift the blame to other Semites—Ferguson’s “peripheral” people. All imagine Rome like Ben-Hur—where even the Jews are played by Charlton Heston. That past never existed. For centuries, as Cambridge Professor Mary Beard writes, Rome’s people were “as diverse as that of any city in the world had ever been.”

Ferguson also sees a Rome where “convinced monotheists pose a grave threat to a secular empire.” Perhaps Ferguson believes that European Christians and Jews are not “convinced” enough to be dangerous.

Really, to Ferguson only Muslims are under suspicion. According to Ferguson, most European Muslims: “hold views that are not easily reconciled with the principles of our modern liberal democracies,” namely: “equality between the sexes and tolerance not merely of religious diversity but of nearly all sexual proclivities.” These values are hardly universal amongst Europeans—tolerance of religion especially so, considering famous bans on minarets and headscarves. Regardless, Ferguson calls for intolerance against all because some might be intolerant.

Ferguson concludes with a bizarre turn for an historian: he professes ignorance, and then makes history up:

“I do not know enough about the fifth century to be able to quote Romans who described each new act of barbarism as unprecedented, even when it had happened multiple times before; or who issued pious calls for solidarity after the fall of Rome, even when standing together in fact meant falling together; or who issued empty threats of pitiless revenge, even when all they intended to do was to strike a melodramatic pose.”

Of course he cannot quote them. They do not exist. But that really isn’t the point—he demands the reader imagine that the present exists in his fantastical Rome. And in a display of insane circular logic, Rome must have been that way because it is so much like the present.

Linking the past and present is one of the most potent tools in an historian’s arsenal. However, in order to be useful, these links must be based in reality rather than fantasy. If we want to know how to respond to terrorism, we needn’t look to Rome. Look instead to the flinty response to the Blitz or the Troubles: keep calm, stand together, and endure. And when confronted with a refugee crisis, remember the waves of refugees fleeing World War II, or the Great Famine in Ireland, and remember the needless death and suffering caused by those who viewed them as invaders.

Or perhaps it is best not to imagine them as resurrected figures from the past, crushing them into an anticipated mold. Instead, try to understand them. Listen to their stories. Like adults.