How Your Term Paper Is Like an Episode of CSI

Adam Arenson is an associate professor of history and the director of the urban studies program at Manhattan College. He is co-convener of the Writing History Seminar, and maintains a research blog at http://adamarenson.com. He is the author of The Great Heart of the Republic: St. Louis and the Cultural Civil War, co-editor of Civil War Wests: Testing the Limits of the United States and Frontier Cities: Encounters at the Crossroads of Empire. 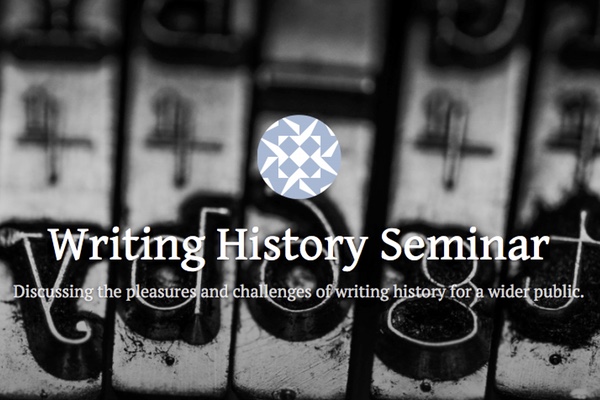 The semester is drawing to a close, so it’s time to get serious about that research paper.

Wait—you are headed to the couch to watch some TV?

Ok, that seems a reasonable way to prepare to write it.

How so? Suspense-filled half-hour and hour-long shows are effective at providing a compelling question, keeping focused on the argument at hand, condensing research into its most effective form, making the investigators the stars, and finishing with a flourish, right on time.

In the spirit of term-paper season, I want to explain how that crime, medical, or legal drama might be your best writing coach.

Providing a compelling question. It happens so often it’s a cliché: the show opens with a regular life being interrupted by the discovery of a dead body. Attention gripping, to the point: this is not an introduction that starts as so many student papers do, with some paean to how “throughout time, wars have plagued human societies.” Here’s a dead guy, and we’re going to spend an hour figuring out how he got here, and whether the perpetrator will be punished.

Take the lesson to heart: in your title and your opening paragraph, provide a compelling image, a sharp-edged argument, a reason for your reader to want to keep going and not change the channel.

Keeping focused on the argument at hand. Television shows create and solve problems so well that they need to create dead ends and dismissed possibilities to keep viewers along for the ride.

Your research and writing process will have a lot of dead ends on its own: hunches that don’t pan out, sources you can’t find, ways of framing the argument that turn out to be all wrong. Unlike TV, we generally don’t want to hear about them, but it is worth including a few of the alternative explanations that rival your argument, and demonstrate why your thesis is the one that will carry the day, not that idea the police captain at the desk insists is correct.

Condensing research into its most effective form. Do you notice how television shows ask for DNA evidence and get it immediately? Or say they will go through all the surveillance footage for the past three weeks, and then cut to the telling clip? That’s because they don’t have time to show you how long these procedures really take, between the actual labor and the lab backlogs (which are months, years, and even the equivalent of never-tested rape kits in some states). Skipping the tedium, and the waiting, and the uninteresting dead ends means that results magically appear: the perfect evidence for the search is revealed succinctly, and the chase moves on.

Your research paper should do the same thing. For a quality research paper, you will read lots and lots of things that aren’t relevant to your paper, and find evidence that isn’t quite good enough to make it into the text. That’s the nature of the business—so don’t put that dross in your paper. It can all go in your bibliography, and some can go in your citations as “For similar cases, see….”. Even an invaluable source will go on at length, and that isn’t an invitation for a long block quotation. Take the juiciest bits, string them together with ellipses, and keep moving.

Making the investigators the stars of the show. That colorful character you meet in the first minute of a show who you know will be dead soon? The aggrieved widow or mother or brother, who might also be the culprit? The child rushed into the emergency room? That crying client with sympathy but not the law on their side? They immediately captivate you—but, after watching a few episodes, you know that they are only the prelude. The shows don’t really begin until they call up the familiar cast of police detectives and medical examiners, prosecutors and judges, doctors and nurses. It’s called a procedural. This is because the real stars are those who dramatize the everyday working of the police, hospitals, and courtrooms with their Hollywood-endowed credentials.

In your paper, you and your argument should similarly receive starring roles. Some sources are so eloquent or so compelling that you are tempted just to let them fill the space, but what makes it an essay rather than just a transcript is your intervention—the moments when you guide the reader to see what is important, or contradictory, or wrong based on other sources and traces of evidence. A paper can’t just be an impersonal gathering of the evidence. While the first-person “I did this” or “I think” won’t work for most paper styles, insert your argument as the director does: in the scenes you select, the order you choose for them, the decision of who gets the close-up and when. How you signal your argument’s importance is the interesting part, even if a thousand other television shows or student papers have been down this road before.

Finishing with a flourish, right on time. Whether it is Lennie Briscoe finishing with a wisecrack or the ER team sharing a beer, lots of procedurals finish their work with a few seconds to spare, so that the main characters can sit back, relax, and reflect one more time on the bigger picture. Then the credits roll and the next half-hour of television can fall right into line.

There are three lessons here for the paper-writing: leave a concluding space for the big picture; fill the space allotted; and get finished by your deadline. The latter two are rather obvious—and, in the age of digital submissions, we know when you messed with the margins or the font size to make it artificially longer or shorter. But the first one is very important: just as the investigator relates all the pieces of the case to the suspects, and they finally break down and admit what they did, a good summary always is a good choice.

That final breather is key, where you can step back and tell us why your argument matters not just for the evidence here, but for the wider field of study, how questions like these are essential to some wider, perhaps even universal truth. Pulling the camera back from that porch, and flying up over the town, as the sun is setting—that’s the kind of magical paper writing that can earn an A.

So happy term-paper season. For you and your favorite television show, I hope the ratings are good.

Thanks to Megan Kate Nelson and Rebecca Rosenthal.