Nile Green’s latest book is The Love of Strangers: What Six Muslim Students Learned in Jane Austen’s London (Princeton). He is a Professor of History at UCLA and founding director of the UCLA Program on Central Asia. He is also the author of six previous monographs, including Terrains of Exchange: Religious Economies of Global Islam (Oxford, 2015). 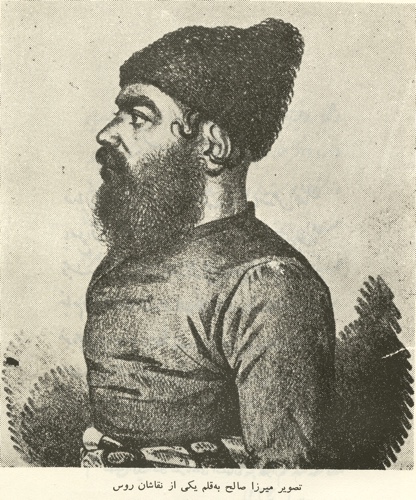 Editor's Note:  This article was written before the Paris attacks that took place on 11-13-15.

The relationship between "Islam and the West" is perhaps the most pressing question of our times. And yet it is also the most difficult to grapple with. With around 1.6 billion Muslims in the world today (not to count those of previous centuries), what can the singular label "Islam" possibly mean? And what indeed can we mean by "the West," a term embroiled in the ideological boundary marking of the Cold War? Historical method can help us here but it demands that we frame questions in terms of agents and contexts, in the specific terms of who and when. Promoting such an approach is more important than ever at a time when both Muslim and anti-Muslim demagogues use such simplistic but seductive dichotomies. In fact, the more specific we become – the more we zoom in the historical microscope – the more difficult it becomes to recognize the Islam/West dichotomy other than as a form of divisive rhetoric. 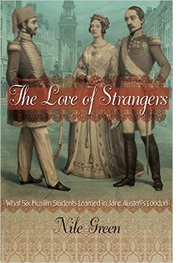 In my latest book, I have tried to pursue this approach through a microhistory of Europe’s first Muslim students, who in 1815 wandered into an England on the verge of its century of industrial and imperial domination of the globe. If there was such a thing as "the West" in the months after the defeat of Napoleon, then London was it. But as the students would learn, encountering a European society in its full complexity defied the simple reductionism of binary opposites.

Instead of trying to grapple with the abstract categories of Islam and the West, I have reconstructed the activities of those six particular young Muslims. Two centuries ago this fall, they arrived in England from Iran with the aim of acquiring what they called the “new sciences” (‘ulum-i jadid) emerging from the scientific and industrial revolutions. Fortunately, one of the students left a diary in Persian. Never previously translated, it details their movements over the four years they spent in London and elsewhere. Together with the letters and papers left by those who taught or otherwise knew the students, the Mirza Salih’s student diary has made it possible to reconstruct their encounter with ‘the West’ not only in concrete terms but in the terms that they saw it themselves.

One of the most striking elements of Mirza Salih’s diary and the letters of his companions is their enthusiasm for the society they discovered. And discovered is the key term, since aside from an ambassador sent a few years beforehand, they were Iranian explorers of what was, in terms of direct observation, an unknown world. As far as the students were concerned, the "great divergence" that many historians now discuss had already happened and they set themselves about the great intellectual task of understanding why. In a sense, they were indigenous pioneers of development studies, asking questions about the role of politics, trade, war, education and industry in shaping the new kind of society they witnessed around them. Mirza Salih filled his diary with all kinds of observations that, while they at first appeared to me a random miscellany, became clear in their purpose when I read them through the logic of his task. For example, he kept careful notes on roads, stagecoaches and the mail system; on cod fisheries and coal mines; on newspapers and charity schools; on cloth mills and Catholics; the list goes on. Most fascinatingly of all, he filled dozens of pages with a summary of British history that I have managed to trace back to the source from which he absorbed not merely the facts of English history but their moral lessons. He was reading the History of England by David Hume, that paragon of the Scottish Enlightenment who saw English history as revealing the tortured but attainable path towards liberty. It was a lesson that Mirza Salih absorbed fully, more than once referring to England as the vilayat-i azadi, or “land of freedom.”

There were also of course cultural dimensions to the encounters between these six Muslims and the locals for whom they were the first “Mussulmans” they ever met. In some cases, this involved such basic matters as dining habits, of what the English ate and how they ate it, as well as their social customs, entertainments, and forms of dress. Not only a pioneer of development studies, Mirza Salih was also in this regard a pioneer ethnographer, quite literally insofar as he wrote his diary with the intention of making English ways intelligible to later travelers from his country. Once again, his position on England’s cultural life was broadly enthusiastic, particularly when it came to museums, theatres and literature. Given how postcolonial theory has taught us to regard the expression of “Orientalism,” it is more than a little ironic that of all the works of English literature they were exposed to, the students claimed to be most fond of Sir Thomas Moore’s Lalla Rookh and Lord Byron’s Oriental Tales.

Yet the most striking aspects of their encounter with England were religious. Indeed, religion seems to have been the most common precondition of their interactions with the English. The religion in question, though, was not Islam but Christianity. Whether their hosts were pioneering female writers, mathematical engineers or university professors, their perpetual insistence on religion as the grounds for encounter shows that the England the students visited was not yet the implicitly secular “West” but still very much part of “Christendom.” After all, the young Muslims had reached London just as the Evangelical ascendance was entering its steepest arc. Powerful new missionary societies were proclaiming England’s rapid acquisition of an empire as a charge from God to convert its heathen Muslims and Hindus. Moreover, unlike the academic landscape of modern America, there were no liberal college towns for these foreign students to escape to, for nowhere did they find themselves more pressured to convert (or at least cooperate) with the Evangelicals than in the varsity towns of Oxford and Cambridge. Little wonder that they chose to flee the godly spires of Oxford for the more frivolous ballrooms of Bath.

Yet rather than rejecting these Christian overtures, Mirza Salih and his companions took a keen interest in Christianity, especially in the variety of its forms they found almost a century and a half after the Toleration Act of 1689 gave freedom of worship to Protestant dissenters. Among those dissenters, they took a special interest in the Unitarians who had just been liberated through the Doctrine of the Trinity Act in 1813. In the chapels of Bristol, Mirza Salih and his friend Mirza Ja‘far held long discussions with Unitarians like Lant Carpenter and wrote with great sympathy for their rationalizing new theology. They also took a deep interest in the Natural Theology of William Paley, whose famous analogy of the universe as the creation of a divine watchmaker they regarded as proper to the new age of reason in which they saw themselves as partaking.

As I see it, the lesson of my book is that when we look closely, the encounter between "Islam and the West" is always an encounter between specific people in specific places. Even the more abstract field of ideas and discourse is shaped by such concrete exchanges (a topic I explore on a global level in my Terrains of Exchange). And far from being predetermined by civilizational or religious backgrounds, quite what comes out of such encounters is in the hands of the people involved.

In meetings between human beings who shape the social reality of religion – its embodiment and enactment – it is for each party to choose what to give and take from the other. This is not so much a naïve as an empowering message, because it reminds us all – Muslim or Christian, "Eastern" or "Western" – that we are not slaves of the categories we impose on others and ourselves. In our globalized world, we cross the boundaries of such dichotomies every day. When Mirza Salih and Co. reached London in 1815, the connected world of today was just being formed. Two centuries later, they can still show us how to navigate it.