The “Secret” Gospels that Have Been Hiding in Plain Sight

PhilipJenkins is Distinguished Professor of History at Baylor University, where he is based in the Institute for Studies of Religion. He is the author of The Great and Holy War and Jesus Wars. His latest book is The Many Faces of Christ: The Thousand Year Story of the Survival and Influence of the Lost Gospels (Basic Books, 2015). 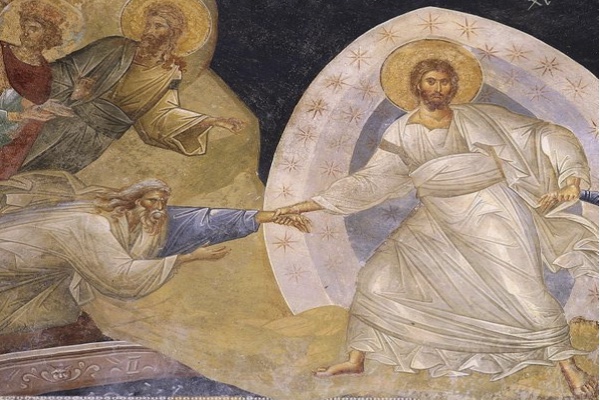 Every couple of years, we hear about some find of a “lost gospel” that supposedly reveals a radical new slant on Jesus’s life and career. We had the Gospel of Jesus’s Wife, and before that the Gospel of Judas, and so on. But speaking of “finds” or discoveries assumes that gospels were actually lost in the first place. In fact, some of the most significant and surprising alternative gospels might have been under our eyes the whole time, and we just never recognized them. They are hiding in plain sight. 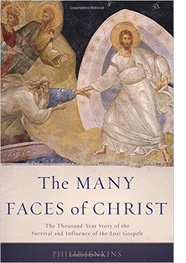 Christians traveling in the Muslim world today are surprised to encounter something called the Gospel of Barnabas, which presents Jesus in an oddly Islamic light. While using a very familiar gospel structure to report the story, Barnabas reports Jesus himself warning that he is neither God nor the final prophet, and that a greater is yet to come: Muhammad will be his name. Ever since Barnabas was edited and translated by English scholars in 1907, it has become hugely popular around the Islamic world, where it is seen as the authentic, definitive gospel, far superior to anything the Christians can offer. Barnabas is easily available today, in print or on the Internet.

As it stands, the Gospel of Barnabas can be traced back to the sixteenth century, and Muslim apologists wrote or edited it at some unknown point before that – probably around 1300. But those activists did not create a text out of nothing. Almost certainly, they were adapting or rewriting a much older Christian text, which has uncanny resemblances to documents dating back to the earliest Christian centuries, and particularly to the famous Gnostic gospels made famous by scholars like Elaine Pagels.

These resonances and parallels appear throughout Barnabas, but it is in the lengthy account of the crucifixion that we most clearly see the influence of ancient writings. This narrative reads oddly to Christians because it is Judas, rather than Jesus, who suffers on the cross, after his tormentors have been deceived by a divine illusion. We see the whole story through the eyes of a baffled Judas, who struggles to convince successive hearers of his true identity. Yet throughout, his executioners just laugh, thinking that the condemned man has lost his sanity. Jesus, though, had already made his escape from Gethsemane beforehand, as the Temple guards came to arrest him. The illusion temporarily fools even the Virgin Mary, and the apostles. The whole sequence cries out to be filmed.

However startling or counter-intuitive, that idea has a very old pedigree. No later than the second century, many Christian heretics believed that Christ was a purely spiritual being who briefly appeared as the man Jesus: he only seemed to be human. (Early Church fathers condemned this belief as Docetism, from the Greek word for “to seem”). If Christ had no physical body, then obviously he could not have been crucified physically, so that the crucifixion was a pure illusion, a “seeming.” The true Christ mocks the deluded persecutors who are actually crucifying his illusory self. That was the story told in the Gnostic Apocalypse of Peter, one of the spectacular finds from the great manuscript discovery at Nag Hammadi, in Egypt, in 1945.

Other Christian sects had cultivated such ideas about Jesus’s end, although they differed as to who might have substituted for Jesus on the cross. Some early readers thought the actual victim was Simon of Cyrene, who is forced to carry Jesus’s cross on the way to Calvary. Already in the 170s, the anti-heretical writer Irenaeus knew of such an interpretation, which he credited to the Egyptian Gnostic Basilides. Christ, in this account, stands by the cross and laughs at the blunder. The same shocking image of a laughing Christ appears in other Gnostic works from the second or third centuries, including others found at Nag Hammadi. In the third century, the prophet Mani reported yet another “seeming” crucifixion, with yet another victim standing in for the true Christ. The Qur’an (4.157) agrees that Jesus’s enemies did not kill or crucify him, but rather that that was only what seemed to have happened, so they were deceived.

So where did Barnabas get the Judas story as it appears presently? Just conceivably, a medieval Muslim took the familiar crucifixion story and imaginatively rewrote it to bring it into conformity with the brief Qur’anic reference. But there was absolutely no need to produce the story of a substitute victim, nor to write it in such a way that it so precisely echoed those multiple Gnostic accounts from the second and third centuries. And that is only one of the echoes of themes that take us back to those Nag Hammadi volumes.

If in fact the Muslim writer (or editor) of Barnabas around 1300 was inventing his material out of nothing, then we really need to explain what sources he was using that allowed him to re-create so perfectly the ideas of a millennium before. If, indeed, he had no such sources, then he was the most creative and inspired historical novelist who ever lived.

But there is another interpretation, namely that he really did have ancient sources at hand. The most likely explanation by far is that he had access to a core document dating back to primitive times, possibly before 200 AD, and conceivably preserved by one of Europe’s many heretical sects. He then merged this with more general accounts of Jesus’s life and career to create the Gospel of Barnabas as we have known it for the past several centuries.

So can we call this a lost gospel? Not really: we always had it, but just never thought to seek it out. But it is there for anyone who cares to look.