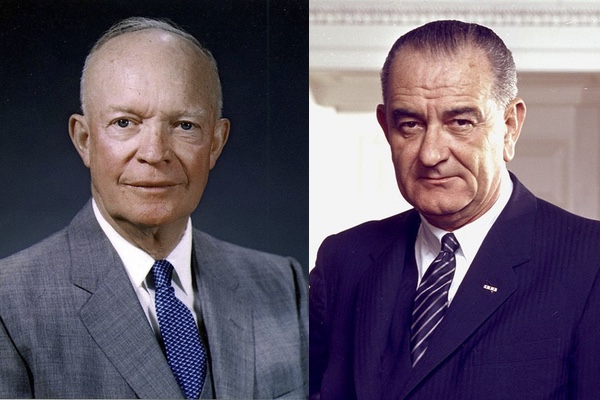 Fifty-eight years ago, President Dwight Eisenhower signed the Civil Rights Act of 1957, the first piece of civil rights legislation since Reconstruction. Most of the credit for passing this landmark legislation has been given to Senate majority leader Lyndon Johnson. Among the many writers who have solidified this position as unquestioned fact, perhaps the most distinguished is Robert Caro, whose book The Years of Lyndon Johnson: Master of the Senate took 157 pages to explain how Johnson accomplished this feat. 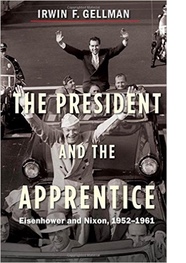 The centerpiece of Caro’s argument describes how Johnson adroitly crafted a deal between southern and western Democratic senators over the Hells Canyon and civil rights bills. According to Caro, Johnson persuaded western senators to vote to strip key provisions from the civil rights bill to make it acceptable to the Southern bloc; in turn, their southern colleagues would vote to finance the construction of a high dam at Hells Canyon, near the Idaho-Washington border. With this agreement in place, Johnson helped orchestrate the passage of a Hells Canyon bill and weakened civil legislation.

Without any doubt Johnson did help in this effort. But Caro has grossly overestimated Johnson’s contribution and ignored the vigorous commitment of the Eisenhower administration.

Caro asserts that the president routinely offered “little leadership” in any legislative arena. This premise fundamentally misconstrues how effectively Eisenhower worked on civil rights issues, and on this bill. The minutes of his weekly legislative and cabinet meetings show that the bill was an important Administration initiative in which Eisenhower was fully engaged from beginning to end. His Attorney General, Herbert Brownell Jr., drafted it; the Administration actively lobbied Senate Republicans to support it; more Republicans than Democrats voted for it; and Eisenhower signed and implemented it.

As for Caro’s claim of a link between the civil rights and Hells Canyon bills, I found no contemporaneous evidence to support it. Caro used several oral histories at the Johnson Presidential Library when convenient to back his thesis. All but one of these interviews offer no more than a few lines on the supposed deal. The exception is the Frank Church oral history, which deals directly with the issue. Church gave an interview to Paige Mulhollan on May 1, 1969, in his Washington office, and the first twelve pages deal with civil rights and Hells Canyon. Caro cites material from pages 1-10, but he omits the line on page 11 where Church says: “There was never any quid pro quo at all.”

When the two bills were introduced, in January 1957, Church had just entered the Senate. He used his maiden speech to argue for public power and the construction of the Hells Canyon dam, which was never built. (Three smaller dams on the Snake River were later built with private money.)

The version of the Civil Rights Act passed by the House would have permitted the Justice Department to enforce federal court injunctions against civil rights violations without a jury trial, because of the biased record of all-white southern juries in trials of crimes against black victims. Church successfully co-sponsored one of the key compromises that allowed the bill to pass: an amendment stating that any criminal penalties under the act required a jury trial. But he staunchly denied any connection with the dam. “There was never any understanding between Lyndon Johnson and me that I would take a role in the Civil Rights Bill or I would join in the sponsorship of the Jury Trial Amendment in exchange for his help on Hells Canyon. That’s pure fiction utterly without any basis in fact.”

I have found no documentary evidence – not a memo, not a line in any letter or diary – to support the assertion of a deal linking Hells Canyon and the civil rights bill. One piece of evidence strongly argues against it: a House subcommittee killed the Hells Canyon bill two weeks before the Senate vote on the jury trial amendment. This was not exactly a secret: it was reported on the front page of the New York Times on July 19, 1957. The Senate voted on the jury trial amendment on August 1. It is difficult to believe that Frank Church or any other senator would have traded away his vote in exchange for a project that was already dead.

Praise for Johnson’s legislative achievements certainly is justified in many cases, but even a master of the Senate has limits. Johnson, in some ways, moved the bill forward; he was also instrumental in eviscerating one of its principal parts: the jury trial amendment. The Eisenhower administration, meanwhile, did not equivocate and energetically pursued its passage.

Black civil rights has been a central issue in American politics since the middle of the twentieth century and remains a vitally important subject. But Johnson and his fellow Democrats, who accomplished a great deal, do not own a monopoly on virtue in this struggle. American history needs to be rewritten to give credit to the Eisenhower administration’s accomplishments.