Republicans Are Reaping What They Have Sown

James Robenalt is a presidential historian and the author of "January 1973: Watergate, Roe v. Wade, Vietnam, and the Month That Changed America Forever." 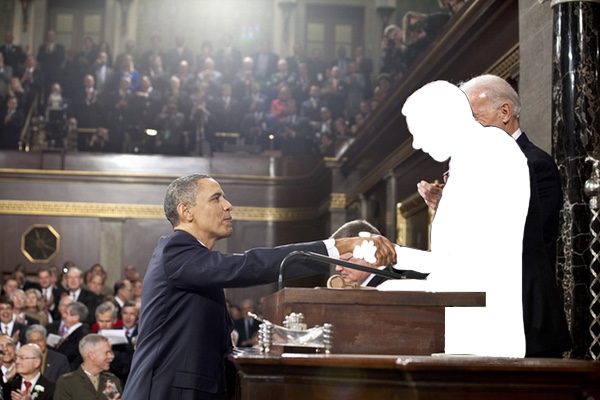 Republicans cannot find a Speaker of the House for one reason: they are reaping what they have sown. The base of the party has been promised for over forty years that the social issues Republicans candidates have supported will become federal policy if they are elected—and yet here we stand with abortion legal, immigration run amok, and gay marriage recognized by the Supreme Court. And then there is the oath for smaller government and lower taxes. The voters who bought into all of the Republican promises are simply fed up. They feel like there has been a massive bait and switch campaign sponsored by their own party’s leaders for almost half a century now. Thus, we have the current crisis in the House and the persistent threat of government shutdown.

We did not get here by fluke or accident. Some brilliant political theorists back in 1970 predicted that the “Social Issue” was going to replace the issue of prosperity with order in national politics. Richard Scammon and Ben Wattenberg wrote a book, The Real Majority, that became the Bible for Richard Nixon and his domestic advisor Chuck Colson. Like the authors, Nixon and Colson foresaw the massive transformation that was taking place in national politics in reaction to the excesses of the New Deal, the Great Society, and the social chaos churned up by the Vietnam War and the Civil Rights movement.

The “real majority” coalesced around the backlash against a federal government that seemed hell-bent on being the definer, provider, and protector of economic, political, and social rights. These rights proliferated and became more and more controversial and the source of voter alienation: civil rights (including affirmative action); economic rights (not just broad-based programs like Social Security and Medicare but welfare and federal food and housing programs for the poor and underprivileged); and social rights (student rights and, most critically, women’s rights). This was the Nixon counterrevolution, which became known later as the Reagan revolution. Individual liberty was at stake.

The voters who responded to this tidal change in national politics were a hodge-podge of disaffected Democrats: Southerners who bolted the Democratic Party after the Civil Rights Act of 1964 and its progeny, Catholics who vehemently disagreed with Roe v. Wade, and labor and union members who thought the student objectors to the Vietnam War were reprobates and unpatriotic. The “hardhats” beat some of these protestors mercilessly, some perhaps their own children, in the streets of New York City in the week following the Kent State shootings.

If there is one day when this counterrevolution took shape it has to be January 22, 1973. On that day, Henry Kissinger flew to Paris to end the Vietnam War for the United States; Justice Harry Blackmun delivered the Supreme Court’s opinion on abortion in Roe v. Wade; and Lyndon Johnson died in Texas from a heart attack at the age of sixty-four. It was a remarkable day by any measure, filled with meaning and significance.

Two days earlier, Richard Nixon had delivered his second inaugural address. In it, he promised to transform the federal government: to make it smaller and to transfer power back to the state and local governments. He said it was time to “turn away from the condescending policies of paternalism—of ‘Washington knows best.’” The nation would return, he said, to self-reliance. “Let us measure what we will do for others by what they will do for themselves,” he declared.

President Nixon twisted JFK’s call for government service (“Ask not what your country can do for you, but what you can do for your country”) by saying: “Let each of us ask—not just ‘What will the government do for me?’ but ‘What can I do for myself?’” This was the start of the “me generation,” a turning back on the concerted war on poverty of LBJ and the beginning of what became our culture wars.

Nixon and Colson can be heard on a very late night phone call the evening before the second inaugural chirping about the historic significance of Nixon’s address. Colson reported that he had just spoken with Richard Scammon, who was studying the changing demographics of the electorate as a consultant for the Nixon Administration. “The numbers are on our side,” Colson said to Nixon, who took the call in the Lincoln Sitting Room in the White House residence. “On the other side [meaning the Democratic Party], you have a coalition of labor, black and poor, but the labor you’ve broken away,” Colson continued. “So you’ve got the blacks and the poor….” “And the intellectuals,” Nixon interrupted. “Right,” Colson agreed, “and the intellectuals—the New Left. And as [Scammon] says, the lavender shirt mob, what he calls the New Left—the homos and queers—and he said that’s the bunch that now makes up the Democratic Party.”1

The Supreme Court inadvertently super-charged these culture wars with its decision in Roe v. Wade. Thinking they were settling the reproductive rights issue for generations to come, the abortion ruling sparked the rise of the Religious Right in national politics and accelerated the social divide that Nixon and Colson sponsored. Eventually, all Supreme Court candidates had to pass the abortion litmus test. And because abortion is a “no compromise” issue, the idea of government shutdown and deadlock entered our political bloodstream. “No compromise” became the political weapon of choice.

Nixon referred to the voters he wanted to attract as “the great silent majority.” There is little coincidence that Donald Trump this summer called for the return of the silent majority. And there is also no surprise that the debate over Planned Parenthood has devolved into another threat of government shutdown.

Now it has become the crisis of leadership in the House of Representatives.

The voters who are angry today point to disillusionment with the Republican Party and its leaders who have yet to deliver on most of the core promises that date back to Nixon’s time in office. The government is not smaller, it is dramatically bigger. Social rights continue to flourish. Nothing has been accomplished; all has been traded away. Enough is enough.

This turmoil is not new, but it is extremely dangerous. In 1998, the New York Times wrote that the Religious Right had run out of patience as their social agenda had been pushed to the back burner year after year or was bargained away in legislative deals: “In one election after another, they said, conservative foot soldiers had dutifully worked the phone banks, walked the precincts and turned out the masses of voters for Republican candidates who had promised action on issues like abortion, pornography, and homosexuality. And the Republicans, they complained, had consistently failed to deliver.”2

Is there any wonder that those on the Right want action, not words? Pity the leader who inherits this mess. This one has been long brewing.