150 Years Later How Are We Honoring the Memory of Reconstruction? With the Worst Kind of Irony.

Adam Arensonis an associate professor of history and the director of the urban studies program at Manhattan College. He is the author of The Great Heart of the Republic, which comes out in paperback this month, and co-editor of Civil War Wests: Testing the Limits of the United States, which accompanies an exhibition now on view at the Autry National Center in Los Angeles. He is at work on a history of African Americans crossing back into the United States from Canada during Reconstruction. 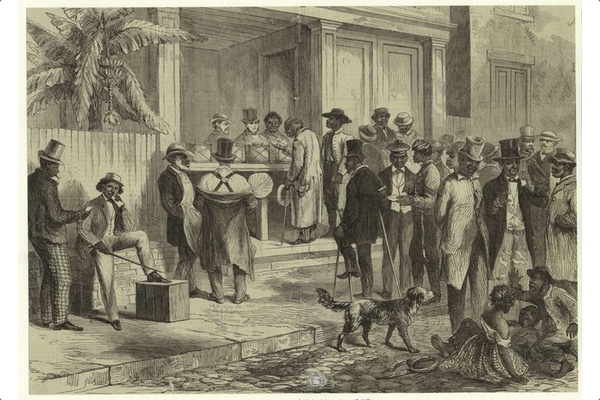 With fanfare and trumpet calls, the Civil War sesquicentennial came to an end in April, with ceremonies marking one hundred and fifty year since the surrender of Robert E. Lee to Ulysses S Grant at Appomattox Courthouse.

Yet the Civil War did not completely end that day—many Confederate generals took months more to be captured or surrender, and U.S. troops kept Texas and other southern states under military occupation through 1866. During the contentious Reconstruction years, Confederate soldiers fought on, in Ku Klux Klan dens in the South, as authority-defying outlaws wilding the West, and as entrepreneurs attempting to maintain their slaveholding ways in enclaves from Mexico, to Cuba to Brazil. Soldiers from both sides extended their careers by bringing total war against American Indian nations, decimating the original people of North America once again, to make room for an expanding and newly reunited United States. 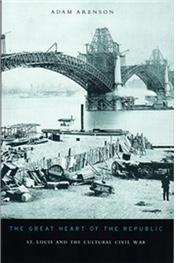 The Reconstruction amendments brought a final end to slavery, the greater enforcement of civil rights through the 14th Amendment and congressional action, birthright citizenship, and the guarantee of the right to vote for every male citizen—revolutionary changes that shape our society to this day. Reconstruction saw federal mobilization to educate ex-slaves, and small experiments in land distribution to support their families; it saw the creation of co-educational, desegregated universities, such as Lincoln University in Missouri, founded by veterans of the U.S. Colored Troops. But it also saw the backlash in extralegal violence, in the renewal of racist politics, and the cynical use of calls for liberty to suppress efforts at greater racial equality.

Reconstruction is a painful, confusing era, misrepresented in popular culture for a century and misunderstood by most Americans—especially by students, who often encounter Reconstruction at the beginning or end of the course, along the dividing line of the “two halves” of American history. To date, no national park site is dedicated to Reconstruction’s story, though an effort is underway to find suitable locations that embody this history.

The Civil War sesquicentennial was marked by four years of military reenactments, exhibitions, and a trove of new Civil War books (including mine). Unsurprisingly, no flood of such Reconstruction sesquicentennial events and observances followed in its wake.

And yet this summer’s events have shown the ongoing relevance of Reconstruction’s conflicts. And, unwittingly, a Reconstruction reenactment of a sort seems underway: a white supremacist terrorist massacres worshippers at a historic African American church, and the suspicious burning of other churches follow; state and national leaders are moved to act against symbols of the Confederacy, and a conversation about the origins and legacies of the Confederate secession engage the nation. Add in the ongoing debates about which U.S. residents deserve to be citizens, the fiery rhetoric about judicial activism, and the denunciations of the president for creating expansive new realms of government action in the name of equality and opportunity, and it could easily be the script of a Reconstruction reenactment as well as a transcript of today’s news.

The Civil War centennial fifty years ago came in the midst of a strong moment for the civil rights movement, a confluence of events that shaped Martin Luther King Jr.’s 1963 “I Have a Dream” speech. The decade of Brown v Board of Education, the Civil Rights Act, and the Voting Rights Act also saw the transformation of the national political parties’ attitudes on race, a spate of assassinations, the bombing of black churches, and the raising of many of the Confederate flags in southern state capitals coming down now. Then, too, the nation held an unwitting reenactment of Reconstruction.

What can we do this time around, to make the unbidden reenactment of Reconstruction be a force for good in the contemporary United States? The best elements of the original Reconstruction period were a firm commitment to equal opportunities for American citizens in education, property ownership, and political participation, and a national commitment to building new infrastructure (in their case, the transcontinental railroad). Reconstruction’s greatest failures were the overpowering of these equality measures by racist violence, by selfish and racist politics and, in the decades that followed, a tremendous concentration of wealth in the hands of a few.

All of these issues are already on the table today, too. We can make this Reconstruction sesquicentennial a valuable one by recognizing how deeply rooted these conflicts are in U.S. history and embracing them with a willingness to recommit ourselves to fundamental values, being vigilant its derailment through violence or cooption.

“With malice toward none, with charity for all, with firmness in the right,” Lincoln concluded, in his second inaugural address one hundred and fifty years ago, “let us strive on to finish the work we are in, to bind up the nation's wounds, to…cherish a just and lasting peace among ourselves….” That work continued in Reconstruction, and the twentieth-century civil rights movement—and it continues today.