Robert Goldberg is professor of History and director of the Tanner Humanities Center at the University of Utah. His last two books, Barry Goldwater and Enemies Within: The Culture of Conspiracy were published by Yale University Press. 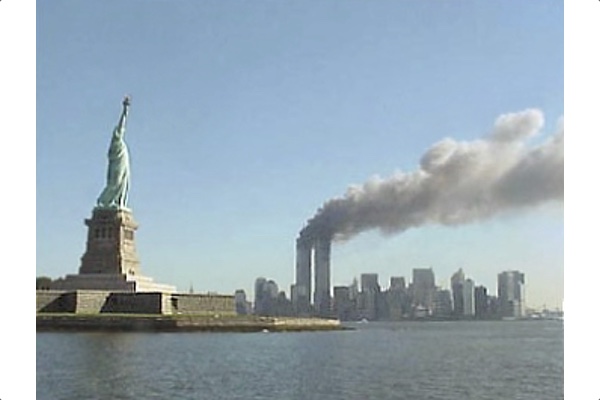 Come September and the end of summer, Americans are aware that they enter a time of modern tragedies. This September 11 is the fourteenth anniversary of the attack on the World Trade Center and Pentagon. At the end of November, we recall the assassination of President John F. Kennedy in 1963. December 7th marks the Japanese air assault on Pearl Harbor and the death of over 3,000 U.S. soldiers and sailors. Seventy-one years and a week later come the murder of twenty children and six adults at the Sandy Hook Elementary School in Newtown, Connecticut. If attention is on the new school year or distracted by the siren call of football, these events remind us that life is both sacred and fragile. 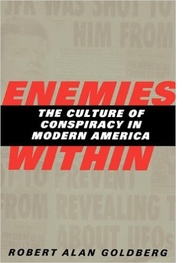 If these events offer opportunity for reflection, they also present to many clues of something more sinister. They mark the opening of the season of conspiracy theories. Their focus is not on crimes of lone gunmen or foreign invaders. Rather, the trail of evidence always leads to a carefully organized plot by an enemy within who would weaken American power and destroy the Constitution and its Bill of Rights. Through a distorted lens, many have discovered the conspirators in the offices of the federal government in Washington, D.C. Thus, elements of the U.S. government allegedly had foreknowledge, helped organize, or stood aside as hijackers crashed airplanes into the World Trade Center and Pentagon. A cabal of CIA, FBI, White House, Mafia, and oil company operatives supposedly orchestrated John Kennedy’s death in Dallas. President Franklin Roosevelt purportedly “lured’ the Japanese to attack, in order to bring the United States into the war. And the tragedy in Sandy Hook was a “false flag event” to precipitate a national emergency and the suspension of American liberties, the confiscation of guns, and the internment of patriots in federal concentration camps.

Many certainly dismiss these theories out of hand. But, conspiracy theories offer much to believers. They provide clarity amid ambiguity. They order the random. In time of grief, they sustain the inconsolable by bestowing meaning and purpose to seemingly senseless happenings. Conspiracy theories also assign blame and thus inoculate believers with an antidote for their powerlessness. The conspiracy message gains strength when carried by ministers, politicians, newscasters, and professors. These modern-day Paul Reveres refuse to keep silent, promising to risk death before dishonor. Making their tales believable is the relentless assault of details. Revelations allegedly offer facts, names, dates, and places, carefully connected dot by dot. Written or told as detective or adventure stories, the line that divides such facts from hearsay, rumor, and circumstance is carefully blurred. The Internet insures repetition and the echo confirms belief and seals believers off from dissonance and disagreement.

Many commentators blame conspiracy theorists for making plot thinking so prevalent in American culture. These conspiracy entrepreneurs are well trained in getting their message across. They write books and articles, film documentaries, and give speeches. They have a sense of what sells in America. But, the conspiracy theorist is only one of the teachers who instruct men and women to believe. More powerful is the media. Hollywood motion pictures and television offer us a constant diet of conspiracy theories. From the first blockbuster film Birth of a Nation in 1915 to Mr. Smith Goes to Washington in 1939 to JFK in 1991, to today’s Lord of the Rings trilogy, Green Zone, and Jurassic World, Americans are taught to believe in conspiracies. Add television series like Person of Interest, Homeland, Fringe, Extant, and runs and reruns of X-Files and the message becomes more potent: conspiracies are real, have power, and have infiltrated the basic institutions of our society.

A third actor in this is the federal government. It raises suspicion in two ways. From the early decades of the 20th century, American leaders have played the conspiracy card. They mobilized citizens by accusing German-Americans and labor unionists of plot making during World War I. In the 1930s, American communists became targets and in 1942, Japanese Americans. African-American radicals and student activists were cast in the plotters’ role in the 1960s and militia groups in the 1990s. President George W. Bush took a page from the conspiracy theorist handbook when he rallied the nation against the “axis of evil” and the “evil doers” who threatened American authority after 9-11. It is hard to break the conditioning of such powerful role models.

Fueling conspiracy thinking in recent American history is a crisis of faith and a loss of trust. In the late 1950s, pollsters asked women and men the question, “Do you trust the government to do what is right all or most of the time?” The response then was that 75 percent of Americans trusted the government to do what was right all or most of the time. This level of trust declined with events. The John Kennedy assassination, the Vietnam War, Watergate, the Iran Contra investigation, the Clinton era scandals, and the handling of the Iraqi War, among other incidents, whittled away at public faith. Today, only 13 percent of Americans trust the government completely and 10 percent are in a mindset of absolute distrust. This erosion of faith has also touched American churches, universities, courts, and corporations.

Beyond the coming season, the decline of faith has spurred the polarization of American politics and society. When basic institutions and their leaders no longer command trust, the ability to govern is severely compromised. Negotiation and concession, so vital to our system, become impossible when disagreements morph into charges of betrayal and treason. In a conspiratorial frame of mind, we open ourselves to the rants of liars and demagogues. Perhaps, it is now time, in this season, to end denial and quit dismissing conspiracy theories as merely harmless or foolish or the work of the uninformed. Confrontation and refutation offer more valuable strategies for defeating the real enemy within.