This Is How Politically Inferior Women Were after the American Revolution

Kathleen DuVal teaches Early American history and American Indian history at the University of North Carolina at Chapel Hill. Her latest book is Independence Lost: Lives on the Edge of the American Revolution (2015). 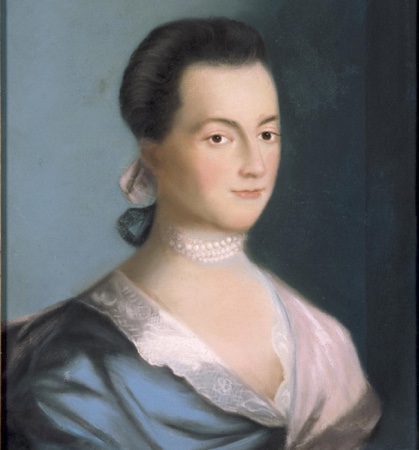 Hillary Rodham Clinton might become president just a few years short of the hundredth anniversary of the nineteenth amendment, which gave American women the right to vote. But it will have been more than twice that long since this nation in its founding years missed the opportunity to include women in its governance. Images of early twentieth-century suffragists marching for the vote in their long skirts and beflowered hats can give the impression that women’s political power gradually grew from the distant past through today, but American history has not been a constant march toward broader political rights. Although we might finally have a first female president in 2017, by 1776 three women had actually ruled over the British colonies of North America: Queen Elizabeth I, for whom the Virginia colony of Roanoke was named; Queen Anne, who ruled England from 1702 to 1714; and her sister Mary II, who ruled alongside her husband. Yet the founders of the United States created an independent republic that decreased women’s political participation and delayed their inclusion in the governing of this nation. 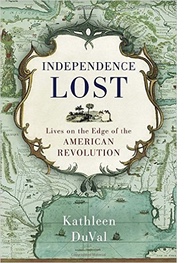 Of course European and colonial American women did not have equal political rights with men. The fact that the new country had founding fathers reflects women’s political subordination. Regarding legal rights, Britain’s system of coverture meant that married women had no legal identity of their own. As dependents of their husbands, they could not own property or businesses, serve on juries, write contracts, sue, or be sued. (The British and American custom of a wife taking her husband’s last name represented women’s loss of legal identity within marriage.)

Yet colonial women’s inequality to men was part of a complicated hierarchy. Women were dependent on their fathers or husbands, but everyone but the monarch was dependent on someone. Most men did not have voting rights. Common people’s political rights often lay in street protests, and women were part of the crowd. Widows were not subject to coverture and could own property and run businesses.

The founders of the American republic dramatically changed American political life, but they decided not to advance women’s political or legal rights. Women played a vital role in the protests and the war against the British empire. Women were in the crowds protesting the Stamp Act. Because women were in charge of most household consumption, the Revolution depended on their enthusiastic support of boycotts against British goods. Philadelphian Esther de Berdt Reed raised thousands of dollars to support the Continental Army. Countless women contributed and solicited money, sewed shirts for soldiers (each embroidered with the name of the woman who made it), prepared food, and made bullets. Both the Continental Army and the British Army enlisted women as cooks and laundresses. Other women unofficially accompanied the army to stay with their family members, protect themselves from invading armies, and take advantage of the economic opportunities a large army provided. Countless women managed farms and business when their husbands went to war. Not all critical contributions to the founding of a nation take place in a convention hall or on a battlefield.

Some women urged that the United States include women as it expanded political rights. Judith Sargent Murrayargued in the Massachusetts Magazinethat women, too, had the right to self-govern that the Enlightenment declared for men. It made no sense to assume that nature had “yielded to one half of the human species so unquestionable a mental superiority.” The new country should ensure that “independence should be placed within their grasp” as well. In her valedictory address to the Philadelphia Academy in 1793, graduate Priscilla Mason argued that men “denied us the means of knowledge, and then reproached us for the want of it. . . . They doomed the sex to servile or frivolous employments, on purpose to degrade [our] minds, that they themselves might hold unrivalled, the power and preeminence they had usurped.” She hoped that her generation of women would gain access to the professions, including government.

Instead, Congress left coverture in place and let the states decide voting regulations. All of the states eventually explicitly defined voting citizens as male and white. New Jersey’s state constitution initially granted the vote to “all inhabitants” who were adult property-owners, so some white and black propertied widows (as well as some black men) voted in the state’s early years. Female property-owners’ participation was uncontroversial enough that New Jersey’s 1790 election law explicitly referred to the voter as “he or she.” But as elections became more hotly contested in the early nineteenth century, the political parties accused each other of taking advantage of women or even dressing men as women in order to commit voter fraud. In 1807, New Jersey joined the other states with a new state constitution that restricted the vote to free, white, adult male property owners. Some districts in some states allowed women to vote in school board elections, figuring they had particular expertise and concern over children’s education. But generally, as the states dropped the requirement for property ownership to vote or hold office, they increasingly defined political participation as the purview of only white men. Coverture remained the law. When an American woman married a foreign man, she lost her American citizenship altogether.

When regions that had not been British colonies became states in the union, women there lost ground. The colonies of other empires, including France and Spain, had not had coverture, so women had legal rights and usually greater economic opportunities. In most American Indian nations, women owned the farmland, but many of them also fell under coverture as the United States expanded west.

Hillary Clinton’s career is an important milestone in the history of formal female participation in government, but women have been crucial to the founding and the development of the nation since its beginning, despite their lack of recognition.