Frank McLynn is the author of Genghis Khan: His Conquests, His Empire, His Legacy (Da Capo Press, July 2015). 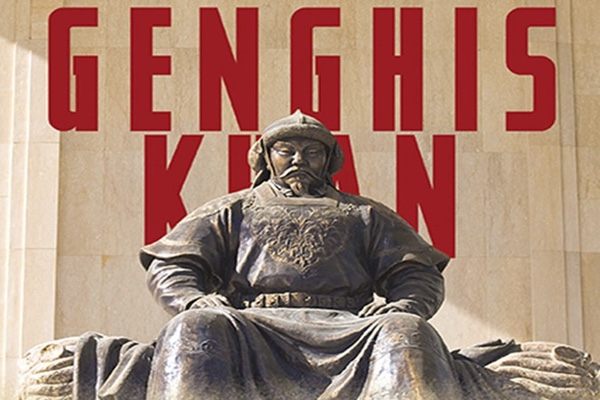 1. He was a one-dimensional tyrant of a ‘right wing’ kind

A close study of the principal sources (in Mongolian, Arabic and Persian) reveals a personality of the utmost complexity. Depending on mood or context he could be all of the following: shrewd, far-sighted, just, generous, stoical, restrained, iron-willed, multitalented, a man with all the gifts of a great ruler and cowardly, treacherous, devious, ruthless, ungrateful, vengeful and even stupid. 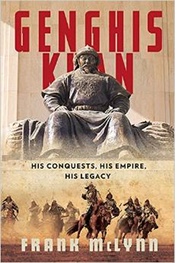 Usually an uncannily sharp reader of men, he could be naïve, as when he was taken in by a Chinese charlatan called Chung Chan, who became his guru and spiritual adviser. But in this respect he was not so very different from those eminent personalities in modern times who have been taken in by ‘perfect masters’ of every stripe. He was prey to paranoia and jealousy and could fly into terrible rages, but he was also charming and charismatic and attracted a faithful following in the days before he had the power to constrain anyone by fear. As for the popular ‘to the right’ of Genghis Khan’ tag, this is of course anachronistic nonsense, since the terms ‘right’ and ‘left’ did not appear in history until the French Revolution.

2. He was uniquely cruel, perhaps even a psychopath

The important thing to realize about Genghis was that he may have exceeded in degree, but never in kind, the routine cruelty of the Middle Ages. One could give any number of instances of medieval war crimes: the slaughter of the Song Chinese by their rivals the Jin at Kaifeng in 1127; the massacre of the Albigensians by fellow-Christians at Beziers and Carcassonne in 1209; Edward I’s butchery of 8,000 Scots at Berwick in 1296; the 30,000 Hindus killed at Chittor in 1303 by the troops of Ala al-din Khilji; the Byzantine mass blinding of the Bulgars in 1014; the behavior of the Christians at Antioch and Jerusalem during the First Crusade – one could go on and on. Genghis was no more and no less cruel than other victors in his era.

He was not perceived by contemporaries as being exceptional in this regard nor did he have the kind of exceptional contemporary reputation that Henry VIII had in the sixteenth century. He could not rival Tamerlane for slaugherous brutality and can be documented as less bloodthirsty than contemporary Chinese, Khitans or Persians. Many tales of Mongol atrocities were exaggerated by their enemies and critics, especially Arab historians. The Mongols themselves were happy to collude in this black propaganda, as the legend made opponents less likely to resist them and more likely to surrender without a fight. Moral judgements made from a twenty-first century standpoint are of no use in helping us to understand history.

3. His ‘surrender or die’ policy was an outrageous crime against humanity

This policy has attracted a lot of attention, and various reasons have been adduced for it: the result of a small-scale steppe mentality transposed onto a world stage; because in terms of Genghis’s conviction that he had been appointed by God to rule the world resistance to him was blasphemy; because the Mongols feared and hated cities and spent their fury on them once taken; because it was the most efficient way to warn already conquered peoples not to attempt ‘stab in the back’ revolts as the Mongols pressed ever onwards.

But the simplest explanation is that the Mongols, a far from numerous people, were always obsessed with casualties, so that the best-case scenario was a walkover surrender in which none of their troops died. This explains why nearly all the cities that surrendered without even token resistance received relatively good treatment. It was the fear of casualties that triggered the Mongols’s worst excesses. Sustaining large numbers of dead and wounded when besieging a city meant they would take a terrible revenge when the city finally fell, and the fiercer the resistance, the greater the toll of the massacred; sometimes this included every last human being, including women and children and all animals, including cats and dogs. It also explains the policy that so appalled the Arab historians: using prisoners of war in the Mongol front ranks as ‘arrow fodder.’ But an era that has witnessed the egregious atrocities of the ‘Great Patriotic War’ of 1941 between Nazi Germany and the Soviet Union, in a so-called civilized age, not to mention the Holocaust, has no call to single out the Mongols.

4. Genghis and the Mongols were successful because they swamped their enemies with ‘hordes,’ overwhelming them with sheer numbers

This is one of the hoariest of all myths associated with the Mongols and one of the falsest. Until the time of Genghis’s grandson Kubilai Khan, the Mongols always fought from a position of numerical inferiority. Their most famous set-piece victories, against the Russians at the Kalka river in 1222, against the Poles at Liegnitz in 1241 and against the Hungarians at Mohi the same year, all fit into this category. The most famous example of conquest with numerical inferiority came with the defeat by the Mongols (a people of two millions maximum) of the Jin empire of northern China, whose population was probably close to one hundred million. In fact the Mongols achieved their victories because they had achieved a quantum leap in military technology. Other medieval armies simply had no answer to master horsemen firing arrows from powerful bows at distances of three hundred yards; it was probably the first demonstration in history of the primacy of artillery.

5. Genghis is ‘the father of us all’ –we nearly all descend from the Mongols

Here we enter the arcane world of genetics. Geneticists have established that about 0.8 per cent of the population of Asia has an identical Y-chromosome, indicating the likelihood of a common ancestor, possibly some time around 1000 A.D. This would imply that about 0.5% of the world’s population has this common ancestor, and that he has 16-17 million descendants. The easy availability of huge numbers of women to Genghis and his sons, as to no other identifiable Asian personality, makes it likely that Genghis might be this mysterious progenitor. But the theory has not generally been accepted. The difference of a couple of centuries between the dates of Genghis’s life and the timing of this putative ancestor could no doubt be explained away, but there are simply too many imponderables to allow such a neat calculation, and even on the best-case scenario the most we would have, without a tissue sample from Genghis himself, is probability. But Genghis as the undoubted common ancestor makes a headline that sells newspapers, and devotees of ‘good copy’ are not above distorting the argument still further.