Who Did in the Counterculture? An Interview With Ron Jacobs

Aaron Leonard is a freelance writer and frequent contributor to HNN. 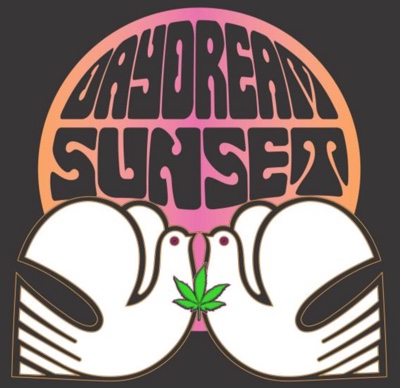 The writer and journalist Ron Jacobs has just publishedDaydream Sunset: The 60s Counterculture in the 70s-- the title being a twist on the Grateful Dead lyric. The book is a exploration of the transition of the wild idealism of the sixties counter-culture as it entered into the less hospitable terrain of the transitional seventies.

Raised as a military brat, Jacobs spent many of his child and teen years in US outposts abroad, from Pakistan to Germany. He continued his traveling ways after he left home, hitchhiking around the United States. He writes regularly for Counterpunch, Dissident Voice and other webzines. His essays, articles and reviews have appeared in print and web journals around the world. He currently lives in Burlington, VT. Aaron Leonard recently corresponded with him about his new book. 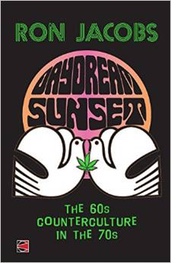 For those who know of the counter-culture only as history it is hard to get your mind around the difference in the world circa 1965 compared to that of 1975?

I think the easiest way to explain the difference between 1965 and 1975 vis-à-vis the counterculture is to look at a few phenomena intricately linked to what popular culture considers “the counterculture.” The antiwar movement is a good place to start. In 1965, the US war in Vietnam was just beginning to escalate beyond the presence of “advisors.” US troop numbers were growing and those troops were openly engaged in combat, but the consensus in Washington was that it would be a short war. The movement against the war existed primarily as a fringe movement. The cultural movement known popularly as the hippies existed in only a few neighborhoods in a few big cities—San Francisco, New York, Los Angeles and Chicago. The Beatles still wore neckties when performing; the Rolling Stones (who also wore ties) had barely formed. Rock bands like the Grateful Dead were not nationally known. LSD and marijuana use was not very popular outside of a few bohemian groups.

In 1975, the US war in Vietnam finally ended with surrender by the southern Vietnamese proxy forces and the movement against that war, which had reached its popular peak in 1969-1970, was over. Many of the participants in the antiwar movement had become radicalized to the point of forming communist and anarchist grouplets attacking not just the war but the imperialist system that fostered it. The popular use of drugs was a national crisis for law enforcement and other upholders of conventional morality. The Beatles no longer existed as a band after having helped popularize the hippie movement and the movement against the war in Vietnam. With the exception of a few bands, rock music had become just another element of the big business known as show business. As for the ideas of brother and sisterhood the counterculture was supposed to represent, the realities of capitalist competition was rapidly pushing those sentiments back into the bohemian quarters they had come from before the dawning of the age of Aquarius.

On the surface your focus seems a bit counter-intuitive -- the sixties counter culture in the 70’s -- how did you hit on the idea for this book?

My editor Jeffrey St. Clair suggested the general idea. As I began writing, it became clear to me that I have written and thought about the transition from the 1960s to the 1970s a lot. It has always been my contention that the 1970s were a transitional period between the hopes of the 1960s and the despair of the Reagan-Thatcher 1980s. I watched the freak counterculture slowly die in the DC-Baltimore area before I moved to Berkeley, CA. in 1977. I was happy to discover the counterculture still maintaining a presence in the San Francisco Bay Area.

You make the point that “Everything that could be commodified was turned into an object for sale and everything else was marked for destruction." Could you talk some about what you mean in regard to the counterculture and how it manifested itself?

If one reads old underground newspapers from the 1960s and early 1970s, they will see that there was already contention between groups like the Diggers in San Francisco who wanted to live communally and cooperatively, and the so-called hippie capitalists, who believed they could make a buck and still be hip. As it turned out, they couldn’t. As the counterculture grew in popularity, the profits became too tempting. Bigger capitalists moved in, selling their own mass-produced hippie goods, buying out smaller hipper capitalists or just putting them out of business. In the music sphere, promoters and record companies saw the dollar signs and turned the peace and love vibe of most hippie rock and roll into dollars and cents—lots of them. Of course, most of the musicians went along with the game. Drug dealers became some of the biggest capitalists and, if they weren’t forced out by the mob or other organized groups like biker gangs, eventually succumbed to the lure of big money and cocaine, leaving their ethos of peace and love for less jaundiced members of the tribe. As for the politics, revolution is only so “saleable.”

In your discussion of the war on drugs, something that you explain really got going during the Nixon Presidency; one gets a sense of an entire generation being criminalized. How did that war impact the feeling of community and freedom that the counterculture had brought forward?

I think what happened was it created a lasting mistrust of the government and law enforcement among a wide swath of the US population. Of course, it was not just the war on drugs that created this mistrust (the brutality of police against antiwar and antiracist protesters added to the pot), but it was probably the factor that affected the most people.

Some years ago you wrote a history of the Weathermen--who had their own conflicted association with the counter-culture. What are your thoughts on Bryan Burrough’s book, Days of Rage -- which is currently getting a high degree of media attention? What kind of statement do you see his book making on the culture and ferment of that time compared with yours?

I’m glad you asked this question. I wrote a review of this book for Counterpunch. Let me quote from that review: “The author’s perception is from a middle-class viewpoint with all that such a perspective implies. He tends to assume the moral correctness of the system and its police forces, accepts their version of the events he describes, despite a historical record that proves not only that the government had its own questionably moral agenda, but that it was more than willing to violate the laws it was supposedly upholding to destroy these groups and terminate not only their activities but their politics. The political analysis in the text is as shallow as Time magazine. Although not rabidly right wing like Fox News, the politics of this book reside in the template that informs virtually all US mainstream journalism. In other words, it protects the wealthy, assumes the sanctity of private property, believes the political system is fair and democratic, and that law enforcement mostly enforces a just social order. Furthermore, this mindset is unwilling to acknowledge that the US imperial culture lacks a humane foundation.” In other words, I think the book, while containing some interesting details, is just another attempt to put the “Sixties” away for good. The statement it seems to make is that the good that came from the Sixties was overshadowed by the more radical elements, which were “bad.” I hope my two non-fiction books on the period provide something of an opposite viewpoint.

What of that culture is still with us? What is the lasting impact?

Rock festivals began in the 1960s. There are more of them than ever. The clothing styles from the period seem to hang around, occasionally becoming quite popular in the mainstream. Marijuana use is at an all-time high and actually becoming legal in some parts of the world. Those are just a few of the more obvious legacies.

As for its lasting impact: I used to give a lecture to a history class when I worked at the University of Vermont in the 1990s and early 2000s. The course was titled “US History after 1865.” The last period covered was the 1960s and afterwards. My talk was on the 1960s and 1970s. I would end the class with the observation that the most lasting legacy of the period called the Sixties was an increased tolerance for those who are different—Black, Asian, Latino, gay, Trans, or whatever. The example I liked to use was one that really had nothing to do with the aforementioned categories. It goes like this: when I applied for my first job in 1970, I got the job because the other guy who applied for it had hair the employer considered too long. Nowadays, one can go to the local chain grocery store and several of the clerks have different colored hair, multiple piercings and tattoos. Barely anyone gives their appearance a second thought. That is the most lasting impact of the counterculture. I hope it doesn’t disappear.