Terry L. Jones is a Professor of History at the University of Louisiana at Monroe. 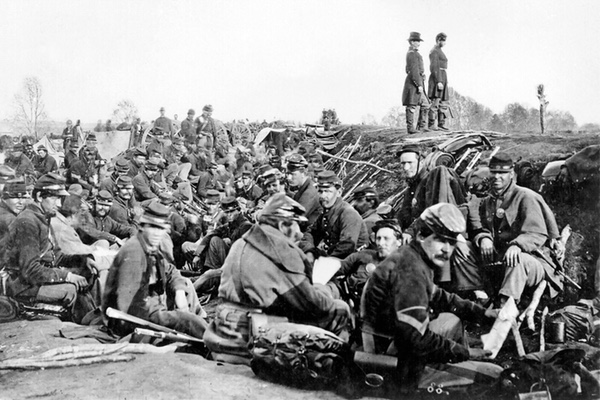 On November 6, 2010, the New York Times began its online “Disunion” series to commemorate the Civil War sesquicentennial. By the time “Disunion” ran its course in June, hundreds of articles had been published examining war-related events that occurred 150 years earlier. 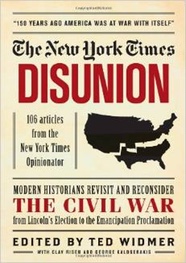 “Disunion” was an instant success and soon had a large following. In 2013, more than one hundred of the articles were compiled in the book Disunion: Modern Historians Revisit and Reconsider the Civil War from Lincoln's Election to the Emancipation Proclamation. I was honored that three of my twenty-six articles were included.

To be honest, I was not aware of “Disunion” until after it had been under way for several months. When I stumbled upon it, the first article I read was by noted historian Gary Gallagher of the University of Virginia. Gary and I got to know each other thirty years earlier when we met while researching our respective dissertations at the University of North Carolina’s special collections. Wanting to participate in the “Disunion” series, I contacted him and he kindly put me in touch with Clay Risen, one of the series’ co-editors.

We were approaching the First Battle of Bull Run’s sesquicentennial, and I pitched an article on how confusion during that battle led to the adoption of the Confederate battle flag. Risen liked my idea, and “The Southern Cross” was published on July 29, 2011. Afterwards, I regularly sent in more proposals, but not all were accepted. Risen rejected quite a few because he either felt they lacked a broad enough appeal, or someone else had already been approved to cover the topic.

When friends and colleagues learned that I was involved in the “Disunion” series, many wanted to know what it was like to write for the famous New York Times. I always told them that it was one of my more enjoyable publishing experiences although not particularly rewarding financially. There was no specific length requirement, although most of my articles ran from 1400-2000 words, and the pay was a modest $150 per article. Unlike book and journal manuscripts, deadlines were rather loose with submissions generally having to be made within a week or so of publication. Risen would quickly edit the manuscript and send it back for my approval. If I disagreed with a change, I explained why and he would honor my wishes.

The only disagreement I ever had with Risen was over a title change. One of my articles was a biographical sketch of Louisiana Gen. Daniel W. Adams. Before the war, Adams killed a Vicksburg newspaper editor in a notorious street fight, so I titled the article “Street Brawls and Battlefields.” When I saw that it was published as “A Very Violent Gentleman,” I asked Risen to change the title. The Vicksburg incident was the only fight Adams was involved in outside the Civil War, and because it was ruled self-defense I believed it was unfair to characterize him as a very violent man. Risen agreed but explained that it was too late to change the title because it was already in the Times’ computer system and linked to the newspaper’s subject/title search engine.

Two things in particular impressed me during my four-year association with “Disunion.” The first was the fact that no one ever suggested I change an article’s content. I specialize in Confederate military history, and the New York Times has a reputation for being a liberal newspaper. I couldn’t help but wonder if the series would be biased against the South. Would Confederate story lines be welcomed? Would any article praising the political and military ability of Southern figures be accepted? If I wrote anything that seemed politically incorrect, would it be rejected or heavily edited?

As it turned out, Risen made only one substantive change in my twenty-six articles, and it was in the very first submission. “The Southern Cross” draft I submitted explored the flag’s controversial post-Civil War history and addressed whether or not it should be displayed today. Risen decided to delete that part of the story, but it was not a question of political correctness. He simply wanted the article to focus on the flag’s origin and not run too long.

The second thing that made a strong impression on me was the loathing many commenters had for the South and political conservatives. This truly shocked me. Southerners have long been accused of refusing to forgive and forget the Civil War (or War Between the States, if you prefer), and some readers did repeatedly accuse Union soldiers of engaging in widespread rape, looting and arson. However, they rarely made any connection between what happened 150 years and the world today.

That was not true for many readers who denounced the Confederacy. They still seem to be fighting the Civil War, and their hatred of the South appears heartfelt. Commenters often lost sight of the article in question and hijacked the thread to launch diatribes linking modern Southerners to the slave-owning Confederates. Typical was the reader who seethed, “Southern Confederates and Dixicrats [sic] have morphed into today's Republican Party, the party of intolerance, bigotry, anti-voting rights, anti-equal rights, anti-women rights, anti-workers rights, anti-tax fairness and the sad list goes on.”

The specific subject of an article did not matter—if it had anything to do with the Confederacy, the harangue would begin. For example, commenting on my article on General Dan Adams, one reader declared, “It's not possible to overestimate the corrosive effects that southern culture and the Civil War that resulted from it have inflicted on subsequent levels of violence in the US.”

In “The South’s Greatest Governor,” a biographical sketch of Louisiana’s Gov. Henry Watkins Allen, my purpose was simply to illustrate how effective Allen was as a wartime governor, but several readers were incensed that I did not condemn him for being a rebel and slave owner. From California, a reader wrote, “It's amusing to read about the antics of these murderous slave-owning traitors, especially when they put on airs of being honorable human beings.”

For reasons that I still don’t understand, the Allen article received an unusually large number of harsh comments. Some readers like “David” tired of it. He posted:

I can only express deep dismay at the hatred for all things Southern that is expressed in many of the comments posted to this article. Such diatribes demonstrate a complete lack of sensitivity and understanding of our country's history and that of the Civil War itself, along with an oversaturation in current trends of political correctness and sensibilities. I can only hope that you "good folks" (as you probably like to think of yourselves) never get assigned to teach any history classes or sit on any school boards!

Despite the Southern bashers, I found myself looking forward to the readers’ comments almost as much as I did the articles themselves. A great many of the commenters (including some of the Southern critics) were very well read, articulate, and insightful, and I learned a lot from them. “Charles” is one that stuck in my mind. In regard to the Allen article, he wrote:

It would be interesting to ask the good people of Louisiana if they agree with Governor Henry Watkins Allen who set up state stores, state medical dispensaries, state turpentine distilleries, castor oil factories, hospitals and pharmaceutical facilities during the Civil War. This goes against the current Republican ideology that government is the problem, not the solution.

“Touché,” I thought upon reading Charles’s post. He had linked the Civil War to today’s politics without rancor and made an interesting observation that made me think. And thinking about the Civil War’s legacy is what “Disunion” was all about.