Why We Can’t Look Away from Violence Against Black People

Allyson Hobbs is an Assistant Professor in the History Department at Stanford University.  Her first book, "A Chosen Exile: A History of Racial Passing in American Life," published by Harvard University Press in October 2014, examines the phenomenon of racial passing in the United States from the late eighteenth century to the present. 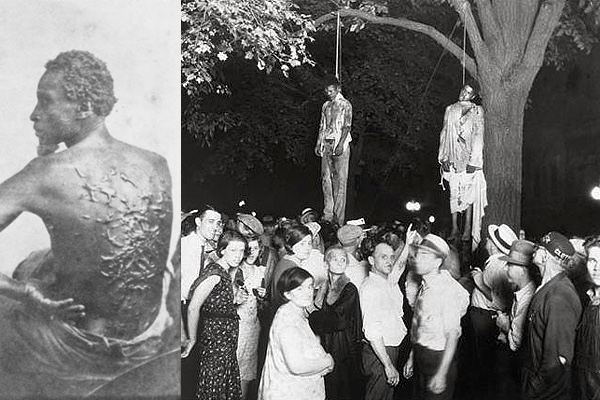 On July 27, 1919, a recent immigrant from Italy was running for his life. Covered in dirt, he feared that the policemen who sped into his Chicago neighborhood in patrol wagons and squad cars might mistake him as black and “shoot him down.”

Chicago had exploded into a bloody race riot that lasted five days. By the time calm was restored to the city’s streets, thirty-eight people were dead, 537 were injured, and over a thousand had lost their homes. African Americans comprised the vast majority of the victims. 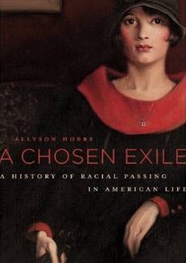 As historian Thomas Guglielmo has explained, at the time of the riot, most Italian immigrants did not think of themselves as white, but rather identified with the particular region of Italy where their families originated. The man running from the police was far more likely to think of himself as Sicilian or Southern Italian, even though naturalization laws, race science, the census, real estate agents, courts, unions, and employers classified him as white.

Italians, as well as other Southern and Eastern European immigrants, were racially undesirable, but they were still white.

With his life on the line, the man running down the street in Chicago knew exactly what to yell out so that the police would give up the chase.

Crying out “I’m white! I’m white!” was not an option for Eric Garner, Freddie Gray, Oscar Grant, Michael Brown, Tamir Rice, Jonathan Ferrell, Timothy Russell, Malissa Williams or many other African Americans who have met their deaths during tragic encounters with the police.

“I can’t breathe,” Eric Garner’s haunting final words, fell on deaf ears. So did Freddie Gray’s repeated requests for medical assistance. According to some reports, the police officers made fun of Gray’s pleas, cynically referring to them “jailitis” (a fear of going to jail), after he suffered “catastrophic injuries” including a severed spinal cord and a crushed voice box during a “rough ride.” Gray was unrestrained without a seat belt but shackled by the feet on the floor of a police wagon.

According to some eyewitnesses, Michael Brown’s final act was to hold his hands up. This pose of submission would not save him from being struck and killed by at least six bullets, including two to his head. For more than four and a half hours, Brown’s body lay face-down in the middle of Canfield Drive in Ferguson, Missouri on a hot summer afternoon. The chief of emergency medical services at a nearby hospital arrived and when he observing the blood streaming from Brown’s head, he concluded that Brown had “injuries incompatible with life.” Parents ushered their children indoors and shielded their eyes from the gruesome sight. Others tried to cover the body with a sheet, working with feverish haste to find a way to restore Brown’s dignity in death.

According to an alarming report based on federally collected data on fatal shootings by ProPublica, the public interest news organization, young black males are 21 times more likely to be killed by police than their white counterparts. The website Occupy.com reported that a black man is killed by police every 28 hours.

Federal data show that between 2010 and 2012, 1,217 deadly police shootings occurred and black men between the ages of 15 and 19 were killed at a rate of 31.17 per million, while 1.47 per million white males in the same age range died at the hands of police. This data is incomplete and imprecise. It is reported on a voluntary basis by police departments to the FBI. Many jurisdictions, including New York, do not participate in the program. Underreporting is a major obstacle to gathering more accurate data.

Countless African American women also have lost their lives during confrontations with the police. Their stories are often overlooked and untold. The “Say Her Name” campaign has begun to draw more attention to these women’s lives and their untimely, violent deaths. Rekia Boyd, 22, an innocent bystander, was fatally shot in Chicago’s Douglas Park by a police officer. Shelly Frey, a 27-year-old-mother of two, was suspected of shoplifting and was shot and killed in the parking lot of a Houston Wal-Mart by a security guard. Tanisha Anderson, a 37-year-old woman who suffered from schizophrenia died suddenly after being restrained in a face-down position in police custody in Cleveland. Kayla Moore, a transgender and schizophrenic woman died after being subdued by police on a gurney in Berkeley. The Associate Director for the African-American Policy Forum, Rachel Gilmer lamented, “We haven’t carried their stories in the same way.”

To be sure, there are numerous white victims of police violence. Indeed, the ProPublica study showed that 44% of those killed between 1980 and 2012 were white. And, this is not entirely a white police officer/black victim issue. Black police officers are responsible for 10% of fatal shootings. Of these shootings, 78% of the victims were black.

There is no question that most police officers are courageous public servants who have harmonious relationships with the communities that they protect. But there is an urgent need for more extensive training, especially to assist police officers during interactions with mentally ill populations.

Perhaps we turn away from these disturbing statistics because we have become inured to seeing African American men and women in pain. This is the legacy of the brutal regime of slavery, where the entire system was underwritten by the looming threat and the frequent exercise of violence.

The ghastly image of “The Scourged Back,” the photograph of the back of the former slave, Gordon, who had been whipped so many times that the lash formed a grisly terrain of scars layered on top of more scars, allowed nineteenth century Americans to bear witness to the unimaginable trauma of slavery. Lynching photography continued this tradition in a more modern form. Photography became more sophisticated by the early twentieth century and easier to duplicate. Those who attended a lynching could pose with the body, sometimes with children hoisted on their shoulders, and send photographs as postcards to friends and relatives. Twisted and dismembered bodies often dangled from trees, bridges, and light posts for days or even weeks as a reminder of the fatal consequences to African Americans who did not “know their place.” If the body was removed, photographs were taken of the lynching site and marked with an “X” to indicate where the body hanged.

Repeatedly viewing these appalling images has made the unconscionable more acceptable, even palatable. This history stalled the government’s response as American citizens died in the Superdome or on rooftops waiting for help that came too late or never came at all during Hurricane Katrina in 2005. This history allows us to gaze upon Michael Brown’s corpse as it decomposed in the relentless heat for four and half hours before it was brought to the morgue and to wonder whether he had committed the petty crime of stealing cigars at a grocery store. Or to hear Eric Garner’s and Freddie Gray’s cries to save their lives and to be distracted by whether they had sold illegal cigarettes or carried a (legal) knife.

At the end of James Weldon Johnson’s 1912 novel, The Autobiography of an Ex-Colored Man, the character who has been passing as white makes the decision that he will stop passing, that is, until he stumbles upon a lynching. It is the sight of a lynched black body—“the scorched post, a smoldering fire, blackened bones, charred fragments sifting down through coils of chains, and the smell of burnt flesh . . . in [his] nostrils” that “fixed” the Ex-Colored Man “to the spot where [he] stood, powerless to take [his] eyes from what [he] did not want to see.” In the novel, the Ex-Colored Man, “escaping the agonizing dilemma of black manhood,” later feared that he had “chosen the lesser part” and “sold [his] birthright for a mess of pottage.” But the gruesome scene, the spectacle of lynching as a form of white entertainment for a cheering mob, and his realization of the “cheapness of black life” prompted him to pass: “All the while, I understood that it was not discouragement, or fear, or search for a larger field of action and opportunity, that was driving me out of the Negro race. I knew that it was shame, unbearable shame. Shame at being identified with a people that could with impunity be treated worse than animals. For certainly the law would restrain and punish the malicious burning alive of animals.”

Over a century ago, the Ex-Colored Man powerfully articulated the now familiar refrain, “black lives matter.”

The only way to stop the often-sanctioned violence of the present is to reckon with the past. We can no longer look away.