By the Bizarre Logic of Anti-Gay Marriage Zealots, the Supreme Court Should Allow Businesses to Discriminate Against Interracial Couples

Robert McWhirter uses the Constitution and Bill of Rights every day as a practicing criminal lawyer and authority on immigration law and trial advocacy. His vast experience and impressive credentials in the field of law have prepared him for his latest contribution to all American citizens as author of Bill, Quills, and Stills: An Annotated, Illustrated, and Illuminated History of the Bill of Rights (American Bar Association, August 2015). 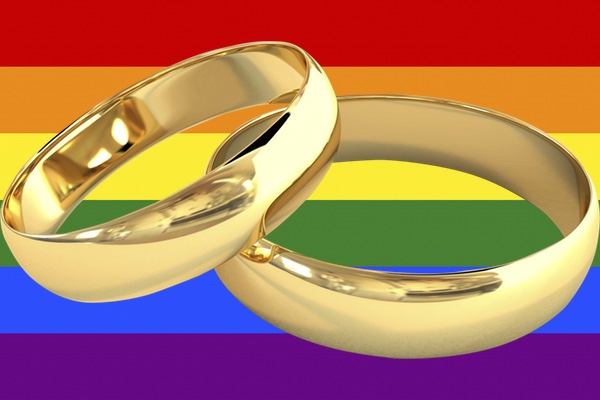 The Culture Wars are really over. Most Americans believe gay people should marry, abortion should be legal, contraception readily available. So, what is a lost culture warrior to do?

Americans also believe in religious freedom.  So, the answer is to recast yourself as defending religious freedom.  After all, you can’t trump a civil or privacy right with a political argument.  For that you need another right like freedom of religion. 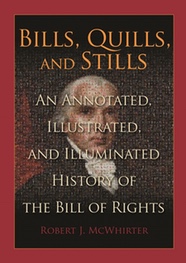 “Defending religious freedom” has been in play for a while.  No one has argued for a long time we should impede access to contraception; Griswold v. Connecticut put it to rest in 1965.  So, the new play for those with religious scruples against the Pill, and those who wanted to snipe at Obama Care, was Hobby Lobby.  Burwell v. Hobby Lobby, 573 U.S. ___ (2014).  Now even a closely held for-profit corporation gets individual “freedom of religion” to deny its employees contraceptives.

But the problem for the Cruzes is Loving v. Virginia, 388 U.S. 1 (1967), the best named case in Supreme Court history.  Loving defined marriage as a civil right, which by definition, are inalienable for everyone:

“Marriage is one of the ‘basic civil rights of man,’ fundamental to our very existence and survival. . . . To deny this fundamental freedom on so unsupportable a basis as the racial classifications embodied in these statutes, [is] … directly subversive … [to] the 14th Amendment . . ..”

Opponents of same-sex marriage can’t attack this head on.  So the first play is to argue definitions.  After all, said George W. Bush, “marriage is between a man and a woman.”  Subtext: “We don’t deny gay people a fundamental right, we just define them out of it.”

Aside from being disingenuous on its face, it’s historically inaccurate.  In most cultures even today, marriage at its inception is between and man and a girl; indeed, the survival of “Confederate War Brides” showed it was a common American norm.

The Ancient Romans did not even have government recognition of marriage because it was part of the res privada, not the res publicada.  You could have married a goat for all they cared. The Bible is full of polygamy.  Jacob had two wives and two concubines and it remains a still debated question how many hundred wives David and Solomon each had (just try to remember the anniversaries!).

English and American common law provided marriage was not “between” a man and woman but just the man.  Women lost all legal identity in marriage as the great 18th century jurist Sir William Blackstone noted,

“[t]he very being or legal existence of the woman is suspended during the marriage, or at least is incorporated and consolidated into that of the husband; under whose wing, protection and cover, she performs everything.”

But history aside, what about someone with a sincerely held religious belief against same-sex marriage?  Do we protect the cake decorator or wedding photographer or minister who wants no part of the ceremony?

Before we do we should look back.

Richard and Mildred Loving stood criminally convicted under Virginia's anti-miscegenation statute, the “Racial Integrity Act of 1924.”  Richard was white and Mildred was black.  Judge Leon M. Bazile when passing sentence on them made no qualms about its religious basis:

“Almighty God created the races white, black, yellow, malay and red, and he placed them on separate continents. And but for the interference with his arrangement there would be no cause for such marriages. The fact that he separated the races shows that he did not intend for the races to mix.”

The Supreme Court had none of this in overturning the statute.  As the lovely Mildred said upon hearing the good news, “It wasn't my doing. ‘It was God's work."

If we say religious freedom allows someone to discriminate against same-sex marriage, then we take a step back to allow any discrimination for any sincere religious belief.  If your God tells you blacks and whites should not marry, then so be it, no miscegenation and you don’t have to decorate the cake.

In given faiths, “marriage” has a deeply religious and spiritual meaning to people.  Various denominations will exclude, as creed, same-sex marriage.  Despite Mike Huckabee’s claim that “gays” are mounting an attack on Christianity that "won’t stop until there are no more churches …,” Churches have a right not to recognize same-sex marriages. But then, other denominations have just as much right to recognize them.

For government, however, “marriage” is just a way of organizing property, rights, and obligations between two people and the state - it is synonymous with “civil union.”  The benefits its status confers is a fundamental right. Denying this right is overt discrimination, something Americans no longer countenance.