What Ever Happened to Good Old Fashioned Threats to Nuke Our Enemies? 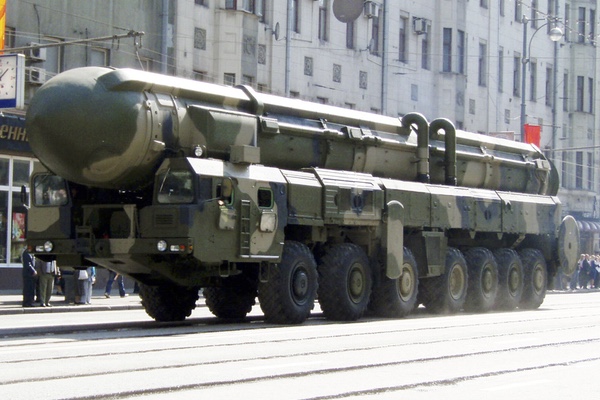 After 1945 and during the Cold War era, the United States and the Soviet Union—but mainly the U.S.—issued numerous direct and indirect nuclear threats against the other. These included comments and signals by President Harry Truman during the Korean War; the many instances of brinkmanship by President Dwight Eisenhower and Secretary of State John Foster Dulles; the shoe-pounding antics of Premier Nikita Khrushchev, which included his nuclear threats against Britain during the 1956 Suez crisis; the Madman Theory diplomacy of President Richard Nixon and his aide Henry Kissinger; President Jimmy Carter's warnings against possible Soviet moves into the Persian Gulf; the loose talk of President Ronald Reagan about nuclear use; and the “strategy of ambiguity” practiced by post-Cold War U.S. presidents and legislators about keeping “all options on the table” in one diplomatic crisis after another. 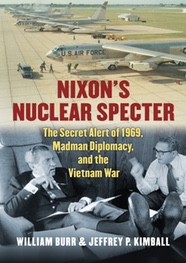 In some of these instances, direct or indirect verbal nuclear warnings were accompanied or signaled by “shows of force”— i.e., maneuvers involving ominous military movements of ships, planes, and troops. Nuclear alerts were fewer in number but even more threatening, because they signaled operational readiness to use nuclear weapons. The first nuclear alert occurred during the 1948-49 Berlin Blockade, when the nuclear-capable bombardment groups of the U.S. Strategic Air Command went on high alert. During the Sino-Soviet crisis in the late 1960s, both China and the USSR launched alerts as signals of intimidation or deterrence.

The most dangerous alerts took place during the Cuban Missile Crisis, when in late October 1962 SAC increased its readiness level to Defense Condition 2, just one DEFCON category short of full readiness for nuclear war. Soviet bomber and missile forces also went on high alert during the crisis.

On March 15, 2015, news reports circulated around the world that Russian President Vladimir Putin had claimed in a documentary interview that he had been prepared to put Russia's nuclear forces on alert in March 2014 if Ukrainian or NATO forces had intervened in response to Russia's annexation of Crimea. Russian speakers later dismissed the reports, however, saying that Putin's comments had been mistranslated.

One of the most secret of the American nuclear alerts took place in October 1969. With Kissinger's advice and encouragement, President Nixon launched a worldwide “readiness test” involving ships, submarines, tactical aircraft, and nuclear-armed B-52s. The purpose was to jolt Moscow into assisting him in persuading North Vietnam to give in at the negotiating table. It was one example of his Madman Theory: the principle of threatening to use excessive or extraordinary force for the purpose of coercing or compelling an adversary to yield or desist. In this case, he hoped to convince the Soviets he would be ready for any contingency that might arise should the United States attack North Vietnam.

This nuclear ploy failed to achieve its intent, and as far as is known, so did all of the other nuclear threats and alerts that preceded and followed, including those in recent years between India and Pakistan, Israel and Iran. One of the main reasons is that they are not credible. Deterrence may work, but nuclear threats made against a rival nuclear power risk nuclear retaliation against the initiator—mutual assured destruction kicks in. On the other hand, nuclear threats made by nuclear powers against non-nuclear states lack credibility because of their dis-proportionality and the potential world opprobrium that would fall upon the nation using nuclear weapons. An additional restraint is that nuclear weapons are not militarily practical in most circumstances. Their use also risks failure to achieve the intended objective, which could ironically undermine the credibility of future threat making. All together, these constraints are referred to by historians and political scientists as the “nuclear taboo.”

In recent months, the contentious debate in the United States regarding ongoing negotiations between the permanent five members of the UN Security Council plus Germany (P5 + 1) and Iran about halting Tehran's bid to develop nuclear weapons capability has seen a diminution of nuclear-threat-making rhetoric. Prominent U.S. individuals and institutions had bandied nuclear warnings for at least a decade, beginning with President G. W. Bush administration threats that “all options are on the table.” In 2005, despite such threats, and after a two-year suspension of Iran's nuclear program, the Bush administration refused to accept a final nuclear accord unless it mandated zero enrichment and associated infrastructure. The result was the current Iranian nuclear program with its advanced uranium-enrichment capacity.

Recently, however, conservatives and neo-conservatives have toned down their rhetoric, apparently resigning themselves to a possible nuclear deal. Although John Bolton recently called for a bombing campaign against Iranian uranium-enrichment sites, these would not involve the use of nuclear weapons, or so it seems. For the past few years, moreover, key American Enterprise Institute leaders have stopped advocating the bombing of Iran should the P5 + 1 talks fail or Tehran resumed development of nuclear weapons after a treaty was signed and economic sanctions lifted. Instead, they are calling for increased defense spending in support of containment and deterrence, which in general terms at least is the strategy of the administration. The AEI's criticism of President Barack Obama has come down mainly to claiming that he lacks a coherent military strategy for implementing containment and deterrence.

I am not privy to the administration's military strategy should Iran attempt to carry out a rapid nuclear weapons “breakout” after sanctions are lifted. But the word on the street is that one response could be a “snapback” of sanctions. Another response could be military, according to Colin Kahl, Deputy Assistant to the President and National Security Adviser to the Vice President. Recent discussions of the question make it clear that such a military response would be a non-nuclear one. Along these lines, Richard Nephew, former principal deputy coordinator for sanctions policy at the U.S. State Department, said recently that the United States would be “in a place in which military force is going to have to be considered.” By “military force,” he did not mean nuclear force. As unwanted as this possibility of the U.S. using conventional military force against Iran is, it does seem to be the case that the former habit of glibly making nuclear threats against adversaries for the purpose of coercion or preemption is no longer in the strategic playbook—at least for now.

In the April 2010 Nuclear Posture Review (NPR), moreover, the United States declared that it would not use nuclear weapons against non-nuclear-weapon states that are members in good standing of the nuclear Nonproliferation Treaty (NPT). The strategy of ambiguity practiced by successive past administrations implied that the use of nuclear weapons by the United States in response to biological or chemical weapons attacks, even from NPT member states, was a possibility.