James Robenalt is the author of January 1973, Watergate, Roe v. Wade, Vietnam and the Month That Changed America Forever. 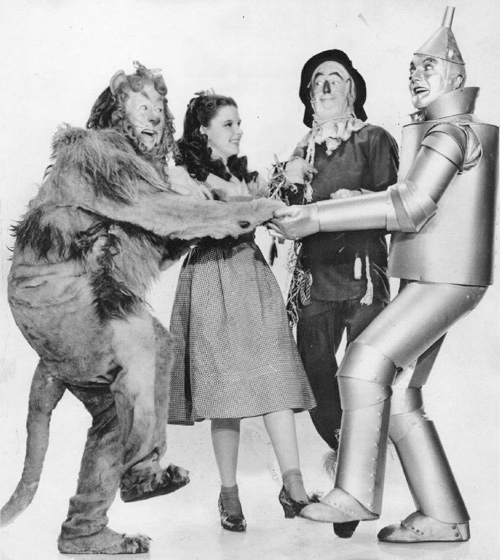 In 1900, one hundred and fifteen years ago, Frank Baum wrote a brilliant political allegory called the Wonderful Wizard of Oz. Though he billed it as a modern fairy tale meant solely to entertain children, Baum’s epic was in fact all about income inequality. All these years later, we still don’t seem to get it—we live in a democracy that continues to be run by those few who control almost all the money. 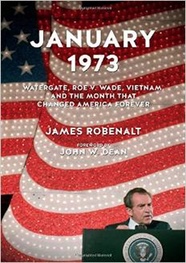 And income inequality, as we all know, is getting worse by the year. This issue likely will be one of the defining questions of the 2016 campaign for the presidency.

In Baum’s time it was all about silver and gold. The country’s supply of money was tied principally to gold, with silver used for coins. The result was that the money supply was severely limited at a time that the country was exploding in growth, due in large part to the industrial revolution and huge immigration waves from Europe.

Those who had the money wanted to keep the money supply limited.

Farmers and laborers, on the other hand, who struggled to keep up with their mortgages or debts to powerful bankers, needed more money in circulation to allow them just to pay their bills.

But, of course, with a constricted money supply, the rich got richer—obscenely rich.

The presidential contest of 1896, often referred to as a “cyclone” because of its turbulence, was the highpoint of the political debate over establishing a bi-metallic standard for money. The populist wanted to see silver established in a 16-ounce-to-1-ounce ratio with gold. “16 to 1” was the battle cry of those who believed in “free silver.”

“Oz” is the abbreviation for ounce. Hence, Frank Baum dubbed his title character the “Wizard of Oz.”

It was a classic haves and have-nots contest. Over a hundred years ago, many argued that it was inconsistent with the notion of democracy to allow an advantaged few to control the money supply. True political equality, they said, required some measure of economic equality—and access to more money was the key.

The prophet for free silver in 1896 was a very young congressman from Nebraska named William Jennings Bryan. He stormed to the nomination of the Democratic Party at its convention in Chicago in the summer of 1896 with his dramatic “Cross of Gold” speech. His opponent, Republican William McKinley of Ohio, stood for “sound money” or the gold standard.

In Baum’s book, the road to Oz was paved with yellow bricks, symbolizing the gold standard. The Wicked Witch of the East (read Wall Street) was accidently killed by the innocent Dorothy from Kansas (read the Heartland) when a cyclone (the 1896 election) fortuitously deposited her home on the Witch, who in the book was wearing silver shoes, not ruby as in the popular movie adaptation.

The Witch of the East kept the Munchkins in bondage through her magical silver slippers, obviously a reference to the Eastern establishment’s regulation and restriction of the use of silver as a monetary unit. Now Dorothy unwittingly had set the Munchkins free and as her reward she was given control of the silver shoes, which she put on and wore on her journey to find the Great Oz, in the hopes that she might return to Kansas.

On her way to Oz, Dorothy runs into the Scarecrow, symbolic of the impoverished and vulnerable farmer in the West, the Tin Man, representative of the urban industrial worker who mutilates himself, chopping off all of his limbs as he labors relentlessly in sweatshops of his day, and the Cowardly Lion, who is Bryan, the man who roared to no effect in the 1896 election.

The Wonderful City of Oz, however, had a curious entry requirement. “You must wear spectacles,” the Guardian of the Gate informs Dorothy and her travelling companions once they make it to the outskirts of Oz.

"Because if you did not wear spectacles the brightness and glory of the Emerald City would blind you,” she is told. “Even those who live in the City must wear spectacles night and day. They are all locked on, for Oz so ordered it when the City was first built, and I have the only key that will unlock them."

A big box containing spectacles of every shape and size is opened and Dorothy discovers that all of the spectacles are made with green lenses. Even Toto the dog is required to strap on a pair of the green glasses.

Turns out, the Wizard of Oz (who represents President McKinley in this allegory) requires his citizens to wear green spectacles, night and day, in order that they might think that there is plenty of money everywhere and for everyone. The illusion works and it keeps the Great Oz’s subjects in a contented state, as they are duped into believing that it is the brightness and glory of Oz, not the lack of money, that necessitates the special glasses.

If Baum were writing today, how would he play out the allegory? Would the citizens of Oz be required to wear Google glasses, filled with images from cable news networks? And how would he portray the characters? What would he make of the present slate of presidential contenders?

Baum was clever enough to write an epic that fascinated on so many levels, but there is little question that a modern-day Wizard of Oz tale would deal with the same underlying question that this nation faced over a century ago: how can a democracy survive if too much money and power is concentrated in too few hands?

One thing is sure: Dorothy would have her hands full getting back to Kansas, or is it Iowa?