A column by Johns Hopkins historian N. D. B. Connolly causes a firestorm on the website of New York Times 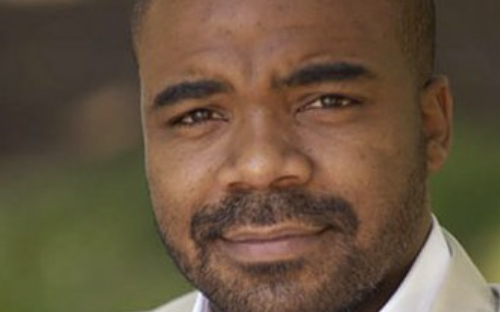 Is black culture what's gone wrong in Baltimore?  That's apparently what a lot of people think. When Johns Hopkins's N. D. B. Connolly made the case in an op ed in the New York Times that it's not he faced a firestorm of criticism that played out on the newspaper's discussion board. More than eleven hundred people posted comments. This comment, voted the most popular, was typical:

Connolly, an assistant professor of history at Hopkins, which is located in Baltimore, is the author of A World More Concrete: Real Estate and the Remaking of Jim Crow South Florida.  In the book he argues that racism was profitable to Miami businesses in both the Jim Crow era and afterwards.  It's also profitable, he wrote in his Times piece, in Baltimore and the country at large:

The problem is not black culture. It is policy and politics, the very things that bind together the history of Ferguson and Baltimore and, for that matter, the rest of America.  Specifically, the problem rests on the continued profitability of racism. Freddie Gray’s exposure to lead paint as a child, his suspected participation in the drug trade, and the relative confinement of black unrest to black communities during this week’s riot are all features of a city and a country that still segregate people along racial lines, to the financial enrichment of landlords, corner store merchants and other vendors selling second-rate goods.

He disparaged stories about the black mother who stopped her teenage son from joining rioters.  That just encourages us to misdiagnose the problem, placing the focus on black culture rather than the class and racial structures that keep black people down.

The problem originates in a political culture that has long bound black bodies to questions of property. Yes, I’m referring to slavery.

Slavery was not so much a labor system as it was a property regime, with slaves serving not just as workers, but as commodities. Back in the day, people routinely borrowed against other human beings. They took out mortgages on them. As a commodity, the slave had a value that the state was bound to protect.

Now housing and commercial real estate have come to occupy the heart of America’s property regime, replacing slavery. And damage to real estate, far more than damage to ostensibly free black people, tends to evoke swift responses from the state. What we do not prosecute nearly well enough, however, is the daily assault on black people’s lives through the slow, willful destruction of real estate within black communities. The conditions in West Baltimore today are the direct consequence of speculative real estate practices that have long targeted people with few to no options.

Not everybody who posted comments on the discussion board thought he went too far.  Some thought he didn't go far enough. 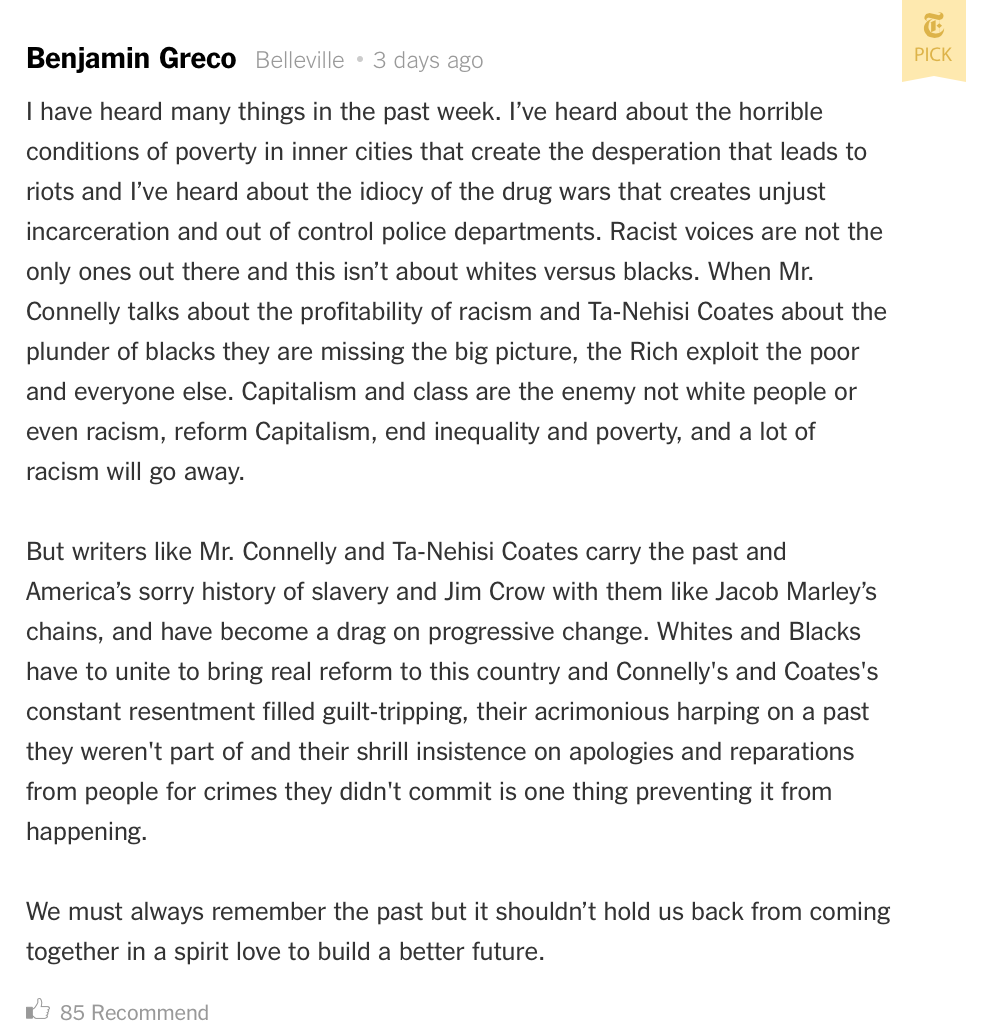