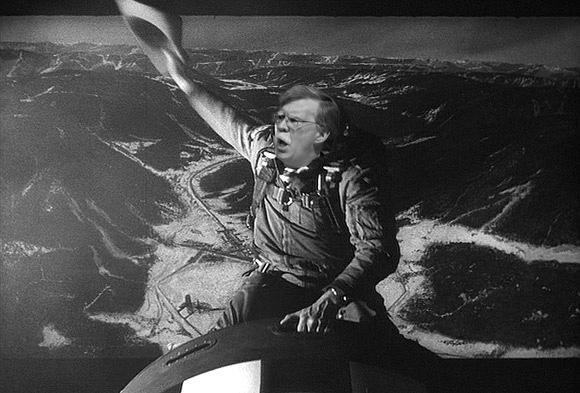 The year was 1968. I had just earned a master’s degree in history at Georgetown University, where I had also helped found the university’s chapter of the Students for a Democratic Society (SDS). Unfortunately, there was no time to celebrate, because within days of getting the degree I was on U.S. Army bus, along with about 30 others, heading from Washington, D.C. to Fort Holabird in Baltimore. At that time there was a military draft induction center there, and according to my low draft lottery number, my time had come.

At Holabird we piled into a classroom-like setting and were given a lecture by a rather over-muscled middle-aged sergeant with buzz haircut. He told us (I am paraphrasing from memory here) that “the Vietnam war was absolutely necessary. If the commies got their way the domino effect would see all of Southeast Asia go Red. There was no way you could negotiate with Hanoi and so it was time to increase the intensity of bombing over North Vietnam.” I remember that he ended by telling us that “there were no innocent civilians in Vietnam - when they call their soldiers part of a people’s army, they mean it.” Only later did I realize he was extrapolating on the position laid out by the infamous General Curtis “Bomb Them Back to the Stone Age” Lemay. When the sergeant had talked himself out, he began distributing the written intelligence and aptitude tests that were part of the pre-induction process. As he was doing so he asked if there were any questions. I was the only one who raised his hand.

You have to keep in mind that I was 23 years old, a radical, and  not afraid of authority figures. So I asked him, “Why should any of us here believe a word you say about this war when all you have given us are opinions standing in for facts?” He looked at me in a murderous way and said. “What is it about these forms that you don’t understand?” A good number of the boys (I was the oldest among the prospective inductees) in the room laughed - at me. What the heck can you expect from cannon fodder.

I eventually beat the draft and forgot about the above incident. That is, until I read John Bolton’s 26 March 2015 op-ed “To Stop Iran’s Bomb, Bomb Iran” in the New York Times (NYT).

John Bolton is a neoconservative veteran of the George W. Bush era. His claims to fame, besides a real talent for temper tantrums, include serving as President Bush’s Under Secretary of State for Arms Control. In this capacity he undercut international efforts to limit such things as biological weapons. He also served as Bush’s ambassador to the United Nations. It would appear he was chosen for this post mainly because he despised the UN. Under George W. Bush the times were truly Orwellian. Finally - and this is what took me back to 1968 - Bolton’s op-ed demonstrated that he can’t tell the difference between his own opinion and fact.

First, Bolton is absolutely convinced that Iran will produce nuclear weapons. How does he know? Because “Iran’s steady progress toward nuclear weapons has long been evident.” To firm up his case he misleadingly tells us that “the president’s own director of National Intelligence [James Clapper] testified in 2014 that they [economic sanctions] had not stopped Iran’s progressing its nuclear program.” Yes, the quote is accurate, but Mr. Bolton’s use of it is not. As intelligence agencies, including those under Clapper, attest, the nuclear program Iran has been working on since 2003 is not a weapons program. Rather, it is one aimed at the production of energy and nuclear medical capabilities. Again, it should be emphasized that it is the consensus of all U.S. intelligence agencies, dating from 2011, and not 2007 as Bolton asserts, that there is no evidence that Iran seeks to build nuclear weapons. Today there is no evidence that would cause a change of view.

However, Mr. Bolton is so obsessed with bombs that, in the case of Iran, there is no difference between any sort of nuclear program and a weapons program.  And, he obviously feels his opinion is more “true” than the estimates of professional intelligence agencies. It is a blindspot he shares with the Republican Party and other certain political leaders, such as Benjamin Netanyahu. Of course, it is exactly to ensure that Iran’s “progress” stays focused on non-weapon use of nuclear power that the present negotiations between the P5 + 1 and Iran are directed. But Bolton will never be satisfied. He “knows” the Iranians are out for weapons. Maybe he is psychic.

Second, Bolton claims that taking the negotiation or diplomatic path with Iran has triggered a nuclear arms race in the region. How does he know this? The Saudis tell him so. The governing oligarchy in Riyadh has already said that if the Shiite Iranians are building the bomb, they want nuclear weapons too. Like Bolton, the Saudis equate know-how with production. So Bolton tells us that we can expect the Saudis to acquire nuclear weapons from Pakistan - and it is all Iran’s fault. Hold on! Why shouldn’t it be Israel’s fault? Israel was the first country in the Middle East to actually build and stockpile nuclear weapons. In Bolton’s mind, apparently, that’s different. Bolton tells us “other states in the region understood … that Israel’s nukes were intended as a deterrent, not as an offensive measure. Iran is a different story.” This is a proposition for which Bolton offers no proof. Given Israel’s continuous history of aggressive expansion, just what is the Israeli stockpile deterring? After all, holding a nuclear weapon over other people’s heads while you conquer Arab land seems a very offensive use of “deterrence.” And sure “Iran is different story.” It doesn’t even own a nuclear weapon, much less a stockpile.

Third, John Bolton has an answer for all of this. Being a neoconservative who cut his teeth on undermining arms control, the answer is that “only military action like Israel’s 1981 attack on Saddam Hussein’s Osirak reactor in Iraq or its 2007 destruction of a Syrian reactor … can accomplish what is required.” He goes on to detail the targets and the ultimate goal of his proposed aggression: “Rendering inoperable the Natanz and Fordow uranium-enrichment installations and the Arak heavy-water production facility and reactor would be priorities. So, too, would be the little-noticed but critical uranium-conversion facility at Isfahan. …The United States could do a thorough job of destruction, but Israel alone can do what’s necessary. Such action should be combined with vigorous American support for Iran’s opposition, aimed at regime change in Tehran.”

What this scenario actually proves is that Mr. Bolton has little capacity to think his schemes through. By his own admission such a bombing adventure would only “set back its [Iran’s] program three to five years,” meanwhile killing thousands, making a dangerous enemy of Iran for years to come and, last but not least, risking a war in the Persian Gulf that would seriously disrupt the world’s flow of oil. And let’s not forget that such an attack would, at the very least, disrupt Iran’s fight against ISIS, which is supporting an important U.S. interest.

As for Israel, Bolton is exaggerating. The Zionist state does not have the capacity to “do what’s necessary.” The distance between the two countries is prohibitive, and even if Israeli warplanes could get to Iran and back (say by refueling in, of all places, Saudi Arabia), the operation would take multiple sorties, during which the Israel stands to lose a good number of planes and pilots. In fact Prime Minister Netanyahu has sought to prepare the Israeli air force for an attack on Iran only to have his own military officers strongly object.

John Bolton’s op-ed to the New York Times is just a mess - a dangerous flight of fancy based on skewed opinions rather than hard evidence and facts. In what must have been a very weak moment while writing this piece, he actually admits that there is a “lack of palpable evidence” for his case. He then moves right ahead as if the absence of evidence and facts just do not matter.

And what are the facts? Well, the Iranians do have a certain level of nuclear know-how which has been turned toward energy production and medical use. They do not have a nuclear bomb and have repeatedly said they don’t want a nuclear bomb. They have stated that they have religious objections to moving in that direction and know that the use of such a weapon would be a suicidal act. Western governments, pressured by Zionist and other special interests, have decided that the Iranians are not trustworthy, and so draconian economic sanctions have been implemented. Now, negotiations to put in place mechanisms to ensure that the Iranians stay true to their word appear near completion.

However, just like that hard-nosed sergeant back in 1968, Bolton dismisses negotiations. Like the analytically deficient noncom at the induction center, he is much more comfortable with death and destruction. And indeed, given Bolton’s influence on the right, his public advocacy of a nuclear attack on Iran in 2009, and his having become a foreign policy advisor for presidential candidate Ted Cruz, he might be judged the most dangerous man in the U.S. - if it wasn’t for the fact that he has so much competition: all those Republican leaders in Congress beating their breasts and swearing that they are going to destroy the president’s one positive effort to make the world safer; the sharks at AIPAC who are determined, for the sake of Israel, to make war on Iran right down to the last American soldier; and untold millions of Christian Zionists who see any conflagration in the Middle East as a good thing because it brings closer the annihilation for which they positively yearn.

What is the New York Times doing publishing this nonsense? It seems to me when you accept a piece for an op-ed page it should be recognized as having been thought through and demonstrating some relation to reality. And, you should certainly make sure that it does not represent, as Robert Parry put it, an “incitement to murder and violation of international law.” I guess the NYT editors disagree.