Seven Reasons Why We Should Not Send Weapons to Ukraine

Walter G. Moss is a professor emeritus of history at Eastern Michigan University. He is the author of "A History of Russia," Vol. I and Vol. II and a Contributing Editor of HNN. For a list of his recent books and online publications, click here. 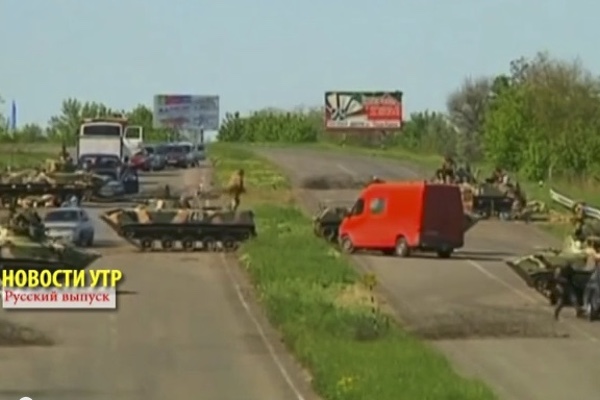 In December 2014 both houses of the U.S. Congress voted without dissent to authorize the president “to provide defense articles, defense services, and training to the Government of Ukraine . . . including anti-tank and anti-armor weapons, crew weapons and ammunition.” More recently, despite a new mid-February ceasefire agreement (Minsk 2), additional voices have encouraged the president to send such aid to Ukraine. In a February 18th speech outlining his foreign-policy views and criticizing those of President Obama, likely future Republican presidential candidate Jeb Bush said that “to ignore a [Ukrainian] request for defensive support seems feckless.”

Among prominent Democrats some of Obama’s own officials urged such support. So too did Strobe Talbott, former President Bill Clinton’s chief adviser on relations with Russia and author of various books on U.S.–Soviet relations. Now president of The Brookings Institution, he has co-authored a February report, sponsored by it and two other prestigious U.S. think-tanks, calling for the U.S. government to provide Ukraine with $3 billion in military assistance over the next three years.

Although the number of such advocates has increased in 2015, so too have the number opposing just such a policy. My list below of reasons for not sending arms borrows from the objections of these opponents, many of whose views have been posted or reproduced on my favorite source of varying opinions regarding the Ukrainian crisis, Johnson’s Russia List (JRL). In previous HNN essays (see, e.g., here and here) I have quoted or referred to critics of our post-Soviet Ukrainian policy, and some of these same critics now oppose our sending of lethal military aid to Ukraine.

But several opposition voices I have not yet mentioned are also among the critics, especially those of Fiona Hill and Clifford G. Gaddy, both of The Brookings Institution, headed by Strobe Talbott—the tolerance and encouragement of internal debate at the institution sets a wonderful example for the rest of us. In a piece in The Atlantic, “The American Education of Vladimir Putin,” and in another, “How aiding the Ukrainian military could push Putin into a regional war,” in The Washington Post, Hill and Gaddy make several cogent points. They are also the authors of the excellent Mr. Putin: Operative in the Kremlin (rev. ed., 2015).

Here then is my list of reasons for not sending the type of military aid suggested by Congress or by Mr. Talbott and others.

1.  Sending arms and escalating the military capacity of the Ukrainian government forces would probably be matched by added Russian support for separatist forces in Eastern Ukraine, thus increasing the killing and suffering on both sides of the conflict. As Hill and Gaddy write, “Putin enjoys ‘escalation dominance’ in Ukraine: Whatever move we make, he can match it and go further.” James Carden, a Contributing Editor to The American Conservative magazine, makes the same point when he writes “there is nothing that we could provide them [the Ukrainian government’s military] with that Russia, in turn, couldn’t and more to the point, wouldn’t, supply the rebels. It would simply mean a net increase in armaments on both sides, which would almost certainly result in more and more civilian deaths. The simple fact of the matter is that Russia is so situated geographically that it has an overwhelming advantage over NATO in the region.”

2.  The dominant U.S. view that Vladimir Putin is an evil man like Hitler and that we must not appease him is simplistic and offers us little guidance in how best to deal with him. As Henry Kissinger has noted, anti-Putinism is not a policy. In their Atlantic essay, Hill and Gaddy have detailed many reasons why Putin distrusts U.S. foreign policy. Among them is his legitimate fear that NATO intends to add Ukraine to the list of former Soviet territory now part of the alliance—the three former Soviet republics of Estonia, Latvia, and Lithuania have already become member nations. (For more on this fear and its role in the present Ukrainian crisis, see also Richard Sakwa’s Frontline Ukraine: Crisis in the Borderlands.) In addition, Russian distrust of U.S. and NATO policies in general, and specifically in regard to Ukraine, is not just a “Putin problem.” His distrust is shared by the great majority of Russian citizens, including Mikhail Gorbachev, who was a major force in ending the Cold War (see his recent interview with the German publication Der Spiegel). Our sending of arms to Ukraine would probably just solidify Putin’s public backing.

3.  Too often in the past U.S. military aid has been sent to governments and military forces unable or unwilling to use it effectively. At times our military equipment has ended up in enemy hands, as for example some of that now being used by ISIS. The same possibility is likely in Ukraine. Der Spiegel writes that the threat of “American weapons deliveries . . . don’t impress Putin one bit.” They would just strengthen support for him at home, and the publication quotes a “Kremlin insider” as saying, “Plus, we would be happy to see American weapons quickly fall into the hands of the separatists as captured loot.”

Another objection to arming Kiev is the nature of the regime to which we are propping up. The government in Ukraine is still wondrously corrupt. . . . Are we so sure that their troops are equipped with the proper training to use these weapons? Doubtful. . . . Its armed forces are an admixture of volunteer battalions and regular forces that are not under a unified command. What is more, Kiev is struggling with recruitment efforts. . . . Are we so sure that the weapons . . . wouldn’t end up in the wrong hands, as they have so many times before, in Iraq, in Syria, in Libya and in Afghanistan?

Stephen Kotkin, whose Stalin, vol. 1, Paradoxes of Power, 1878-1928 has received great reviews, writes in Foreign Affairs “No external power or aid package can solve Ukraine’s problems. . . . Nor would sending lethal weaponry to Ukraine’s brave but ragtag volunteer fighters and corrupt state structures improve the situation; in fact, it would send it spiraling further downward, by failing to balance Russian predominance while giving Moscow a pretext to escalate the conflict even more.”

4.  Spending billions of dollars to help arm Ukraine is a poor use of tax dollars that could be better spent on other priorities. Kotkin alludes to this when he writes that opponents of “a negotiated settlement” with Russia fail to recognize that “the costs of . . . [their] approach are likely to be quite high, and other global issues will continue to demand attention and resources. And all the while, Ukraine would effectively remain crippled, Europe’s economy would suffer, and Russia would grow ever more embittered and difficult to handle.”

5.  Increasing U.S.-Russian tensions over Ukraine would hinder cooperation and reduce U.S. abilities to deal with other important matters such as climate change, nuclear arms reductions, terrorism, ISIS, and Iran’s nuclear ambitions. Improving relations with Russia would facilitate dealing with some of these issues. (See, e.g., former U.S. ambassador to Russia Jack Matlock’s recent speech expressing his fear of a new nuclear arms race.)

6.  Sending military aid to Ukraine, at least under present circumstances, would increase NATO disunity and weaken the alliance. In early February, German Chancellor Angela Merkel (who speaks Russian and has been a realist in dealing with Putin) said, “I think that the progress Ukraine needs won’t be achieved with even more weapons. . . . I am of the firm conviction that there is no military solution to the conflict.” In their Washington Post article Hill and Gaddy state: “We also must consider the effect that arming Ukraine would have on our European allies. . . . If we plunge headlong into sending weapons, we may lose our allies, and we may never have the opportunity to get things right.”

7.  Even if one does not accept all of the previous six points, one might still conclude that “it is entirely reasonable to support Ukraine fully and simultaneously oppose sending additional weapons into a volatile conflict region.” This the position of Michael Kofman, a scholar at the Kennan Institute, Wilson Center. He adds, “Indeed, the proposed arms shipments would do little to help Ukraine militarily and might actually worsen the situation. Kyiv is in desperate need of financial, technical and political support to achieve vital objectives, which include a fledgling reform agenda and negotiating a durable settlement to hold the country together. This in fact is the position adopted by Chancellor Angela Merkel of Germany and other U.S./NATO allies.”

Fostering “a durable settlement” to hold Ukraine together should indeed be our primary objective. Exactly what details would be involved still need to be hammered out. The Minsk 2 ceasefire statement stresses the need for“Constitutional reform in Ukraine, with adoption of a new constitution by the end of 2015. A key element of which will be decentralisation (taking account of the special features of certain parts of Donetsk and Luhansk regions, agreed with representatives of those regions), and adoption of permanent laws on the special status of those areas.”

Up until now, President Obama has resisted pressures to escalate the Ukrainian crisis by using the authority Congress has furnished him to send substantial military aid. But individual and media voices will continue to say “Putin only understands force. Don’t forget Munich and appeasing Hitler in 1938.”

One of the most astute twentieth century thinkers on political wisdom, Isaiah Berlin, once wrote, “What matters is to understand a particular situation in its full uniqueness, the particular men and events and dangers, the particular hopes and fears which are actively at work in a particular place at a particular time.” But for many of President Obama’s critics, the use of military means is almost a default position. Carden notes that Senator McCain has criticized European leaders “for not properly learning the lessons of Munich in 1938.” But, as Carden adds, “For the neocons, it’s never not 1938.” Berlin’s warning about understanding the “full uniqueness” of every political situation is too often ignored. True, history can help enlighten our present foreign policy choices, but historical analogies are often misapplied. In the 1960s, U.S. war hawks also said, “Don’t forget 1938—appeasement does not pay.” Only North Vietnam was not Nazi Germany. Neither is Russia today. Well-thought-out policies and difficult negotiating are presently required, not simplistic slogans and an overconfident belief in military resources.