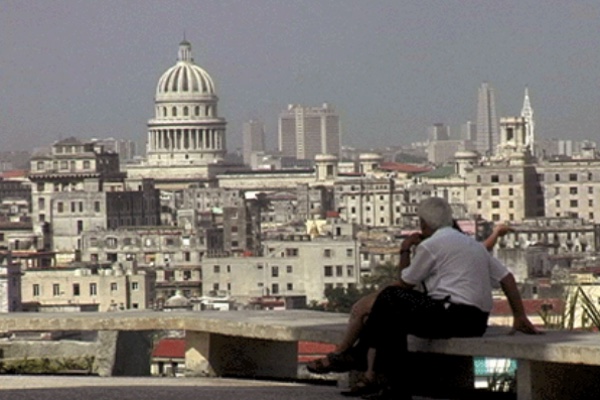 President Obama’s announcement of steps to open up diplomatic relations with Cuba this week was, as nearly every media outlet has called it, historic. A State Department official remarked to me that it felt a little like the fall of the Berlin wall all over again. Quite right.

The problem is that the history commonly cited goes back no further than 54 years. That may seem like a logical point since diplomatic relations were broken in January 1961, in the weeks before John Kennedy was sworn in as President. Three months prior, the U.S. had imposed a trade embargo. Such isolation has been the cornerstone of U.S. policy to Cuba ever since. Obama’s announcement starts a process to restore diplomatic relations, but it will require Congress to repeal legislation to end the embargo. With a Republican Congress, that is unlikely.

The importance of this week’s announcement, though, extends beyond U.S.-Cuba relations, and can be seen best from a historic vantage point further than 54 years. It is a history that is better known on the island, and throughout the hemisphere.

That extended history places Cuba front and center in a broader context of U.S. predominance in the hemisphere, with a recurring number of military interventions to protect business interests and to install friendly governments. It dates back to the early 1800s with calls in Congress to annex Cuba and an overture from President Franklin Pierce to purchase Cuba from Spain in 1853.

Going back further than 54 years would naturally include competing versions of the U.S. declaration of war against Spain in 1898 to liberate Cuba. Most Americans know only the sinking of the USS Maine and Teddy Roosevelt’s Roughriders, without reference to relegating Cuban independence fighters to the periphery of the treaty ending the war or to the imposition of the Platt Amendment in 1903 that restricted Cuban independence. Drafted at the State Department, this law included seven provisions that were to be incorporated in the new Cuban constitution. These included clauses that prohibited foreign powers from using the island for military purposes, reserved the right of the U.S. to intervene to protect life, liberty and property, and established an indefinite lease of coaling stations and a naval base at Guantanamo Bay. The provisions of the Platt Amendment stood until 1934 when President Franklin Roosevelt signed a Treaty of Relations with Cuba as part of his new approach to the region. That treaty, though, left in place the arrangement to continue the lease of Guantanamo Bay as a U.S. naval base.

It was this history that Castro referred to in a speech on January 2, 1959 in Santiago de Cuba, the day after overthrowing the dictator Fulgencio Batista. Castro told a crowd of 200,000: “This time, luckily for Cuba, the Revolution will truly come to power. It will not be like 1898, when the North Americans came and made themselves masters of our country.”

In his early speeches following his ascent to power, Castro continued this theme, pronouncing repeatedly, “Cuba is not Guatemala.” He was referring to 1954 when the U.S. actively plotted to overthrow Guatemala’s democratically elected President, Jacobo Arbenz, who tried to institute land reform that threatened the large holdings of the United Fruit Company. Castro might have easily said, though, that Cuba would not be Mexico or Haiti or Nicaragua, or more than a half dozen other nations in the hemisphere that had fallen prey to U.S. adventurism, through military occupation and intervention.

This is the larger history that the rest of the hemisphere remembers in the wake of the announcement last week. For as much as the Cuba under Castro since 1959 trampled on the rights of its citizens, and used the economic embargo by the U.S. as a distraction from the real reasons for suffering on the island, Cuba proved it would not be Guatemala. Cuba would refuse to succumb to the pressures from the U.S. and chart a course of independence from the U.S. that was a point of pride throughout the hemisphere. From Canada to Chile, people saw David standing up to Goliath, repeatedly and enduringly. As long as the U.S. continued to pursue policies of regime change on the island, in this hemisphere and even beyond, leaders and their peoples were willing to overlook human rights in Cuba. They were cheering for Castro, to sustain his path of independence from the United States.

Seen from this broader perspective, President Obama’s announcement opening up of diplomatic relations with Cuba is of far greater historic significance than just its impact on bilateral relations. This step spoke to the entire hemisphere, and beyond. By acknowledging a new relationship with Cuba, Obama was stepping back from a broader history of foreign policy pursuits of regime change. This would allow the U.S. the room to engage Cuba on the broad expanse of the relationship; we will continue the cooperation on migration issues, but also address issues of human rights and economic trade, without being accused of seeking to overthrow its leaders.

In the rest of the hemisphere, where U.S. interests are actually much larger than what we have at stake on the island, the diplomatic move last week removes a long-standing sore point. We will have additional space in each of our bilateral relations across the region to discuss our major interests in reducing threats from transnational criminal organizations and building new trade partnerships. Obama’s steps also give us credibility to emphasize human rights in Cuba and, perhaps, actually gain support for a position that used to be seen as part of an overall plot to bring down the Castro government.

Five years ago, rumors of Fidel Castro's death brought out celebrations in the streets of Miami, but they were the only people in the hemisphere celebrating. Premature eulogies for the man who had stood up to the U.S. for 50 years were appearing across the region. Some, like Alvaro Colom, the President of Guatemala, moved to atone for past actions, referring to the leader who replaced Jacobo Arbenz and who supported the U.S. in its plans for the Bay of Pigs: "I want to ask Cuba's forgiveness for having offered our country, our territory, to prepare an invasion of Cuba.“

Last week, Obama changed the nature of the discussion we have with not only Cuba, but with the entire hemisphere. Making such a move now will allow for the two years left in his term to show the results of this policy of engagement, not only in Cuba, but throughout the region.