The Nuclear Disaster You Never Heard of

John Howard, a professor of American studies at King's College London, is the author of "Men Like That and Concentration Camps on the Home Front." 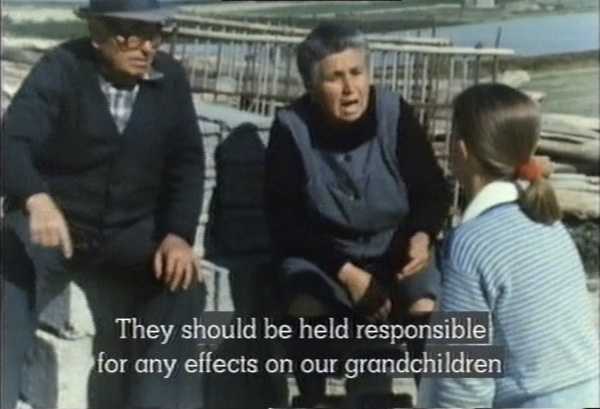 This month, with little fanfare, Palomares begins its 50th year as “the most radioactive town in Europe.” If you’ve heard of Fukushima, Chernobyl, and Three Mile Island but are unfamiliar with Palomares, you might wonder why. All appear in Time’s top-ten list of the world’s “worst nuclear disasters.” Palomares moreover has been called the worst nuclear weapons accident in history. So why do so few people outside Spain know about it?

The cover-up and whitewash were figurative, also literal. Though four nuclear bombs were rained on Spain, many vaguely recall a lone “lost” bomb, fished out of the Mediterranean intact.

So what exactly happened? On 17 January 1966, a US Air Force B-52 collided with its refueling plane, killing seven airmen and dropping four hydrogen bombs. Conventional explosives in two detonated on impact with the earth, blowing them to bits and scattering radioactive plutonium—a mutagen and carcinogen—over the farming town of Palomares, population 2000. 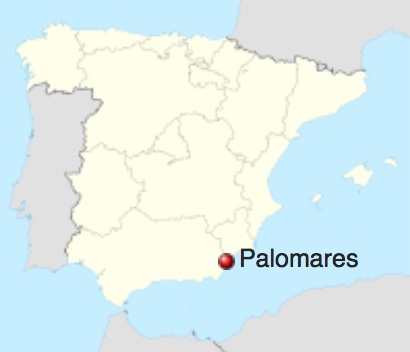 English-language journalists, though late on the scene, rushed their books into print, replicating oversights of the rushed cleanup operation and circulating the myth of a single lost bomb. Pioneering female foreign correspondent Flora Lewis screamed One of Our H-Bombs is Missing, borrowing a title from 50s Red Scare pulp fiction. Likewise demonstrating their national allegiances, British reporter Christopher Morris lamented The Day They Lost the H-Bomb and American science writer Barbara Moran, four decades later, decried The Day We Lost the H-Bomb.

Only New York Times correspondent Tad Szulc pluralized the threat with The Bombs of Palomares. He further measured the relative importance of events. “Although the long spectacular search” for the harmless fourth bomb—at the bottom of the Med for eighty days—“was to overshadow the village’s radioactivity problem in [U.S.] public opinion, the contamination was in reality the most significant” calamity. Even so, Szulc’s book, like all the others, gave inordinate attention to the “heroic” sea search and its mesmerizing high-tech submersibles. From Pinewood to Hollywood, Finders Keepers to Men of Honor, moviemakers followed suit, literalizing a single lost bomb, duly found by singer Cliff Richard or actor Cuba Gooding, Jr. (A notable exception: Michael Cacoyannis’s landmark The Day the Fish Came Out.)

So what was of greatest significance in early 1966? In addition to the seven airmen, plus eight more killed in a Palomares supply plane crash, people in Palomares suffered—and still suffer—potentially fatal radioactive exposures. At the time, no was evacuated; no one was officially informed for six weeks. Even then, U.S. Ambassador Angier Duke told the international press corps an unconscionable lie: “This area has gone through no public health hazard of any kind, and no trace whatsoever of radioactivity has ever been found.” Why then were nearly 5000 barrels of hot soil and crops shipped away for burial in South Carolina? Why today is plutonium found throughout the food chain in Palomares? Why is radioactivity evident downwind, in neighboring Villaricos?

Spanish authors and activists have provided answers, along with Israeli feminist Dina Hecht. However, Hecht’s extraordinary documentary film Broken Arrow 29, broadcast by Britain’s Channel 4 on the disaster’s 20th anniversary, has never been aired in the U.S. In the lead-up to the 50th anniversary, January 17, 2016, will Americans continue to cover their ears and avert their eyes?

What do Americans need to know? Of crucial concern, many Spanish injuries, fatalities, and miscarriages have been attributed to the disaster. But the United States government assumed limited liability, paying only property damages averaging $250 per person, accepting no responsibility for loss of life or loss of livelihood. To this day, U.S. authorities provide technical assistance, as they argue over “acceptable levels” of contamination. On her last official visit to Spain as Secretary of State, Hillary Clinton repeated the usual platitudes and prevarications, even when informed of a secret U.S. dump discovered in Palomares in 2008.

Like this cover-up, the whitewash was not only figurative but also literal. The military’s 200-page Palomares Summary Report contains one solitary tossed-off sentence about radioactive contamination of local homes, not even referenced as such. Unspecified “buildings,” the report hedges, “were washed but in [some] cases this was not sufficient to lower the contamination level to the acceptable limit, and whitewashing had to be done.” In spineless bureaucratese, these passive verb constructions cloud procedures, obscure U.S. military agency, and naturalize what “had to be done.”

So who did what? Along with townspeople’s testimonies, Department of Defense footage first screened by Hecht helps piece it together, as it inadvertently exposes staggering environmental racism. Just as white officers ordered African American servicemen to shovel contaminants into barrels and launder contaminated uniforms, they likewise instructed a black enlistee with gloves but no mask to take radiation readings of buildings. When homes registered as radioactive, servicemen sprayed them with high-pressure water hoses over and over, damaging walls, roofs, and interiors, and exhausting local water supplies. When the homes still read as radioactive, troops whitewashed them, simply painting the plutonium into the surface of the house.

With a half-life of 24,000 years, the plutonium will long outlast the paint, insuring that children’s and animals’ inevitable scraping, licking, and eating of paint chips—so well-documented around lead-poisoning—will have alarming long-term carcinogenic and mutagenic effects. In years to come, periodic sanding for fresh painting will no doubt re-suspend plutonium particles and increase the probabilities of inhalation and lung cancer. Thus, as I summarized for colleagues at the American Historical Association’s 129th annual meeting, U.S. whitewashing has embedded contamination into the very structures of local communities, the very air of local environments.

What now? As the U.S. dickers over decontamination—not to mention reparations or reconciliation—organizers in Palomares promise openness and honesty, despite all the commercial advantages of keeping quiet. As former mayor Antonia Flores puts it, “Since no one cares a damn about us, we won’t forget.” Strategies of memorialization include street-naming, as with Bombards Street, 17 January 1966 Street, and 17 January 1966 Crossing, where I lived over the winter of 2011-12. I continue to conduct research there.

What do I see? Foremost: Resilience. After U.S. forces stole and depleted local water stocks, citrus groves dried up and died. After the flawed cleanup, six successive tomato harvests failed. After the agricultural economy collapsed, an exodus ensued, the population cut in half. But people bounce back.

As my forthcoming documentary photobook shows, whitewashing is resisted not only in annual protests and commemorations but in everyday practices of working, playing, talking and remembering. Farmers still till the land, children go to school, while on the outskirts of town, a rural sex industry has emerged, complicating liberationist calls to occupy liminal spaces. Low-budget tourists now frequent the Palomares environs, and where black servicemen once shifted toxic barrels, there are now naturist hostels and residential communities, a nudist beach with gay cruising ground, and a small strip of eateries, drag venues, gay bars, and heterosexual swingers clubs.

In the nuclear age, as the Palomares disaster semicentennial approaches, marginalized peoples adopt the most marginal lands.