The Christmas Truce: A Sentimental Dream

Peter Hart is Oral Historian of the Imperial War Museum in London. He is the author of "The Great War: A Combat History of the First World War," "Gallipoli," "The Somme: The Darkest Hour on the Western Front," and "1918: A Very British Victory." His most recent book is "Fire and Movement: The British Expeditionary Force and the Campaign of 1914."  This post originally appeared on the OUPBlog. 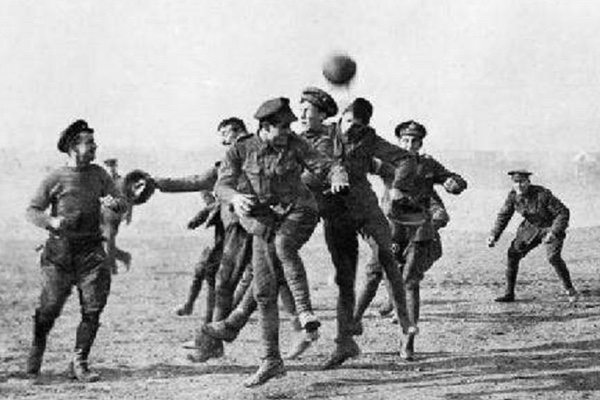 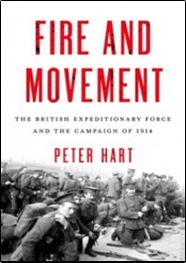 By December 1914 the Great War had been raging for nearly five months. If anyone had really believed that it would be ‘all over by Christmas’ then it was clear that they had been cruelly mistaken. Soldiers in the trenches had gained a grudging respect for their opposite numbers. After all, they had managed to fight each other to a standstill.

On Christmas Eve there was a severe frost. From the perspective of the freezing-cold trenches the idea of the season of peace and goodwill seemed surrealistic. Yet parcels and Christmas gifts began to arrive in the trenches and there was a strange atmosphere in the air. Private William Quinton was watching:

We could see what looked like very small coloured lights. What was this? Was it some prearranged signal and the forerunner of an attack? We were very suspicious, when some­thing even stranger happened. The Germans were actually singing! Not very loud, but there was no mistaking it. Suddenly, across the snow-clad No Man’s Land, a strong clear voice rang out, singing the opening lines of “Annie Laurie“. It was sung in perfect English and we were spellbound. To us it seemed that the war had suddenly stopped! Stopped to listen to this song from one of the enemy.

On Christmas Day itself, in some sectors of the line, there was no doubting the underlying friendly intent. Yet the men that took the initiative in initiating a truce were brave – or foolish – as was witnessed by Sergeant Frederick Brown:

Sergeant Collins stood waist high above the trench waving a box of Woodbines above his head. German soldiers beckoned him over, and Collins got out and walked halfway towards them, in turn beckoning someone to come and take the gift. However, they called out, “Prisoner!” A shot rang out, and he staggered back, shot through the chest. I can still hear his cries, “Oh my God, they have shot me!”

This was not a unique incident. Yet, despite the obvious risks, men were still tempted. Individuals would get off the trench, then dive back in, gradually becoming bolder as Private George Ashurst recalled:

It was grand, you could stretch your legs and run about on the hard surface. We tied an empty sandbag up with its string and kicked it about on top – just to keep warm of course. We did not intermingle. Part way through we were all playing football. It was so pleasant to get out of that trench from between them two walls of clay and walk and run about – it was heaven.

The idea that football matches were played between the British and Germans in No Man’s Land has taken a grip, but the evidence is intangible.

The truce was not planned or controlled – it just happened. Even senior officers recognised that there was little that could be done in this strange state of affairs. Brigadier General Lord Edward Gleichen accepted the truce as a fait accompli, but was keen to ensure that the Germans did not get too close to the ramshackle British trenches:

They came out of their trenches and walked across unarmed, with boxes of cigars and seasonable remarks. What were our men to do? Shoot? You could not shoot unarmed men. Let them come? You could not let them come into your trenches; so the only thing feasible was done – and our men met them half-way and began talking to them. Meanwhile our officers got excellent close views of the German trenches.

Another practical reason for embracing the truce was the opportunity it presented for burying the dead that littered No Man’s Land. Private Henry Williamson was assigned to a burial party:

It should be noted that the truce was by no means universal, particularly where the British were facing Prussian units.

For the vast majority of the participants, the truce was a matter of convenience and maudlin sentiment. It did not mark some deep flowering of the human spirit, or signify political anti-war emotions taking root amongst the ranks. The truce simply enabled them to celebrate Christmas in a freer, more jovial, and, above all, safer environment, while satisfying their rampant curiosity about their enemies.

The truce could not last: it was a break from reality, not the dawn of a peaceful world. The gradual end mirrored the start, for any misunderstandings could cost lives amongst the unwary. For Captain Charles Stockwell it was handled with a consummate courtesy:

In other sectors, the artillery behind the lines opened up and the bursting shells soon shattered the truce.

War regained its grip on the whole of the British sector. When it came to it, the troops went back to war willingly enough. Many would indeed have rejoiced at the end of the war, but they were still willing to accept orders, still willing to kill Germans. Nothing had changed.