Why Historians Need to Refocus on the Importance of Emotion in History, Starting with Shame

Peter Stearns is a Professor of History and Provost Emeritus at George Mason University. He served as Provost from 2000-2014. This article was the basis for a presentation at the annual meeting of the American Historical Association in New York in January. 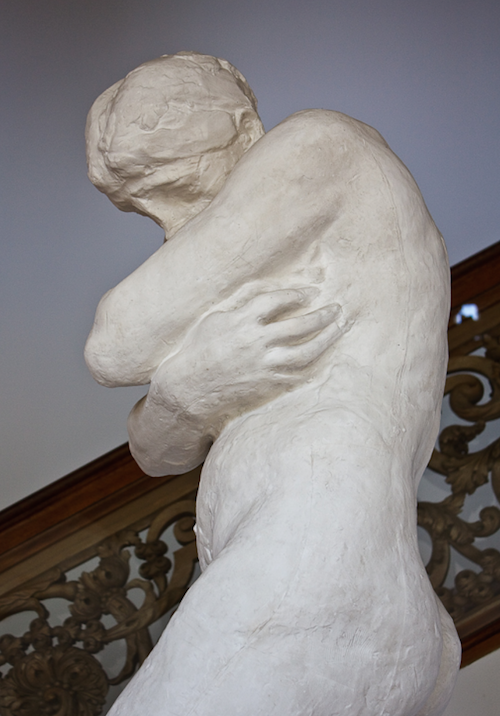 Rodin's Eve after the Fall (Wikipedia)

I offer here some brief comments on shame, its history, and opportunities in the history of emotion. I’ve been concerned, despite the impressive flurry of work on emotion by historians at major centers that have sprung up in several countries, that we’ve not maintained adequate connections with the other fields that dominate research on emotion, notably psychology and sociology.

An update on shame serves as a case in point, where connections would stimulate new history research and provide needed data and perspectives for the social scientists.

We know one key thing about shame and history, thanks particularly to work by John Demos some decades ago. Widely displayed in colonial America, complete with public stocks, it declined in popularity by the mid-nineteenth century. Recent Googlebooks data confirm this, by the way. But after this core discovery, historians have been silent on the emotion.

Not so social scientists, who have been pouring out impressive amounts of work on current patterns of shame, and particularly the emotion’s harmful effects. Whether we’re talking about prisoners, children, or fat people, shame targeting simply makes things worse, causing resentment and sometimes counterproductive reactions.

So how can history, which dropped the topic, now contribute? First, by tracing how shame held on, over the past fifteen years, despite declining support. Example: shame continued to run strong in school discipline until after World War II; here’s a key facet to explore more precisely. Shame was directly invoked in World War I, against draft dodgers, complete with published names. It’s only in the last few decades that gays have been pushing back on shame, with considerable success. There’s a richer recent history here than over-facile references to decline can encompass.

Second: how and when, in all this, did shame begin causing the kind of resentment social psychologists now emphasize? It didn’t prompt this in colonial times, it doesn’t even today in some Asian cultures where the emotion is more openly deployed. The complex combination of continuity and reproval, in the United States over the past century plus, clearly centers this explanation.

Third, has the decline of modern shame any downsides? Are we losing an emotional enforcement tool that used to work well? Here is where historical perspective, not assuming that modern formulations are necessarily best, can really challenge the dominant social psychology. When a leading international lobbyist says recently that “shame is for sissies,” we may want to rethink shame’s uses in modern politics and finance.

And finally, unexpectedly: the same Googlebooks data that confirm Demos on the decline of shame references since the 1840s show a marked uptick, in the United States, since the 1960s (though not back to pre-decline levels), and the New York Times index does the same. What’s going on here? Historians and social scientists alike face a definite challenge here, in terms of recent emotions history.

My hope is that this sketch helps remind emotions historians more generally to return to other facets of emotions research in the social and behavioral sciences. The combination generates betters questions and more solid connections, toward the interdisciplinary understanding of what emotions are all about. It would be a shame to neglect this potential.