Are We on the Verge of the Death Spiral that Produced the English Revolution of 1642-1649?

Eric Nelson is the Robert M. Beren Professor of Government, Harvard University and the author of “The Royalist Revolution:  Monarchy and the American Founding” (Belknap Press, 2014). 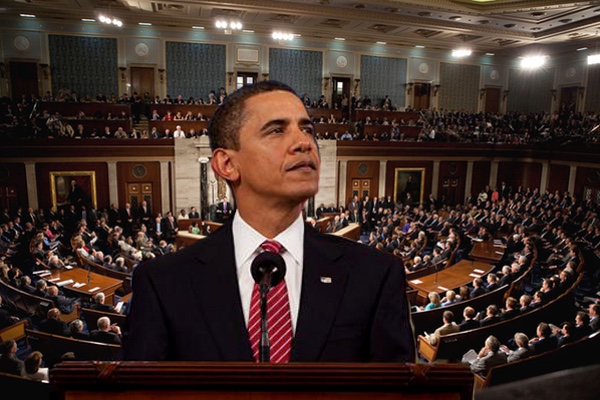 The increasingly dangerous political impasse in Washington would have come as little surprise to John Adams. While many of his countrymen regarded the new United States as a republic, or even a democracy, Adams pointed out to a correspondent in 1789 that if we carefully “consider what our constitution is” we will conclude that it is, in fact, “a limited monarchy.” Adams’s remark might seem odd. We tend to think that a monarch and a president are fundamentally different things, and that the framers of the Constitution opted for the latter because they did not want their new executive to wield kingly power. But Adams recognized that the president’s authority has “no equal in the world, excepting those only which are held by crowned heads; nor is the royal authority in all cases to be compared to it.” 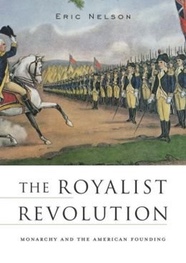 In other words, there are crucial respects in which the Constitution assigned the president more than kingly power. British monarchs had lost the ability to veto bills decades before the American Revolution, and their executive powers had long since passed to ministers who could not remain in office without the support of a parliamentary majority. The president, in contrast, would be armed with a veto and his administration would be independent of the legislature. The framers thus ensured that our form of government would most closely resemble an extinct version of the English constitution: the “mixed” or “limited” monarchy of the 17th century. If, like Adams, we take this comparison seriously, we will notice that our current political travails are not at all unprecedented. Congress and President Obama are well on their way to reenacting the constitutional death spiral that produced the English Revolution of 1642-1649.

The virtue of limited monarchies is also their vice. They distribute the essential functions of government among several distinct institutions— in early-modern England, King, Lords, and Commons; in the United States, President, Senate, and House of Representatives—and require the agreement of all in order for law to be made (the President’s veto can be overridden by a supermajority of both houses of Congress, but this is a difficult, and therefore uncommon maneuver). No one institution is empowered to trump any of the others. If any institution had such authority, the regime in question would cease to be a limited monarchy: the “trumping” power would simply become sovereign, as did the British Parliament after the Glorious Revolution of 1688. Limited monarchies must therefore rely above all on the prudential restraint of those who control the various branches of government. If any one of these institutions strains its prerogatives to the limit, or refuses to perform its proper functions, there is no constitutional remedy. It is, for example, not unconstitutional for the House of Representatives to refuse to fund the government, or for the Senate to deny confirmation to all presidential nominees. But since only the House can originate money bills, and only the Senate can confirm nominees, the system cannot tolerate such intransigence for long. The other branches are invariably tempted to step into the void by exerting their own prerogatives in increasingly dubious ways, yielding a vicious cycle of escalating constitutional brinksmanship.

It was this poisonous dynamic that destroyed the monarchy of Charles I. Under the English constitution, only the House of Commons could raise taxes to fund the government. But the House systematically refused to do so unless the king agreed, among other things, to dismantle the Church of England—and the Commons maintained this posture even when a Scottish army invaded the north of the country and the king desperately needed money for the defense of the realm. Charles responded to the House’s blanket refusal to fulfill its constitutional responsibility by dissolving Parliament and ruling without it for eleven years. At no point during the “Personal Rule” did Charles claim the right to make law without parliament. He simply tried to make do without the passage of any new laws. But the state’s urgent financial needs prompted him to devise a series of highly unorthodox uses of the royal prerogative in order to raise funds—most notoriously, his levy of “ship money.” Charles’s transparent effort to circumvent the Commons’ constitutional monopoly on taxation further enraged his opponents and rendered them even more intransigent when Parliament finally reassembled in 1640. The spiral of legislative obstruction and royal overreaching continued until it could be resolved only by war. Charles went to the scaffold in 1649.

“Change only the names,” wrote Horace, “and the story is told about you.” After taking control of the House of Representatives in 2011, congressional Republicans refused on several occasions to fund the government unless President Obama agreed to abolish Obamacare or enact other entitlement reforms—and they threatened to maintain this posture even if doing so would cause the nation to default on its debt obligations. Having concluded that he could not secure passage of any new bills through the House without surrendering what he was unwilling to surrender, the President decided to govern without Congress. The last two years have witnessed a peculiarly American form of Personal Rule.

Like Charles before him, however, President Obama came to realize that he could not govern without Congress unless he was prepared to strain the prerogatives of his office in exotic and unprecedented ways. Some of his maneuvers have been straightforwardly unconstitutional (his novel use of recess appointments), some have been of dubious constitutionality (his recent decision not to enforce the nation’s immigration laws in a wide range of cases), and some have probably conformed to the letter, but not the spirit of the law (his use of the EPA’s regulatory authority to require massive reductions in carbon emissions). These increasingly aggressive exertions of executive power, plainly designed to circumvent Congress’s constitutional authority to make law, have further antagonized the President’s opponents in the legislature, emboldening them to explore still more novel forms of retaliation—most recently, bringing a lawsuit against the President and threatening to deny confirmation to all executive nominees. And on it goes.

At this point, the optimist will note that the American limited monarchy possesses resources for breaking impasses of this kind that the English original lacked. Charles I could not be voted out, nor could the members of the House of Lords (or even members of the House of Commons after 1641). But in America, goes the thought, in the event of a dangerous stalemate between the executive and the legislature, the people can pick a winner by turning one or the other institution over to the opposition party. This is true, but it provides little comfort. There are structural reasons why the House of Representatives is likely to remain in Republican hands for the foreseeable future, just as there are structural reasons why the presidency is likely to remain in Democratic hands. Despite the fact that the impasse in Washington has become obviously dangerous, Personal Rule and its discontents are likely to be with us for some time to come.

If the electorate will not save us, it would seem we must turn instead to the politicians themselves. They must be reminded that limited monarchies such as ours depend upon the cultivation of discretion, restraint, and norms of comity. The cycle of escalation will not break itself. The new Congress should by all means register its disapproval of the president’s executive action on immigration, but it should not retaliate by refusing to perform its constitutional responsibilities of funding the government and confirming qualified nominees. The president should then repay this forbearance with some of his own. It is sometimes said of our Constitution that it was designed to function well even under the direction of knaves. Nothing could be further from the truth. The Constitution cannot and will not save us unless those who hold offices under it are willing to step back from the brink.