Is Globalization the New Paradigm for History?

Lynn Hunt, a professor of history at UCLA, is the author of “Writing History in the Global Era” (W.W. Norton, 2014).

Globalization is not new as a phenomenon but the word itself took hold only recently. The Oxford English Dictionary records a first use in English in 1930 (in a different context, moreover), and a Google n-gram of “globalization” shows that usage soared suddenly in the 1990s.

Historians followed rather than led the way. A search of journals in the subject area “History” on Project Muse yields no articles employing the term “globalization” in the 1980s, 32 in the 1990s, and more than 1000 in the 2000s. Since the first four years of the 2010s have produced a yearly average of 162, the pace is still quickening.

Why is globalization “hot” now and what does it portend for the study of history? Globalization – defined most succinctly as the interconnection and interdependence of places far distant from each other -- did not abruptly attract attention in the 1990s because it only started then or took a fundamentally different shape at that moment. What did happen was the collapse of the Soviet Union and the end of the Cold War. Globalization filled the ideological vacuum created by the end of the Cold War division between capitalism and communism. 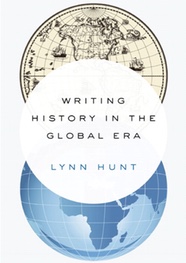 Historians in the U. S. have taken up globalization for a variety of reasons: the impact of immigration on national politics, on the composition of the student body, and eventually on the make-up of the faculty; the growing influence of world history in K-12 teaching and as a survey course at the college-level; not to mention the recurrent search for new horizons to explore. Cultural history has lost its luster, “theory” no longer excites passionate debate, and perhaps most important, the nation-state no longer seems so self-evident as the necessary unit of historical analysis. Although 39 percent of the history faculty in colleges and universities in the U.S. teach U.S. history, this is a lower percentage devoted to the history of the nation than can be found virtually anywhere else, and the history of the United States, like the history of many other nations, has recently burst its customary bounds. In my own field of French history the trend outward toward the colonies, in particular, has completely recast the job market, so that Ph.D. candidates now scramble to add an imperial or overseas dimension to their studies.

Globalization has yet to become a full-fledged paradigm because unlike Marxism or modernization theory, for example, globalization is not linked to a research agenda derived from an overarching metanarrative. Scholars do not agree on the chronology of globalization and while many emphasize technology or trade, others point to the influence of politics, religion or culture. Moreover, globalization is still too much entangled with world history, global history, and transnational history. A few historians have begun to write analytical world histories, the best of them limited to a century, but most historians interested in the global have taken a transnational – or more rarely, a comparative – approach. The Journal of Global History, for example, publishes mainly articles in transnational history, that is, subjects that transcend national boundaries but fall far short of being truly global.

This focus on the transnational is not a limitation, however, for it fosters the building of models of globalization from the ground up rather than from the top down. The period 1500-1800 has proven especially fruitful for studies of how globalization developed in particular times and places, if only because interconnection and interdependence appeared in letters or other documents that themselves travelled ever-expanding regional and global networks yet were nonetheless preserved. Commodities such as chocolate, tobacco, coral and diamonds and networks such as those of Sephardic Jews, Armenians and South Asians have been traced around the globe, revealing all kinds of marvelous and even surprising information about the importance of local relationships, local tastes, and local habits.

Now that a clearer view of globalization in that period is emerging, it is time for historians to think more systematically about how the parts fit together, that is, about whether there is a metanarrative of globalization to be told that has a basis in historical research. Are diasporic networks so vital in the period 1500-1800 only because Europeans did not yet have the means to enforce their will across the globe? Is globalization today not still dependent, albeit in different ways, on diasporic effects, which include, after all, migration, displacement, and dissemination? Recent events in the Middle East have demonstrated once again that nation-states and diaspora can have very paradoxical interactions.

Even if a new paradigm of globalization is not immediately on the horizon, the perspectives generated by the interest in globalization are already proving to be invigorating. In my field of French history, for instance, it seems almost incredible now that general histories of the French Revolution could be written until very recently (and in some cases still are) with little or no mention of slavery, the slave trade, or the Haitian Revolution. Many revolutionary events can be explained, it is true, by reference to local or national politics within mainland France, but some important ones cannot. There would have been no French Revolution if France had not been a colonizing power eager to maintain its global position against Great Britain; to maintain its global position, the French government borrowed its way into a constitutional crisis in 1789, and as the saying goes, the rest is history, but it is a history better told from a global perspective.