Robert Zaretsky, a professor of history at the University of Houston, is the author of “A Life Worth Living: Albert Camus and the Quest for Meaning.” 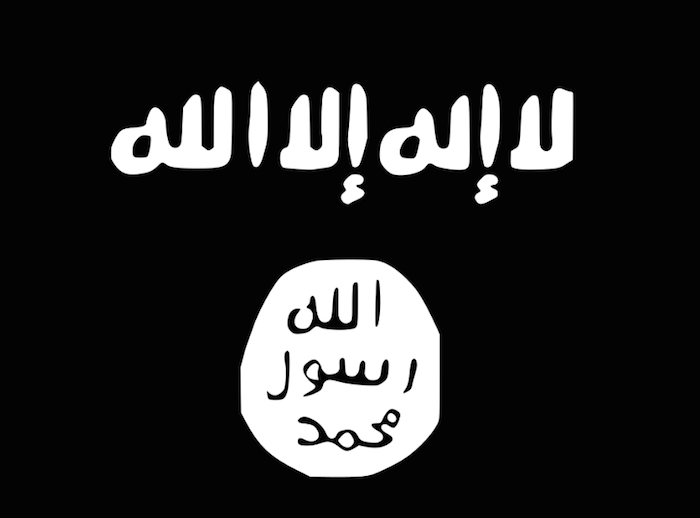 The recent video of ISIS militants cutting the throats of eighteen captured Syrian soldiers along with American aid worker Peter Kassig shocked the world. But unlike the previous executions, this instance of horror had a new wrinkle: the murderers did not wear masks. The horror was especially palpable in France: two of the murderers, Mickaël Dos Santos and Maxime Hauchard, are French citizens. With this unmasking, France was able to put faces to the more than 1000 Frenchmen who have given themselves to ISIS and its terrifying worldview.But these particular faces have blurred the traditional profile of ISIS militants. Until recently, French experts and authorities assumed that the vast majority of young men who have joined ISIS were of the same socio-economic and psychological stamp. They were, according to this profile, offspring of North African immigrants, no longer part of their parents’ world and not yet part of their new world. Raised in the country’s grim and forsaken suburbs, herded into dilapidated schools and handed worthless diplomas, suspected of being less than French because of their names and skin color, many of these young men were drawn to a movement that promised them not just community, but also purpose.Suddenly, though, this is no longer the case—or, rather, the case is more complex than originally believed. While a good number of French jihadists still issue from the broken and blasted suburbs, both Dos Santos and Hauchard hail from stable, bourgeois and, crucially, non-Muslim backgrounds. They were well liked in their communities and, through websites and chat rooms, had only recently converted to Islam. As David Thomson, a journalist who has closely followed the evolution of French jihadists, concludes, there is no longer an ideal type. Like Dos Santos and Hauchard, Thomson remarks, a number of other ISIS recruits “were perfectly integrated in their everyday lives before their departure [for Syria and Iraq].”These cases have left families and friends baffled. As the stunned mayor of Bosc-Roger, the Normand village where Hauchard grew up, declared: “He was never a rebel.” Yet French historians will glimpse a certain déjà vu in these new jihadists. Seventy years ago, Nazi Germany created the notorious 33 Waffen Grenadier Division der SS Charlemagne. Commanded by German generals, this SS military division, familiarly known as the Charlemagne, was formed by some 8,000 French volunteers. The recruits were trained in Germany and fought on the Eastern Front alongside German soldiers as they slowly retreated against the inexorable advance of the Russian army.The geographical distance between the ruins of Berlin, where remnants of the Charlemagne made their last stand, and the deserts of Iraq, where French recruits to ISIS now sow terror, is vast. But the ideological and psychological distances are far shorter. There are, in fact, several unsettling parallels between these two groups. The volunteers, then as now, were uniformly young and, as a result, impressionable and restless. In both cases, they issue from a variety of socio-economic backgrounds. Some ISIS militants, like Charlemagne members, come from poor and working class families, while yet others are bourgeois and well educated.
Indeed, being a product of France’s republican schools was not proof then or now against the allure of these movements and their recruitment techniques. First, the military successes of the Germany Army captured the imagination of young men. As one Charlemagne veteran recalled, “Germany was triumphant! Wherever their armies went, they were victorious.” The lightning victories of ISIS in northern Syria and Iraq have had a similar impact on the French recruits, who latch their own selves to the seemingly ineluctable rise and world domination of this movement. Second, ISIS videos share certain graphic elements found in German newsreels and recruitment posters splashed across occupied France. The latter framed uniformed young men of steely resolve and Aryan features, embodying a masculine ideal that transcended national borders. How similar to the ideal reflected in ISIS videos, where the militants’ combat uniforms, topped by beards, offer its chosen audience an equally compelling masculine ideal.

Moreover, the motivations at play in 2014 reflect those that won the hearts and minds of thousands of young Frenchmen in 1944. There is, inevitably, the thirst for adventure and hunger for power, as well as darker and nihilistic impulses. But the reasons for joining the Charlemagne or ISIS cannot be reduced to these causes alone. Though their worldviews differ in many important respects, they nevertheless share a Manichaean character, one that is totalitarian and exterminatory, whose simplicity can seize the vulnerable imaginations of those eager to join a world-changing force. Whether it is the establishment of a new Sunni caliphate or New European Order, the millenarian promise remains the same.Charlemagne members found reassurance in the fact that their reasons for joining were disdained by most of those they left behind. Likewise, the audience for one French ISIS recruitment video warns: “It will be said that you have been indoctrinated and you will be scorned.” But as with the converts to Nazism, the converts to this murderous expression of Islamism find the conviction that they have taken the right path. How could it be otherwise? After all, the Charlemagne combatants saw themselves as crusaders against communism; as one Charlemagne volunteer wrote to his family: “I am leaving for Russia to fight the enemy of all civilizations: Bolshevism.” Were we to replace “Russia” with “Syria,” and “Bolshevism” with “liberalism,” we might well find ourselves face to face with the bearded Abou al-Faransi, the name—which means “The Frenchman”—that Hauchard now goes by.Drawing these parallels between France’s past and present is more than a simple parlor game. Instead, they offer lessons that are both sobering and comforting. From one generation to the next, there will always be those susceptible to the siren call of millenarian movements that offer a heightened sense of purpose, along with the weapons and language to pursue it. Moreover, just as historians rightly underscore the extremely small percentage of Frenchmen who joined the Charlemagne ranks, future historians will no doubt do the same in regard to the French contingent in ISIS. Finally, that the parallels should recall to France, whose large Muslim community already and unfairly serves as a lighting rod for many discontents and disappointments, that Islam is no more responsible for the bloody-minded recruits to ISIS than liberalism was for those who flocked to the colors of the Charlemagne Division seventy years ago.
comments powered by Disqus