Malcolm Gaskill is Professor of Early Modern History at the University of East Anglia. His book "Between Two Worlds: How the English Became Americans" is published by Basic Books. 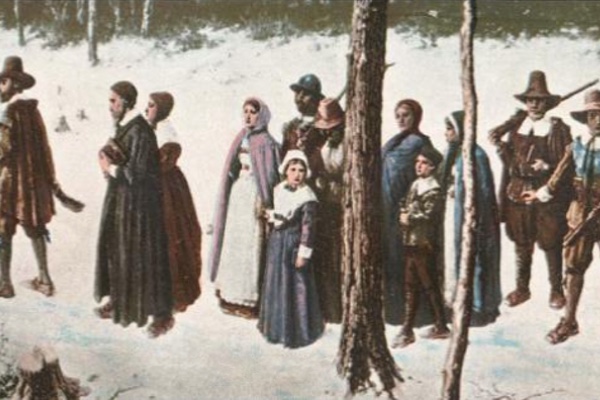 Twenty years ago, James Loewen’s book Lies My Teacher Told Me addressed the paradox that American history was full of gripping stories that bored students silly. The problem, Loewen decided, lay with the textbooks, written in a tone he called ‘mumbling lecturer,’ and in content off-putting even to adolescents of white European descent whose ancestry received the most attention. For the rest, these books were either irrelevant or offensive.

Loewen began with the ‘first Thanksgiving’ in 1621, which in the approved version was full of beguiling assumptions. The Pilgrims, it seemed, had carved a world from a wilderness, and everyone else – the Spanish, the Dutch, the Indians – was invisible or passive or wrong. The story had become a pious morality play, a creation myth to preserve and propagate national values. And what about the colonists outside Massachusetts, those who did not sail on the Mayflower? The first permanent colony was Jamestown in 1607, but who had heard of the Susan Constant, Discovery or Godspeed?

I’d like to think that things have improved in US schools since Loewen was writing. But the myths he describes thrive elsewhere, perhaps because previous generations have cherished them into adulthood. Liberty and democracy are historical tripwires. Pilgrim ‘liberty’ was not something we would much fancy today. New Plymouth’s government was more like an oligarchy than a democracy, and the idea of freedom of speech was anathema. Passengers on the Mayflower drew up a compact, often painted as an egalitarian proto-Constitution whereas in reality it was just a socially-exclusive old world company agreement. ‘In their pious treatment of the Pilgrims,’ Loewen argues, ‘history textbooks introduce the archetype of American exceptionalism.’ 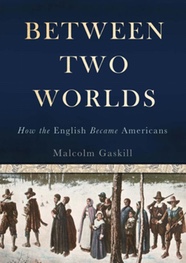 Exceptionalism implies that a people were special, selected by God or nature to blaze their own trial. The trend was established early on. Edward Johnson’s History of New England (1653) self-righteously praised migrants’ holy work. ‘Behold how the Lord of Hosts hath carried it on in despight of all opposition from his and their enemies,’ thundered Johnson, ‘in planting of his churches in the New World, with the excellent frame of their government.’ The tradition gathered strength in the post-revolutionary era. Thomas Jefferson viewed the Old World as a redundant Ruritania where brave souls were weighed down by the ‘monkish trammels of priests and kings.’

Some historians have taken an explicitly exceptionalist line, others fall into it. Even well-informed, liberal-minded scholars address readers as ‘we’ (as if all readers were US citizens), and treat Europe as mere backstory – a place to quit, not to communicate with, still less return to. It’s like the Atlantic had baptismal powers: by crossing it, a person might be reborn and given the chance to realize dreams that elsewhere were fantasies. Puritans, ruthlessly persecuted in England, could worship freely in America.

The truth was different. Of the 10,000 ministers in England, many of whom had radical sympathies, only seventy-six emigrated, and a third of those had never been in trouble with the authorities. So much for the ‘Puritan diaspora.’ The Pilgrim Fathers who dominate our memory were a tiny unrepresentative minority. Even the Puritans, whom the Pilgrims resembled, were outnumbered four-to-one in New England, and made the other four-fifths resent them by laying down the law and monopolizing power. Of 350,000 English migrants between 1630 and 1700, only 21,000 went to New England anyway. Three times as many went to the Chesapeake, and most to the Caribbean. From the English perspective, the West Indies were by far the most significant American destination, likewise from the perspective of the New England farmers who supplied plantation owners with food so they could concentrate on growing sugar.

So what was in these people’s heads? The Pilgrims, and the Puritans of Massachusetts Bay Colony, were undeniably hostile to orthodox religion in England. But they did not despair of the motherland, and hoped their example would be salutary. This is the true meaning of the Puritan John Winthrop’s ‘city on a hill’ speech, so beloved by presidential speechwriters, who have seen in it the mirage of a uniquely precocious libertarian spirit. Then there was reverse migration. A fifth of New England’s colonists had returned home by 1640, as most had always intended. When the English civil war broke out in 1642, hundreds came back to fight for parliament in the place they called home. Finally, the typical migrant, in so far as such a type existed, was deeply anxious about ceasing to be English, and did everything possible to cling to his or her former cultural identity.

In the end, institutions have origins and events have causes. We just need to remember that nothing looked as it does now, that nothing was inevitable, and that early Americans were not like us. It matters that in 1620 it was England that was the global superpower not the USA, which neither existed nor could be imagined. And it matters that when we mistake our minds for theirs, we do not reanimate the past: we fictionalize it. Our ancestors were aliens. ‘Were we to confront a seventeenth-century Anglo-American,’ the historian David Freeman Hawke once observed, ‘we would experience a sense of culture shock as profound as if we had encountered a member of any other of the world's exotic cultures.’