What You Didn’t Know About William Jennings Bryan. What You Should Know About Darwin.

Christopher L. Webber is an Episcopal priest and author of some thirty books including “American to the Backbone,” the biography of the fugitive slave and abolition leader, James W.C. Pennington. He is a graduate of Princeton University and the General Theological Seminary who has served parishes in Tokyo, Japan, and the New York area and currently lives in San Francisco. The work of William Jennings Bryan is dealt with more fully in Christopher Webber’s book, “Give Me Liberty: Speeches and Speakers that Shaped America,” Pegasus, 2014.

The action of the North Carolina legislature to pay compensation to victims of a forced sterilization program brings attention to an almost forgotten chapter of American history.  It may also provide an opportunity to set the infamous Scopes trial in a broader light and do justice to the much-maligned William Jennings Bryan for his role in that case.

The sterilizations that were carried out in so many American states were a direct result of Charles Darwin’s writing on the theory of evolution, writings which alarmed William Jennings Bryan and led him to campaign against it being taught in American schools.  Bryan was no theologian but an intensely practical man concerned with consequences.  His goal in life was to make the world a better place and he believed that teaching evolution would not do that.  In one area at least he was right.

Darwin followed up his publication of The Origin of Species in 1859 with a second book, The Descent of Man, published in 1871.  Bryan had prepared a long statement for the Scopes trial but the trial came to an end before he could enter it in the record.  In his statement, he quoted from The Descent of Man, in which Darwin had written:

With savages, the weak in body or mind are soon eliminated; and those that survive commonly exhibit a vigorous state of health. We civilized men, on the other hand, do our utmost to check the process of elimination; we build asylums for the imbecile, the maimed and the sick: we institute poor laws and our medical men exert their utmost skill to save the life of every one to the last moment. There is reason to believe that vaccination has preserved thousands who from a weak constitution would formerly have succumbed to smallpox. Thus the weak members of civilized society propagate their kind. No one who has attended to the breeding of domestic animals will doubt that this must be highly injurious to the race of man. It is surprising how soon a want of care, or care wrongly directed, leads to the degeneration of a domestic race; but, excepting in the case of man himself, hardly anyone is so ignorant as to allow his worst animals to breed.45

Bryan was appalled.  Darwin, he wrote,

. . .  reveals the barbarous sentiment that runs through evolution and dwarfs the moral nature of those who become obsessed with it. Let us analyze the quotation just given. Darwin speaks with approval of the savage custom of eliminating the weak so that only the strong will survive, and complains that “we civilized men do our utmost to check the process of elimination.”  How inhuman such a doctrine as this!  He thinks it injurious to “build asylums for the imbecile, the maimed and the sick” or to care for the poor.  Even the medical men come in for criticism because they “exert their utmost skill to save the life of everyone to the last moment.”  And then note his hostility to vaccination because it has “preserved thousands who, from a weak constitution would, but for vaccination, have succumbed to smallpox!”   All of the sympathetic activities of civilized society are condemned because they enable “the weak members to propagate their kind.” . . .  Could any doctrine be more destructive of civilization? And what a commentary on evolution!  He wants us to believe that evolution develops a human sympathy that finally becomes so tender that it repudiates the law that created it and thus invites a return to a level where the extinguishing of pity and sympathy will permit the brutal instincts to again do their progressive (?) work! . . .  Let no one think that this acceptance of barbarism as the basic principle of evolution died with Darwin. ( Memoirs, p. 550)

Bryan’s concern was with practical outcomes, not “What do Christians believe?” but “What difference does it make?”  Evolution seemed to him to be making the wrong kind of difference, and in his time it often did.  The development of what is now called “Social Darwinism” is far too complex to be dealt with fairly in this brief article, but German militarism in World War One seems to have been influenced by it and the Turkish genocide of Armenians was justified by some on the same grounds. 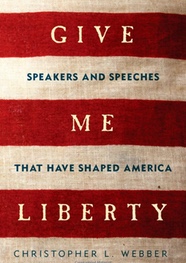 The same enthusiasm for improving the human race called “eugenics” led a majority of the states to pass laws allowing the sterilizing and castrating of selected populations, typically prisoners and those with reduced mental abilities.   California, in particular, carried out thousands of sterilizations. Unnoticed at the time of the Scopes trial was the publication in the same year, 1925, of Mein Kampf in which Adolf Hitler called for the improvement of the race by the elimination of inferior people: Jews, gypsies, homosexuals, the mentally retarded, and others.  Once the full significance of that program became visible at the end of World War Two, eugenics and social Darwinism took on a different appearance and the interest in improving the human race by those methods withered away.

The ongoing struggle over the teaching of evolution in American classrooms and courthouses seems now to be confined to a conflict between what scientists believe and what some Christians believe but unfortunately William Jennings Bryan’s role in the Scopes trial is caricatured in those same terms.  Undoubtedly Bryan had a simplistic view of the Bible, but the cause Bryan was championing was one with which most Americans today would probably agree: human beings are not to be treated as mere tools in some gigantic experiment.  Human progress is created when societies find new and better ways to incorporate the weakest and most handicapped as fully as possible in the life of their community.  The North Carolina legislature has taken an important step in recognizing a wrong turn in its past and has set an example for many other states to follow.

Perhaps it is time also to rescue William Jennings Bryan’s reputation from the stain of the Scopes trial.  He was not a brilliant and original thinker but he was a man who consistently worked for the weaker members of society and set the Democratic party on the side of those who were being left behind in the free-for-all evolutionary struggle of the age of industrialization.