He Was Scottish and He Changed the World. And Hardly Anyone Knows His Name.

Julian Havil is the author of "Gamma: Exploring Euler's Constant", "Nonplussed!: Mathematical Proof of Implausible Ideas", "Impossible?: Surprising Solutions to Counterintuitive Conundrums", and "The Irrationals: A Story of the Numbers You Can't Count On" (all Princeton). He is a retired former master at Winchester College, England, where he taught mathematics for more than three decades. His latest book is “John Napier: Life, Logarithms, and Legacy (Princeton University Press, 2014). 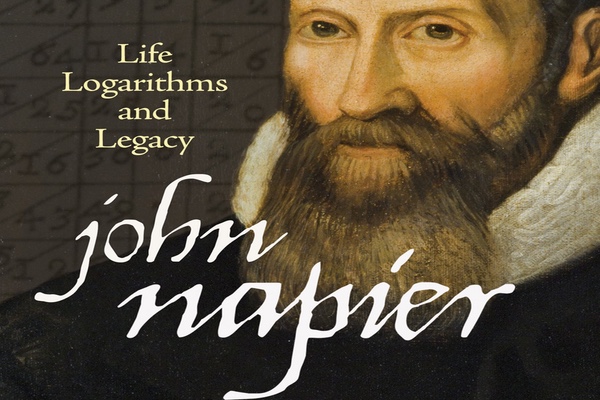 The year 2014 is significant in Scottish history. It marks the 700th anniversary of the battle of Bannockburn, with the victory of Robert the Bruce over Edward II a significant strike for Scottish independence, the determination of which was eventually made by ballot of the Scottish people, again in 2014. There is a third commemoration though, one which is far more easily missed, even though its significance is universal and profound: 2014 marks the 400th anniversary of the publication of a book, written by a Scotsman and published in Scotland, which numbers among the most significant scientific publications ever produced. This bold assertion invites scrutiny, since it numbers this modest volume among panoply of seminal works and its author among the likes of Aristotle, Galileo, Newton, Einstein... But then, John Napier’s work helped to change the world of his time and the world through to the late 20th century. And, in a way, it still has profound influence. 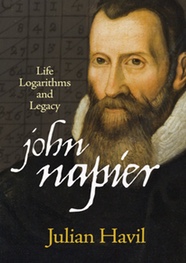 John Napier, 8th Laird of Merchiston, was of high Scottish lineage. A significant landowner before and, more still, after acquiring his hereditary title, he might well have expended his efforts quarrelling with his peers and vying for supremacy; such was very much the custom. Instead, he ran his estates well, engaged in the political and religious turmoil of the time and studied agriculture, horticulture, alchemy, Latin and Greek, theology and mathematics. His interpretation of the Book of Revelation was published to the immense satisfaction of the greater Protestant community and his wider contemporary fame rested upon its 390 pages; yet, and it is a fact which would be shocking to him, this is not the work that has caused his memory to be exalted. This accolade falls to a quarto book of just 147 pages, the last 90 of which are tables, a book universally known as Descriptio.

Napier had chosen to confront the least attractive but crucially important facet of the mathematical sciences: the difficulties inherent in routine calculation--but, at least initially, calculation of a particular type. The astronomers were meant to be the principal beneficiaries of his work, with astronomy by far the most advanced science of the time, primarily because of its application to navigation on the high seas.

Napier devised what we might romantically term a mystical bridge between the real-world numbers of the astronomer and an abstract number world of his invention, in which an equality of ratios in the real world became an equality of differences in the abstracted world: a single unknown in the ratio thereby became comparatively easy to evaluate. Indeed, his first choice of term for his tables of abstracted numbers was artificial, to be replaced by the time of this publication by the now ubiquitous logarithm, a portmanteau word conjoining the Greek words for ratio and number. Napier, after more than 20 years of private study, had formulated an idea which was to be the prototype of the uniquely successful tables of base 10 logarithms, which served humanity’s calculative purposes for more than 350 years. Points of central interest are these:

● Exponential notation did not then exist and so the modern, neat definition of a logarithm was unavailable to him.

● His conception was based on the relative motion of two points, which required the unacknowledged but intrinsic use of instantaneous velocity, long before calculus came into existence. By some, this was perceived as a weakness.

● His idea was immediately acknowledged as one of the first importance and the word logarithm quickly entered the English lexicon. For example, in 1632 Ben Jonson included the word in his comedy The Magnetic Lady.

● Napier’s original design specification was retrospectively seen by him as unnaturally restrictive and unnecessarily cumbersome. It did not obey what are now known as ‘the laws of logs’

● The immediate collusion between Napier and the English mathematician Henry Briggs brought about significant amendments, which resulted in the (base 10) variant, which was to serve the world as the principal means of calculation until at least the mid 1970s. With these changes those ‘laws of logs’ pertained.

● The mechanical equivalent of logarithms, known as the slide rule or slipstick, quickly came into existence and became an essential tool for scientists and engineers.

With Napier and his logarithms we have a striking example of the altruistic evolution of a scientific idea. He invented a working prototype, acknowledged its weaknesses, worked with another on its improvement and allowed the world to have unencumbered access to its benefits. It might have been that the idea was of transient usefulness, just as his other inventions, but such was not to be the case. Apart from those early and important modifications, the difference between his 1614 conception and our 20th century inheritance of it were inessential.

The reader might ask the question: how were the calculations performed that allowed the construction of (insert any great structure built after Descriptio and into the 20th century)? The answer is with the use of logarithms and the slide rule. And what is that ‘profound influence’ mentioned in the opening paragraph? His initial conception was, quite unbeknown to him, essentially the natural logarithm of central importance throughout the years and to this day.

The episode stands as one the great intellectual achievements of all time, made by a man working in solitude, remote from the academic world of his day. Yet, his name is in danger of falling into the shadows of our everyday record of scientific endeavor, remembered almost exclusively by those of more mature years. The prominent 2010 Brittanica publication, The 100 Most Influential Scientists of all Time, makes no mention of Napier.

We have a travesty in the making and one which, with a little effort, might be avoided.